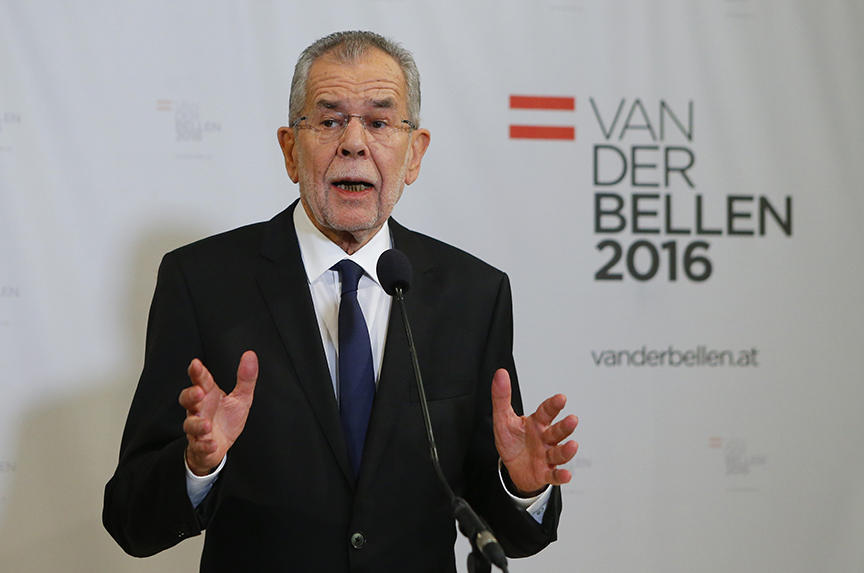 On December 5, Austrians voted against far-right populism and for Europe. Norbert Hofer, the presidential candidate of Austria’s right-wing Freedom Party (FPÖ), conceded the election to Alexander Van der Bellen, former head of the Greens who ran as an independent. Van der Bellen ran an unabashedly pro-European Union (EU) campaign at a time when the EU faces increasing internal pressures from the migrant crisis, lingering economic stagnation, and the fallout of Brexit. In his victory speech, Van der Bellen said that he would be an “open-minded, a liberal-minded, and first of all a pro-European federal president of the Republic of Austria.” But while his win is certainly a positive sign for the future of the European project, this should not give cause to Europe’s centrist, pro-EU forces to celebrate.

First, Van der Bellen’s win was far from an embarrassing landslide for the FPÖ. Hofer received 47 percent of the popular vote—the best electoral result for his party to date—putting him only six percentage points behind Van der Bellen. The FPÖ is a formidable force in Austrian politics and holds the third-largest share of seats in the National Council (forty out of 183), which positions it in close competition with the center-right Austrian People’s Party (ÖVP) that holds forty-seven seats. The Greens, Van der Bellen’s former party, hold only twenty-four seats. With these elections, the right-wing populists proved that they can mobilize almost half of Austria’s voters—populists in many other European countries can only dream of such wide-reaching support. And Van der Bellen’s clear win came only after a very close presidential election earlier this year, which Austria’s constitutional court annulled due to irregularities. His win on December 5 was hard fought.

Second, Van der Bellen is not a mainstream centrist politician. He ran as an independent with support from the Greens, but the Greens are still a marginal political party in Austria. For the first time in Austria’s post-war history, voters had to choose between two candidates, neither of whom belonged to a centrist political party. This signals that the center is weak and thinning out to the fringes—a pattern not unique to Austria, but rather indicative of broader trends across Europe where centrist parties are struggling to appeal to disenchanted voters. Thus, Van der Bellen’s win should not be interpreted as a win for the centrists, but rather further sign that mainstream parties of the left and right are in trouble.

Lastly, we should take a step back to consider that most observers’ reaction to the election was surprise that the right-wing populist party didn’t win. There was a time, not long ago, when the idea of a populist party coming so close to winning the presidency of a Western European country was unfathomable. It is indicative of the rising strength of populist forces that many fully expected the populist tide to manifest itself in Austria—a country that has gone through Europe’s many crises relatively unscathed and whose people enjoy a high quality of life with one of the lowest unemployment rates in Europe.

Still, the elections demonstrate that the populist wave has its limits and can be stopped. Austria may have dodged the bullet, but European leaders who are facing their own election in 2017 would be wise to take a lesson from Austria: now is the time for centrist parties to reach out to voters who feel that their voices are not being heard and who are anxious about Europe’s future and their place in it. Marine Le Pen, the leader of the populist National Front in France, will likely make it to the second round of presidential elections in France. Recent polls show her in a tight contest with the center-right candidate, François Fillon. If France doesn’t want a populist surprise, French political leaders must take the populist challenge seriously rather than sighing a breath of relief after the Austrian election. The same lesson applies to the Netherlands and Germany, which will both have elections in 2017. Now is the time for pro-European liberal forces to wake up and take up the hard work of rethinking their strategy to once again find broader appeal among citizens.

Alina Polyakova is deputy director of the Atlantic Council’s Dinu Patriciu Eurasia Center and a senior fellow in the Future Europe Initiative. You can follow her on Twitter @alinasphere.

Image: Alexander Van der Bellen, former head of the Greens who ran as an independent, was elected president of Austria on December 4. (Reuters/Heinz-Peter Bader)