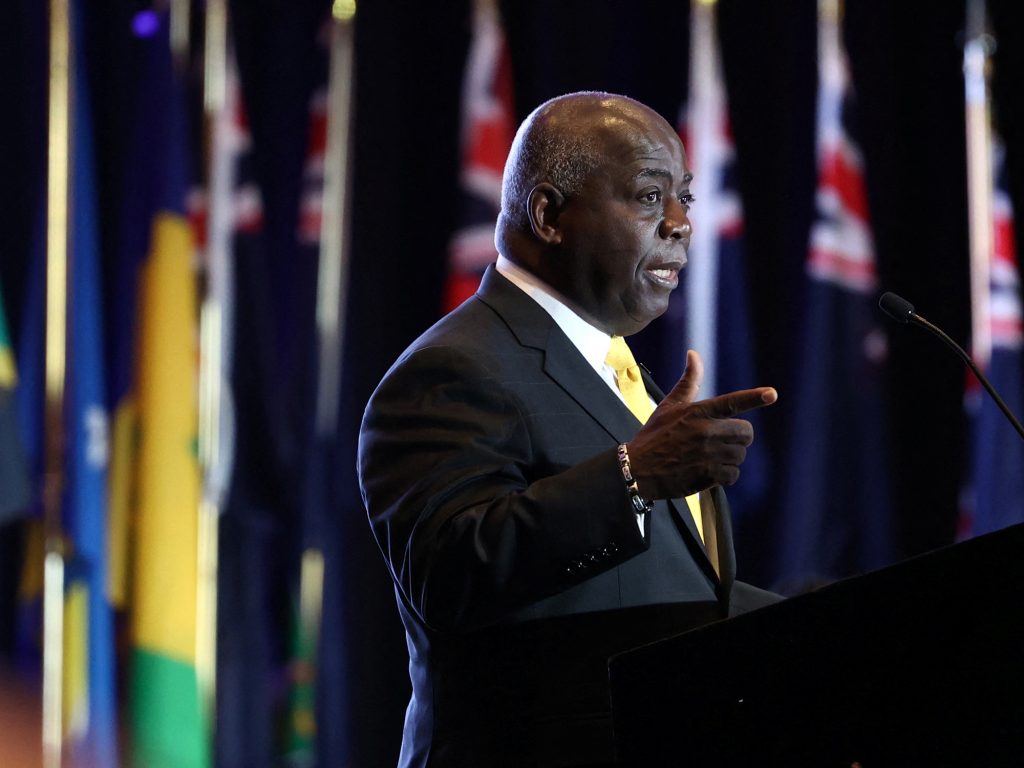 To get there, though, they’ll need other nations to provide more help than they have in the past, said Davis. “We are gratified that the United States has reengaged with us,” remarked Davis, referring to the United States as “kith and kin.”

Speaking on Tuesday at an Atlantic Council Front Page event, Davis was hopeful following a meeting with US Vice President Kamala Harris in Washington, DC.

Still, the Bahamian leader did not mince his words when speaking of the challenges the Caribbean faces, as climate change continues to increase the frequency of deadly hurricanes and global instability continues to drive some of the highest energy and food prices in the Western Hemisphere.

Read on for more highlights from his remarks and conversation with Jason Marczak, senior director of the Adrienne Arsht Latin America Center at the Atlantic Council.

“Climate change must be more than a buzzword”

A partner to the north

Image: Prime Minister of the Bahamas Philip Davis speaks at an event where leaders of Caribbean nations meet for a two-day conference to discuss the region's approach to the COP27 climate talks, in Nassau, Bahamas August 16, 2022. REUTERS/Dante Carrer.