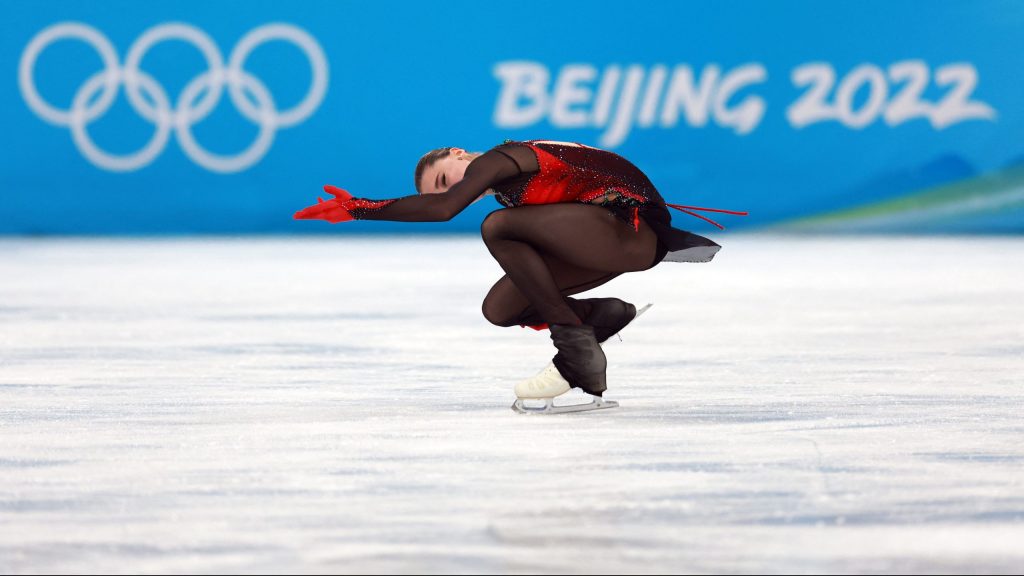 While Russia has continued massing troops and military equipment along Ukraine’s borders, raising fears that an invasion is imminent, a different kind of Russian drama has played out at the Winter Olympics in Beijing.

After helping the Russians take home gold in the figure-skating team event last week, 15-year-old Kamila Valieva ignited a firestorm of criticism when reports emerged that she’d tested positive for a banned substance in December. The Court of Arbitration for Sport ruled that Valieva could compete, and although she finished first in Tuesday’s short program, she came in a stunning fourth during Thursday’s free skate after falling several times. (Earlier, the International Olympic Committee announced there would be no medal ceremony if she had finished among the top three.)

Although Olympic figure skating has always been a mix of politics and sport, the display of national identity and political rivalry on the ice is something the American public tends to miss. But even I—a self-professed superfan, former skater, and foreign-policy researcher—was surprised to realize how closely Russia’s relationship with figure skating reflects the Kremlin’s foreign-policy trajectory.

One could draw three lessons in particular:

In both figure skating and foreign policy, Russia is keen to regain what it considers to be its former prestige. Since its introduction by Peter the Great three hundred years ago, the sport has been a powerful cultural export—and Russia takes great pride in its dominance of it (particularly in pairs skating and ice dancing). From 1964 to 1991, the Soviet Union won seven straight Olympic gold medals and twenty-four of twenty-six World Figure Skating Championship gold medals in pairs skating.

Now, the Kremlin wants to see both rise again. Before the 2014 Winter Olympics in Sochi, state funding once again poured into Russian figure-skating schools. With Russian President Vladimir Putin among the spectators at the event, Russian competitors captured the team gold medal—the first of those games for the host country. The home crowd roared for its national heroes, waved flags, and showered them with flowers and stuffed animals on the ice.

But Russia’s search for pride and prestige extends beyond athletic competition. Indeed, it’s been a driving force behind the Kremlin’s revanchist foreign policy since the end of the Cold War—with Putin’s widely reported remark that the Soviet collapse was “the greatest geopolitical catastrophe of the [twentieth] century” serving as clear evidence.

Experts argue that Russia suffered a profound identity crisis exacerbated by what it believed was the unwillingness of the United States and Europe to treat it as a great power. US military interventions (undertaken without the United Nations’ approval), NATO expansion in Eastern Europe, and Western engagement with post-Soviet countries such as Georgia and Ukraine strengthened Moscow’s perception that the West did not accept Russia as an equal.

That perceived lack of respect fueled an antagonistic foreign policy that ranges from diplomatic snuffs and saber-rattling to invading its neighbors. Today’s crisis over Ukraine can be understood, at least in part, as another Russian attempt to impose its authority in its so-called “near abroad” and boost its claim to great-power status.

For many Russians, the 1990s was a decade of socio-economic distress and defeat linked to their country’s lost status. This allowed the Putin regime to invent a narrative of Russian victimhood that cast the West as the perpetrator of that humiliation and loss.

He drew on two central pillars of Soviet collective identity, says Russia researcher Gulnaz Sharafutdinova: Soviet exceptionalism and extreme fear of foreign enemies, the latter of which has resulted in a “siege mentality.” In Putin’s own words, “the infamous policy of containment, led in the eighteenth, nineteenth and twentieth centuries, continues today,” and that his country’s enemies are “constantly trying to sweep [Russia] into a corner.” This supposed Western perfidy animates Russian foreign policy, regardless of whether the threat is exaggerated or wholly imagined.

This mentality is so entrenched that it expresses itself in figure skating, as well. As the Valieva scandal took center ice in Beijing, Russian officials dismissed it as a Western conspiracy against the Russian teenagers who have dominated the sport for the last decade. That kind of paranoia has a long history: When US skater Sarah Hughes won the women’s competition at 2002 Salt Lake City Games, for instance, Russia submitted a protest (which was later rejected) to the International Skating Union disputing the judging and demanding that Russian skater Irina Slutskaya, who finished second, be awarded the gold medal.

Although Slutskaya delivered a subpar performance, marred by several awkward jump landings, she still insists: “I knew beforehand that I wouldn’t be allowed to win there—it was all about politics.” That’s why it’s reasonable to conclude that Olympic figure skating helps fuel the broader narrative of Russia as a besieged fortress.

Collective humiliation, frustration, and resentment are powerful emotions and, researchers say, tend to generate a willingness to accept larger costs.

This, too, might just be reflected in the Russian devotion to the sport. While elite figure skaters commonly train six days a week for hours at a time, some Russian skating schools push it to another level: Eteri Tutberidze—the coach of Olympic medal winners such as Yulia Lipnitskaya, Evegenia Medvedeva, and Alina Zagitova—has been criticized in the West for extreme training methods that include countless jump repetitions (which result in recurring injuries) and strict diets. After Valieva’s loss this week, cameras reportedly caught Tutberidze scolding the teen: “Why did you let it go? Why did you stop fighting?”

In Russia, however, those methods are not only tolerated, but apparently celebrated by the state with the Order of Honor.

From this, it seems as though the medals and prestige are worth more to the country—or, perhaps more accurately, a government obsessed with glory—than the health of its young skaters. If Russia can demand such sacrifice from figure skaters, what could it require of the entire nation if another mass conflict were to erupt?

“Sport,” George Orwell wrote, “is war minus the shooting.” Russia has not been able to repair its injured pride and prestige on the ice, and it is unlikely to do so in the international arena by invading Ukraine.

If war does come, it will be because of Russia’s foreign-policy choices—ones rooted in its rulers’ perceived denial of status and deep distrust toward the West. Understanding the root causes of Russian behavior is key if there’s to be any hope of peace in Europe.

Kelly A. Grieco is a resident senior fellow with the New American Engagement Initiative in the Atlantic Council’s Scowcroft Center for Strategy and Security. 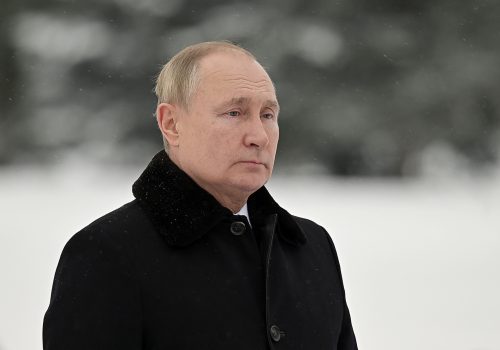 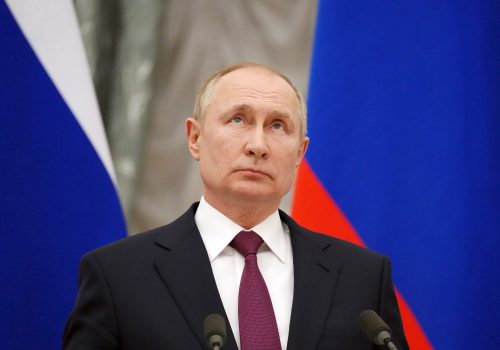 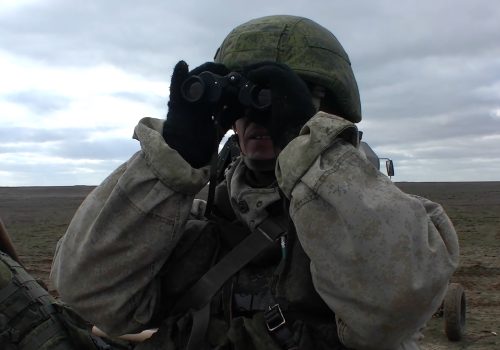 Russia has essentially completed preparations for a large-scale offensive operation and could likely execute a further invasion quickly, according to our military experts