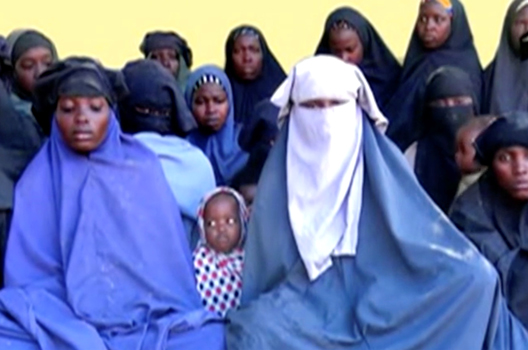 More than ninety missing school girls in Nigeria—thought to have been abducted by Boko Haram—show that while the militants may have largely been defeated militarily, Boko Haram remains alive and well in Nigeria, according to an Atlantic Council analyst.

According to J. Peter Pham, vice president for regional initiatives and director of the Atlantic Council’s Africa Center, the “iteration of Boko Haram the military force was defeated. However, Boko Haram evolved and it has become a more classical terrorist group.” Pham described how Boko Haram has “increased suicide bombings and—if this kidnapping is confirmed—returned to mass kidnappings as well.”

On February 19, militants attacked the village in Yobe State in Northeastern Nigeria, the region where Boko Haram is most active. The following morning, more than ninety girls from the village were missing from their boarding school.

Though there is “no confirmation of kidnapping, the number of victims, or the perpetrators,” said Pham, “the test of reason” would indicate that a large, organized group, such as Boko Haram, must be responsible. “The information at hand points in that direction,” he said.

While Nigerian authorities say the incident does not constitute a kidnapping, parents of the missing girls fear a reprisal of the 2014 Chibok kidnapping. In that incident, 276 school girls were taken, skyrocketing Boko Haram to international notoriety. Over one hundred Chibok girls remain missing.

Pham suggested that the group may have hoped to create similar shockwaves with the recent attack. “It grabs attention,” and “it weakens the Nigerian government,” he said of the apparent kidnapping.

The collapse of the Nigerian government and the creation of an Islamic territory in Africa have been the primary goals of Boko Haram since the group’s emergence in Nigeria in 2003. Since that time, and despite many military defeats, the “remarkably resilient group” has reincarnated itself many times over, said Pham.

In 2015, Boko Haram declared itself an affiliate of the Islamic State of Iraq and al-Sham (ISIS). An internal rift has since resulted in the existence of two competing factions of Boko Haram in Nigeria today, both pursuing the same aims.

Therefore, despite suffering territorial losses at the end of 2016, Boko Haram remains active.

According to Pham, it will require increased efforts from both regional and international partners—namely the United States—to root out Boko Haram and address the root socioeconomic causes of their existence.

However, the Nigerian government’s inability to find the Chibok girls and effectively eradicate Boko Haram has strained its relations with counterterrorism partners—the United States. In the early days following US President Donald J. Trump’s election, his transition team raised questions as to the utility of US efforts to fight Boko Haram.

However, Pham insisted: “There is no country in Africa that—in the long term—is as important to US interests on the continent as Nigeria.”

J. Peter Pham joined the New Atlanticist’s Rachel Ansley for an interview on the case of the missing girls and what it reveals about the state of Boko Haram. Below are excerpts from our interview.

Q: Is the incident that took place on Monday night a kidnapping by Boko Haram?

Pham: We don’t have confirmation yet of the kidnapping, the number of victims, or the perpetrators. That being said, if one applies the test of reason, it’s highly unlikely that that many young women would be missing randomly. There’s something nefarious at work. If one thinks of likely suspects for a kidnapping of that scale, one has to look at terrorist groups. The information we have at hand points in that direction, but certainly we need further intelligence.

Q: What can this incident tell us about the state of Boko Haram?

Pham: Boko Haram is a remarkably resilient organization. It adapts to the situation. It shifts and changes ideology, tactics, and strategy so when it is defeated one way it comes back in another incarnation. If you’re looking for Boko Haram in its last incarnation, that’s over, but there is a new incarnation. This is an area where the Nigerian government has had some success. Boko Haram no longer holds any territorial dominion, but it has shifted back to being a terrorist group.

We cannot talk about Boko Haram as one entity anymore. There was last year a split in Boko Haram. Abubakar Shekau was the leader of Boko Haram who pledged allegiance to [Abubakr] al-Baghdadi of ISIS. He was subsequently dismissed by ISIS as the leader of the ‘Islamic State in West Africa’ (ISWAP) as Boko Haram subsequently branded itself. He refused to accept his dismissal, and since then Boko Haram has split into two groups: one group that is recognized by ISIS, led by Abu Musab al-Barnawi, and another group that is still loyal to Shekau, the leader who originally pledged allegiance to ISIS, but got fired from his job.

Q: Over two years ago, Nigerian President Muhammadu Buhari claimed that the Nigerian military had “technically won” the war on Boko Haram. Was that an overoptimistic assessment?

Pham: The most charitable explanation of Buhari’s claim is that the Boko Haram of that period—we’re talking about the end of 2016—was defeated militarily. At that time, Boko Haram had been pushed back and occupied only a few camps within the Sambisa Forest and a few slivers of territory along the border with Niger. By and large, those areas have been flushed out. The group’s infamous ‘Camp Zero’ base in the Sambisa Forest was overrun by the Nigerian military just before Christmas 2016.

In that sense, that iteration of Boko Haram the military force was defeated. However, Boko Haram evolved and it has become a more classical terrorist group. They have increased suicide bombings, both in number of attacks and their lethality, and—if this kidnapping is confirmed—returned to mass kidnappings as well.

Q: This is not the first incident of its kind. Why would Boko Haram kidnap schoolgirls?

Pham: It grabs attention. You have rival groups competing for attention and with attention comes recruits and resources. They’re both trying to outdo each other. The tactics to date have largely been classic tactics of asymmetric warfare such as suicide bombings. Not a week goes by where Nigeria, and parts of Cameroon and other neighboring countries, do not suffer one or more of these attacks. Peoples’ lives are lost, but that hasn’t gotten attention outside the region. Now, they are potentially going to get global attention again. In a way, they know what it takes to get attention in the world.

Q: Do you foresee more of this?

Pham: I see increased violence, but with kidnappings, there’s a limit to that. Kidnappings take organization and you have to have a place to hide those abducted. The last time Boko Haram committed a mass kidnapping on this scale—the famous Chibok school girls kidnapping—they had territory. It’s more difficult now since the Nigerian government has flushed them out; they don’t have these bases anymore. I’m not saying we won’t see more, but it is a bigger challenge for them than it was four years ago.

Q: What are Boko Haram’s goals?

Pham: Both factions pursue the same goals which is the overthrow of the secular government of Nigeria and the establishment of some sort of Islamic rule as they interpret it. Their tactics are very different. Shekau has been more indiscriminate in his tactics. The group under Abu Musab al-Barnawi has argued that they should be more discriminate. You essentially have two groups pursuing separately, but with different tactics, the same goal.

Q: How does an attack like this help Boko Haram to achieve those goals?

We’re beginning to enter the political season in Nigeria as well. Next year is an election year.

Q: Nearly four years after over 270 school girls were kidnapped from Chibok, more than 100 are still missing. What are the measures in place and what more must be done to bring them back?

Pham: Recovering kidnapping victims of any sort in any country, the first hours and days are the most critical. It’s nothing short of miraculous that today victims are still found alive and brought back. Quite frankly, in the war that has occurred there and the displacement, one should never stop looking, but in an area where literally millions of people are displaced and casualties are uncounted, it’s unsure if we’ll ever have a full accounting of all the missing girls.

Q: What is the Nigerian government doing to fight Boko Haram?

Q: What has been the response of Nigeria’s regional and international partners?

Pham: The international community has been focused on helping the Nigerians, one would argue successfully. Boko Haram’s last iteration, the military threat, that has largely been done. Now we need to shift to a much more difficult set of tasks which is defeat of the new iteration as a terrorist organization with a different MO. That requires beefing up policing and intelligence. We successfully built up a regional military partnership that did what it could do. Now there is this next part which will require policing intelligence. Ultimately, the way to beat Boko Haram is development. Northern Nigeria, relatively to Southern Nigeria, lags on virtually every socioeconomic indicator. Northeastern Nigeria, where Boko Haram has been active, lags behind the rest of Northern Nigeria. Poverty and underdevelopment do not necessarily make people terrorists, but it does give terrorists fertile ground on which to sow their poison and an enabling environment in which to operate.

Q: What is the US strategy to counter Boko Haram and what more could Washington do to help its Nigerian partners?

Pham: To date the United States has been relatively helpful with sharing intelligence. Last year, the Trump administration authorized the sale of aircraft that the Nigerians had long sought. Nevertheless there is certainly more that could be done to build up the relationship. There is no country in Africa that—in the long term—is as important to US interests on the continent as Nigeria. It’s a critical relationship.

Q: What are some of the challenges to US-Nigerian collaboration?

Pham: Part of it has been rebuilding trust. The United States has not always been a constant partner; it’s been on-again, off-again. From the Nigerian side, that’s not very reliable.

Pham: It’s on. We have a strategic dialogue with Nigeria; US Deputy Secretary of State John Sullivan led the US delegation to the Bi-National Commission meeting in Abuja in November. We have a very seasoned US ambassador on the ground in Nigeria. However, we also need more resources, political and material.

Image: Remaining girls who were kidnapped from the northeast Nigerian town of Chibok are seen in an unknown location in Nigeria in this still image taken from an undated video obtained on January 15, 2018. (mBoko Haram Handout/Sahara Reporters via REUTERS)