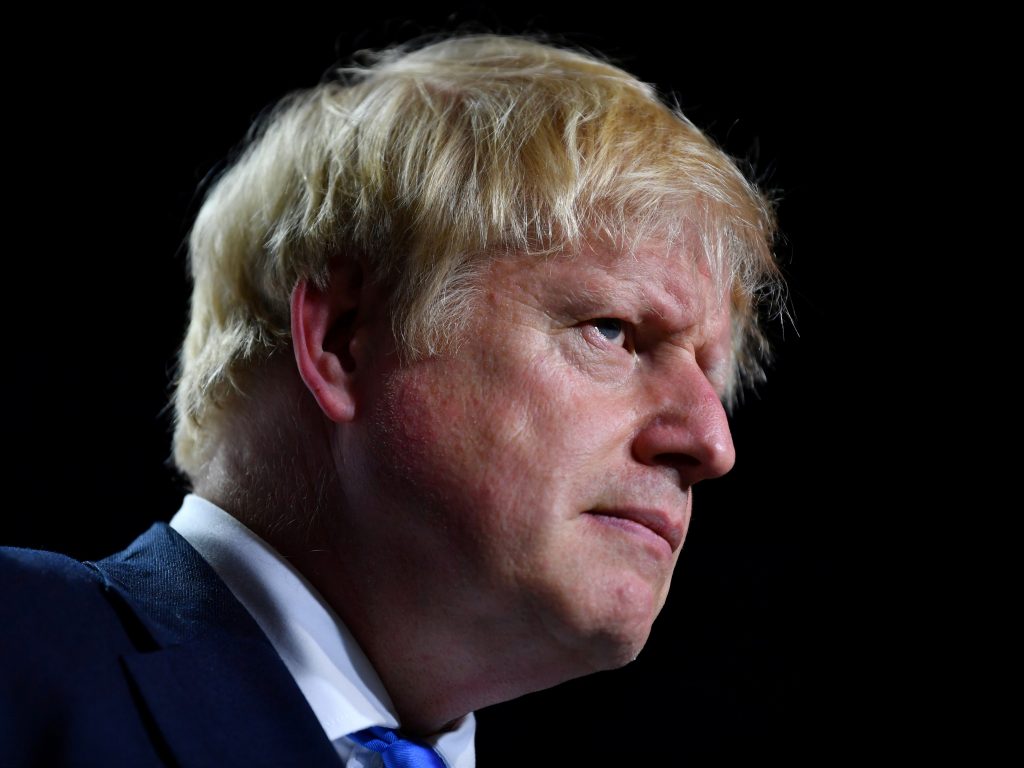 On October 14, 1066, Harold Godwinson, dubbed the last English King, was slain in the Battle of Hastings just as William of Normandy began the Norman conquest of England. 953 years later, British Prime Minister Boris Johnson seeks to portray himself as a true Englishman, determined to extricate his country from foreign hands.

If all goes according to his government’s plan, Queen Elizabeth II, a direct descendent of both King Harold and William of Normandy, will deliver a speech outlining the Government’s plans for a wide range of policies to be implemented in the wake of the United Kingdom’s (UK) departure from the European Union (EU) on October 31.

Johnson fancies himself a historian. In his expansion on the Queen’s Speech on October 14, he will no doubt recall the arrival of foreign dynasties that used French as their instinctive language for more than 300 years and the battle that ensued.

Johnson—’minister for the Union’, as he has styled himself—now only represents one element of the United Kingdom, albeit the largest. When he addresses the House of Commons on Hastings’ Day, he will truly ‘Speak for England,’ and England alone. The phrase itself is politically loaded, but it is one with which the new British prime minister, as a biographer of his wartime predecessor and political idol Winston Churchill, is well aware of. It is, in fact, one of the most emotive of British political battle cries, first used on September 2, 1939 when Conservative MP Leo Amery, angered at Prime Minister Neville Chamberlain’s hesitation in making an immediate declaration of war against Nazi Germany after the invasion of Poland the previous day, called on the opposition Labour Party Spokesman Arthur Greenwood to “Speak for England.” The next day Chamberlain declared war, Churchill came back to the Admiralty and within eight months was prime minister.

On October 14, Johnson will no doubt use Churchillian language, and rhetorical flourishes, to argue that the United Kingdom leaving the EU that does not mean that it is abandoning Europe. It is common for prime ministers to draw attention to members of the armed forces recently killed in action, or to recent victims of terrorist attacks, in their contribution to the debate that follows the Queen’s Speech. It would be little surprise if Boris Johnson echoed the notice that used to appear in the In Memoriam column of The Times every October 14, which reads something like this: ‘Harold of England. Died in defense of his country.’

However, come October 14, Johnson may not have survived an expected no confidence vote, or he may have decided to call a general election before parliament reassembles. But if he survives, and if Brexit comes to pass on October 31, he will then face the serious possibility—some would say probability—that his pursuit of exiting the EU at all costs will accelerate the disintegration of the UK.

England is not Britain, and England is not the United Kingdom. Though the country does make up 85 percent of the Union’s population, the other fifteen are not particularly happy about Brexit. Both Scotland and Northern Ireland voted to remain in the EU in the 2016 referendum. As for Wales, voters opted for leave by a similar narrow margin as England, but its political establishment and, according to opinion polls, its people, now want to stay in the EU. There’s a growing possibility that in the divorce—especially without a prenup—Europe could get the children.

At least in public, Johnson may well be underestimating the security consequences of Brexit for the land border between Northern Ireland and the independent Republic of Ireland. Furthermore, his prospects for remaining in office also depend very heavily on the support of Northern Ireland’s Democratic Unionist Party—the only party in any part of Ireland to initially oppose the Good Friday Agreement. Post-Brexit there may be pressures for a new referendum in Northern Ireland on unification with the Irish republic, a vote that Johnson cannot block.

In Scotland, the more extreme Britain’s exit from the EU turns out to be, the more likely that Scotland’s nationalist government will seek independence, and like Northern Ireland, Scotland voted decisively to remain in the EU. Johnson’s opposition to a new Scottish independence referendum may well backfire; instinctive pro-Union voters may opt for independence to spite a meddlesome London. Right now, the Scottish wing of Johnson’s Conservative Party is in turmoil after the resignation of its highly popular and effective leader, Ruth Davidson. There is a serious possibility that a general election might lead to a repeat of the 1997 general election disaster, when the Conservatives did not win a single parliamentary seat in Scotland.

Even Wales cannot be ruled out in a UK disintegration debacle. While Welsh nationalism is traditionally a cultural and linguistic movement, the First Minister of Wales Mark Drakeford said on July 8 that “if you believe that the UK is a voluntary association of four nations, you have to face the possibility that some component parts of the United Kingdom may no longer choose to be part of it. If that were to be the case in future, then of course any sensible political party or Government would have to reassess Wales’s place in the components that were there in the future.”

The breakup is not inevitable, but it is a serious possibility. Should it come to pass, it is unlikely that Johnson himself would become the first prime minister of England, since anyone who precipitated the dissolution of the UK will almost certainly be forced out of office.

One final thought: Harold Godwinson lives on in popular imagination as a hero who died for his country, felled, it appears by a Norman arrow in his eye. Harold had one of shortest reigns of any English—or British—monarch, lasting just over nine months. It’s quite possible that Boris Johnson’s own term of office might not even last nine weeks.

Image: Britain's Prime Minister Boris Johnson is seen during a news conference at the end of the G7 summit in Biarritz, France, August 26, 2019. (Reuters/Dylan Martinez)