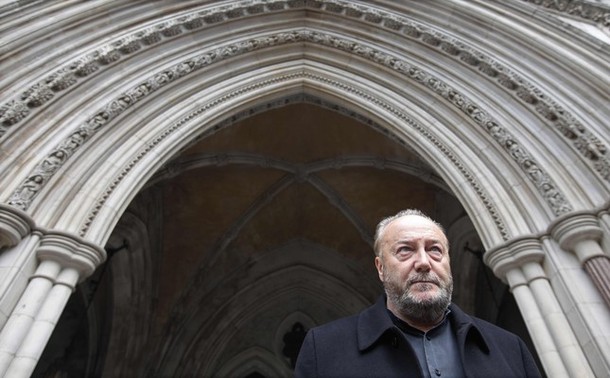 A political earthquake took place last night in the city of Bradford, in my home county of Yorkshire, that is relevant not only to Britain but could well signal a coming crisis of European democracy – the revolt of the people against the professional political caste. The defeat of the long-incumbent Labour Party by George Galloway, a populist, self-promoting left-winger long used to conning the politically gullible, is quite simply stunning.

The anti-war stance of Galloway’s Respect Party on both Iraq and Afghanistan was always going to appeal. However, the sheer scale of Labour’s defeat and the collapse of both the Conservative and Liberal-Democrat vote heralds something much more profound. Quite simply Bradford showed an electorate not, as the mainstream parties like to claim, apathetic but rather actively hostile to mainstream political parties and politicians. It is a phenomenon evident across Europe, not least here in the Netherlands where right-wing populist Geert Wilders represents a growing disillusionment with cozy elites and a move towards more extreme politics.

Why is this happening? Regular readers will recall that I have often warned about the European democratic deficit and the rise of a Euro-Aristocracy. However, the professional political caste is not limited to ‘Brussels’ but is evident across all European countries. My own country, England, is a case in point as its political leaders show all the signs of becoming just such a caste. Both Prime Minister David Cameron and Labour leader Ed Milliband belong to this caste. They went straight from university politics into a special advisor position with a minister and then onto a safe elected seat which was set up for them to win by their respective party establishments prior to then being fast-tracked into a ministerial position. Neither of them have any real-life experience of the world outside the rarefied world of high politics. According to the House of Commons in 1982 the number of such people in Parliament was some 4 percent, in 2001 it was 14 percent, and today it is 25 percent with almost all of them either in Government or the Shadow Cabinet (leadership group for the opposition).

The result is a new layer of influence between the governing and the governed. This has encouraged the rise of political lobbyists, single-issue special interest groups, and think-tanks who seek to exert influence over the caste often at the expense of the people. Politics is thus seen by the caste as a narrow ideological game played out between small Westminster elites with lobbyists and activists acting as both seconds and the only constituencies of note. Politics beyond Westminster has thus become irrelevant to the point of being pointless. Indeed, the people are seen only as the distant objects of political and media management with their representatives in Parliament reduced to being merely the window-dressing of democracy, with little or no influence over the caste.

The most obvious example of this was how both the two leading parties not only failed to deal with hyper-immigration, but in Labour’s case actively encouraged it. The English people have always rightly been open to a reasonable level of immigration. However, according to a leaked secret Labour Party report what happened from 2000 onwards was the deliberate attempt by Downing Street political advisors to change England forever by a deliberate policy of mass migration so as to “rub the Right’s nose in diversity and render their arguments out of date.” It was an ideological war between and within a small Westminster political caste with no regard as to the social and cultural consequences on ordinary English people who have had to live with the consequences. Indeed, such is England’s unhappiness that the caste must now resort to the use of draconian anti-racism laws to suppress the anger of a people who believe they have been conspired against by the caste to take their country away from them. Go to my home town of Sheffield if you do not believe me. The only way forward is for ordinary decent people of all creeds, cultures and colors to find a way to live together but the signs are not encouraging. The politicians caused this mess; they will not fix it.

Fast forward England’s unhappiness to Brussels, which has always been the home to a professional political caste. Every time I go the European Parliament I am shocked by the number of Members of European Parliament (MEPs) who are the sons, daughters, family members of or at least well-connected to, national political elites across Europe. With the pressure now mounting for more power to be given to ‘Europe’ i.e. Brussels, the growth in influence of Europe’s political caste is likely to match the growing distance between Europe’s governing and governed. The abyss which already exists between the European citizen and Europe’s elite is not only a recipe for political corruption on a grand scale but could well herald the coming crisis of European democracy.

In both England and the wider Europe there is a pressing need to get more real-life politicians into power who know what it is like to struggle to balance the weekly budget, to deal daily with unyielding bureaucracies, to confront discrimination and prejudice, who have known unemployment, and to face the reality of fractured societies in which mistrust, fear and even hatred stalk the streets.

If mainstream politicians do not move to reconnect with ordinary people there will be more Bradfords and more George Galloways and Geert Wilders across Europe. This is a dangerous political moment and our leaders need to start treating the rest of us with the respect we deserve.