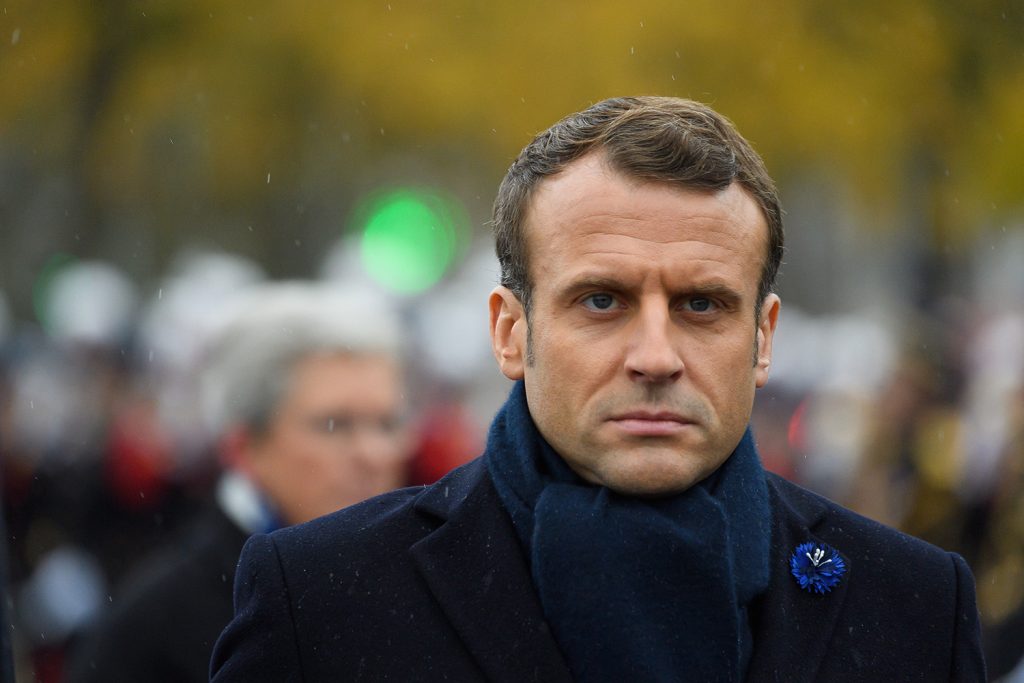 If anything, French President Emmanuel Macron has managed to stir up quite a debate. Macron’s assertion in an interview with The Economist that NATO is experiencing “brain death” quickly spurred responses from other transatlantic leaders. German Chancellor Angela Merkel said that she doesn’t “think that such sweeping judgments are necessary, even if we have problems and need to pull together.” Commentators on both sides of the Atlantic have now jumped into the fray to argue about the strength of the Alliance or the wisdom of such public pronouncements by one of NATO’s most important leaders.

Let’s get hasty readings out of the way. Macron does not want NATO to be “brain-dead.” By replying “I don’t know” to a question about whether NATO’s Article Five mutual defense clause was effective, he is not signaling French reluctance to come to the aid of NATO allies. He is rather taking stock of the current travails of the Alliance, of the lack of coordination regarding Syria, and of the doubts cast by what he calls the “guarantor of last resort”: the United States.

Some commentators have seen the interview as a vindication of their critiques of US policy towards NATO, and more broadly towards alliances, under US President Donald J. Trump. Others have rushed to contradict Macron’s assessment, highlighting official statements, Congressional action, and public opinion that demonstrate full support for NATO, as well as pointing out the continued US presence in Europe (such as the European Deterrence Initiative and the large scale exercise Defender 2020).

But that is missing the point. This interview is not about NATO. It is not even really about the United States. It is about Europe. About deep worries that it is gradually being on the menu of global power politics and about the means to ensure that it is at the table instead.

What Macron sees is a world that is increasingly dangerous for Europeans. A world in which authoritarian regimes are on the rise, instability and terrorism persists in the vicinity of Europe, and history returns in the form of great power competition. A world in which, regardless of who sits in the White House, the United States’ focus is moving away from Europe. To face that world, he fears Europe is still a house divided, has partly forgotten it is a political project and not a market, and, most of all, shies away from asserting its very real power on the world stage.

This should not come as a surprise. This has been his constant worry, from his 2017 Sorbonne speech to his August 2018 proposals about deepening the EU’s solidarity clause, to his calls for a European Army—a call to be understood as powerful image, not read literally of course—to his address this summer at the annual ambassadors meeting, where he laid out his Russia policy.

And he offers some solutions. The first is strengthening European military capabilities. As Macron puts it “these days, if you don’t have military credibility, in a world where authoritarian powers are on the rise again” you don’t get to sit at the table. Arguably, progress has been made there, with the launch of the European Intervention Initiative, the European Defense Fund, and the Permanent Structured Cooperation. European defense budgets are on the rise. As the French defense minister Florence Parly explained at the Atlantic Council last March, France is quite clear-eyed about the long-term effort required to address European shortfalls and about the value of US support.

The second strand to engage is Russia—because Europeans cannot ignore their large neighbor. This does not mean, of course, being naïve about Russian intentions. The third, and arguably most important piece of the puzzle, is to get Europe to think geopolitically. The brunt of the interview seemed to revolve around a call for Europe to wake up to its potential on the world stage. Europe must think about issues such digital policy, trade, or technology not solely through an economic lens, but also realize that these are increasingly becoming instruments akin to hard power—instruments that Europe, through the European Union, is well placed to wield. Is that so different from Ursula von der Leyen, the incumbent Commission president, presenting a “Geopolitical Commission”? From Dutch Prime Minister Mark Rutte noting that “the EU needs a reality check…if we only preach the merits of principles and shy away from exercising power in the geopolitical arena, our continent may always be right, but it will seldom be relevant”?

There are many entertaining discussions to be had about whether Macron’s interview epitomizes the return of Gaullo-Mitterrandism or is simply the French equivalent of an early morning tweet. There is certainly a debate to be had about whether the form, wording, and timing of Macron’s comments were useful. But Macron’s argument is much more about Europe’s future than simply a judgement on NATO’s present. He is asking a very important question: “how can Europe survive—and thrive—in a world of carnivores?” This is where those who care about the transatlantic alliance should be engaging him.

Olivier-Rémy Bel is a visiting fellow at the Atlantic Council. He previously served as a European Affairs staffer to the French Minister of Defence as well as Head of the EU desk at the Ministry’s Directorate General for International Relations and Strategy.

A geopolitical European Commission: Can the incoming president make it work?

By Olivier-Rémy Bel and Jörn Fleck

The selection process and presentation have been received relatively well and signal a new Commission leadership adept at messaging and politics. But questions remain whether Ursula von der Leyen can make the complex Commission work

Image: French President Emmanuel Macron attends a ceremony at the Arc de Triomphe in Paris, France on November 11, 2019 as part of commemorations marking the 101st anniversary of the 11 November 1918 armistice, ending World War I. (Photo by Jacques Witt/Pool/ABACAPRESS.COM)