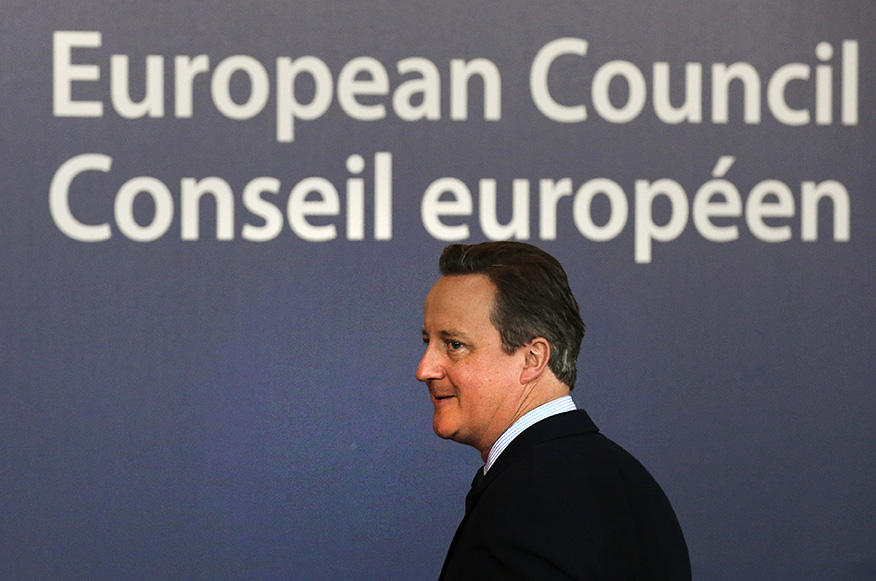 The result of the June 23 referendum in the United Kingdom could lead to the first instance of a member of the European Union leaving the Union’s ranks. Beyond the social and economic impact of such a decision, the move will have serious geopolitical consequences. And let us be clear from the start: the UK leaving the EU will lead to perverse geopolitical outcomes, some unpredictable but others already apparent. The UK is about to enter a world of power politics it has not inhabited for many decades and one in which former EU partners will have a very real and pressing incentive to compete with and to undermine the UK on various fronts, including on the status of Overseas Territories and the presence of financial services companies in London.

The EU fundamentally alters the way its members interact with one another: a certain community of purpose exists within the Union. This community manifests itself in the way interests and values are acted upon. This is particularly true in the field of high politics, and, above all, in security and defense. Over decades, the EU has shaped the thinking of European statesmen and of entire state apparatuses. Perhaps the Union’s greatest achievement has been to shift attitudes in Europe from a relative-gains mentality to one of absolute gains; from countries seeking what was good for them and bad for others to pursuing what is, in general terms, positive for the EU as a whole.

On economic matters, competition has always been rife within the Union but if it reached a scale that threatened to hinder the strategic interest of member states the issue was normally settled through diplomatic means and with the goal of arriving at win-win arrangements. With the UK outside the EU, competition for strategic and economic preponderance will be widespread and unfettered.

The most significant and overarching way in which this new geopolitical reality will manifest itself will be in a systematic policy on the part of EU institutions, particularly the European Commission and the European Parliament, to make the British experiment of living outside the Union a failure. The goal will almost certainly be to guarantee that the precedent of a member state leaving the Union is seen as a cautionary tale rather than an attractive path for others to follow. This will be a goal shared by many member states, which will want to keep nationalist movements within their borders at bay. It is hard to see why anyone in Europe would have a deep interest today in seeing the UK succeed and prosper right at the border of the EU.

The overarching dynamic outlined above will display its effects in specific fronts and issues. Two key areas of competition will take shape. The first will be political and will involve sensitive security issues. The first of these will be the status of some of the UK’s Overseas Territories. For example, within twenty-four hours of the Brexit vote the Spanish Foreign Ministry offered a co-sovereignty arrangement to Gibraltar, a British colony that sits on the southern tip of the Iberian Peninsula. In exchange, Gibraltar would retain its much-needed access to the EU single market. The Spaniards know that this is an attractive proposition, particularly if the UK leaves the single market for good. Over ninety-five percent of Gibraltarians voted to remain in the EU in the June 23 referendum precisely because of fears of being disconnected from their largest market. Promptly after these statements by the Spanish Foreign Ministry, a Royal Navy nuclear submarine, the HMS Ambush, arrived in Gibraltar in an a show of force.

Brexit could also have a significant impact on the composition of the UK itself. The EU would, for example, be wise to draw Scotland to its cause and offer it, at the very least, a special status within the Union. Having Scotland join the EU would be even more aligned with Union interests as it would revert the hemorrhage of members, and also send the message that exiting the Union means internal strife and division for those that leave. Brexit could, lastly, lead to a revision of some politically sensitive agreements such as the 2003 Franco-British deal that authorized UK border control to operate on French territory. By virtue of this deal the internal UK-France border was set in the port of Calais enabling the British to deal with the highly problematic issue of non-EU migration on French soil. It is almost certain that France will use this issue as a bargaining chip in the upcoming negotiations with the UK regarding Brexit.

But competition will not be limited to political matters. More immediate tensions will emerge on the economic front. It will not be long until aggressive competition begins for the spoils of the British financial and services industries. The recent “lobbying blitz” by Frankfurt, Paris, Amsterdam, and Dublin to become the next EU financial capital should be understood as part of the process. Berlin’s and Madrid’s plan to attract the thriving London startup community is another example of the same phenomenon. The intensity, overt nature, and level of public support for these initiatives will be without precedent in recent Europe-UK relations.

The EU and its member states will have strong incentives to use regulatory and financial tools to lure businesses away from London and into EU markets. What is more, given that the UK will have to renegotiate all of its trading arrangements with the EU, as well as with the fifty-three states with which the EU has free trade agreements, a window for hard bargaining and value claiming will open up as soon as Article 50 of the Lisbon Treaty is acted upon and the formal Brexit process is started. Again, the incentive for EU members will be to use all of the tools at their disposal to extract value from the negotiation. If “passporting” is denied to British financial institutions, for example, they would cease to be able to operate freely in EU markets, and many would be forced to relocate to an EU member state, something that many Union members would be interested in. The truth of the matter is that the UK has not only left the world’s largest single market but it has also started to compete directly with it.

Europe now finds itself in the unfortunate situation of having to make an example out of the UK. The EU and its member states will have strong incentives to make the most of its weaknesses. Sooner or later the UK will mirror this behavior and try to extract as much as possible from former EU partners. Overall we are all bound to finish off far worse than before the UK left the EU. Furthermore, this perverse geopolitical situation will lead to tensions and possibly conflict. This relative-gains world is not new. Europeans inhabited one for many centuries, with its more systemic manifestation being balance of power politics. That system produced conflict and war in Europe. Let’s hope we avoid that outcome this time around.

Manuel Muñiz is the director of the Program on Transatlantic Relations at Harvard University’s Weatherhead Center for International Affairs and a Millennium Fellow at the Atlantic Council. You can follow him on Twitter @MMunizVilla.

Image: British Prime Minister David Cameron arrived at a European Union summit in Brussels, Belgium, on June 28. In a June 23 referendum, British voters backed taking their country out of the EU. (Reuters/Pascal Rossignol)