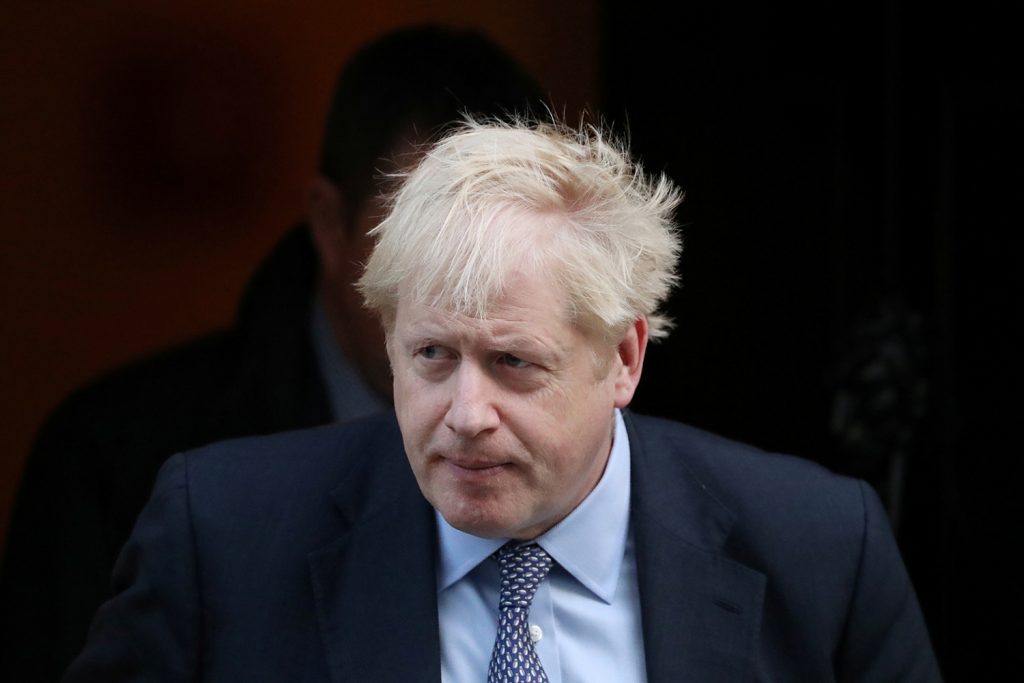 British Prime Minister Boris Johnson on October 19 lost a crucial parliamentary vote to secure Britain’s exit from the European Union on October 31, triggering an immediate constitutional crisis when he signaled he would obey the letter of the law but defy it in practice.

The House of Commons voted by 322 votes to 306 for an amendment that forces the Government to postpone a decisive vote on the Brexit deal he negotiated forty-eight hours until Parliament has conducted full scrutiny of the actual enabling legislation.

Johnson had hoped to secure a decisive vote at the end of the debate on October 19, so that he could then deliver on his ‘do-or-die’ promise that the UK would leave the EU on October 31.

The amendment championed by former Conservative cabinet minister Oliver Letwin meant that by midnight October 19 Johnson was due to send a letter to the European Commission requesting a Brexit extension to the end of January 2020. Initially, Johnson indicated to Parliament that he would not send such a letter. He told Parliament after the vote: “I will not negotiate a delay with the EU. And neither does the law compel me to do so.” However, Johnson’s aides subsequently briefed that a letter would be sent, but that the Prime Minister would make it clear to the European Commission that he would be doing so under duress from Parliament.

After that, the prime minister’s office on Downing Street fell silent, possibly because Johnson faces an immediate charge of contempt of court from the Court of Session, Scotland’s highest court, if he fails to send the letter, since government lawyers, in an ongoing case, have already promised the court that the prime minister would both abide by the law and that he would not seek to frustrate the principle of the law.

After the vote, Johnson also declared “I will not seek a delay.” His ministers then announced the Government will hold a further vote on Monday October 21 on the deal Johnson negotiated. But there was confusion as to whether this meant it would be introducing a formal withdrawal bill in the hope that it could secure passage through Parliament in just ten days in order to comply both with the Letwin amendment and with Johnson’s own promises or whether there might be a vote on October 21 while the actual bill was introduced the next day.

The October 19 vote proved that Parliament as a whole wants to ensure it can properly scrutinize the legislation. But it also appears to indicate that there is probably an underlying majority for the deal Johnson negotiated, since a number of MPs, including Letwin himself and most of the other twenty Conservatives expelled from the party for supporting the original legislation that set up the October 19 amendment, have said they are prepared to support it once they are assured that there will be full debate on the sixty-four pages of changes to the original 585-page withdrawal agreement negotiated by Johnson’s predecessor Theresa May a year ago.

The biggest changes are likely to be the subject of considerable further acrimony. The revised agreement provides for a de facto customs and regulatory border between the mainland of Great Britain and the UK province of Northern Ireland so that there is no need for a hard border between Northern Ireland and the Republic of Ireland.

But this decision, agreed in order to prevent any return to violence in Ireland over the question of whether Northern Ireland should remain a British province or should join the Irish Republic, was the primary reason why the ten members of Northern Ireland’s Democratic Unionist Party, generally an ally of the Conservatives, voted against the government on the Letwin amendment.

The other major change is that the Johnson deal enables the UK to set its own standards for such key issues as workers’ rights and environmental standards, whereas the May agreement required these to remain aligned with those of the EU in order to facilitate mutual trade in future. These issues provoked intense anger from the opposition Labour Party, with party leader Jeremy Corbyn accusing Johnson of triggering a “race to the bottom” by seeking to reduce, rather than improve, working conditions and environmental safeguards.

In a day that has created as much uncertainty as any other in the four-year long saga of Britain’s proposed exit from the EU, Johnson actually managed to trigger not one but two constitutional crises.

Scotland’s chief minister Nicola Sturgeon. addressing the annual conference of her ruling Scottish National Party, said on October 15 that she would seek to open negotiations with the British government in London before the end of the year in order to hold a second referendum on Scottish independence in 2020.

But on October 19 Johnson effectively ruled out such a vote, saying that when a previous Conservative government agreed to hold an independence referendum in 2014, “they were told it was a once-in-a-generation decision, and I see no reason whatever to betray that promise that was made to them then.”

The October 19 vote means that the European Commission will now have to work out how to respond to the letter Johnson is due to send them. They have announced they will meet in Brussels on October 20 to discuss their answer. But the Johnson Government, and Parliament as a whole, may also feel an increasing need to take other developments into account. As they debated the issue of the Britain’s withdrawal in the House of Commons, hundreds of thousands of people—the organizers estimated a full million—were taking part in a protest march in London to demand that the Johnson deal be put to a further referendum, with the ballot paper also including an option to remain.

They may just get their way, since one consequence of the Letwin amendment is that further scrutiny of the bill before Britain actually exits the European Union will enable more amendments to be put to the enabling legislation. And there will certainly be moves to attach a confirmatory referendum to the actual bill.

Image: Britain's Prime Minister Boris Johnson leaves Downing Street to head for the House of Commons as parliament discusses Brexit, sitting on a Saturday for the first time since the 1982 Falklands War, in London, Britain, October 19, 2019. REUTERS/Simon Dawson