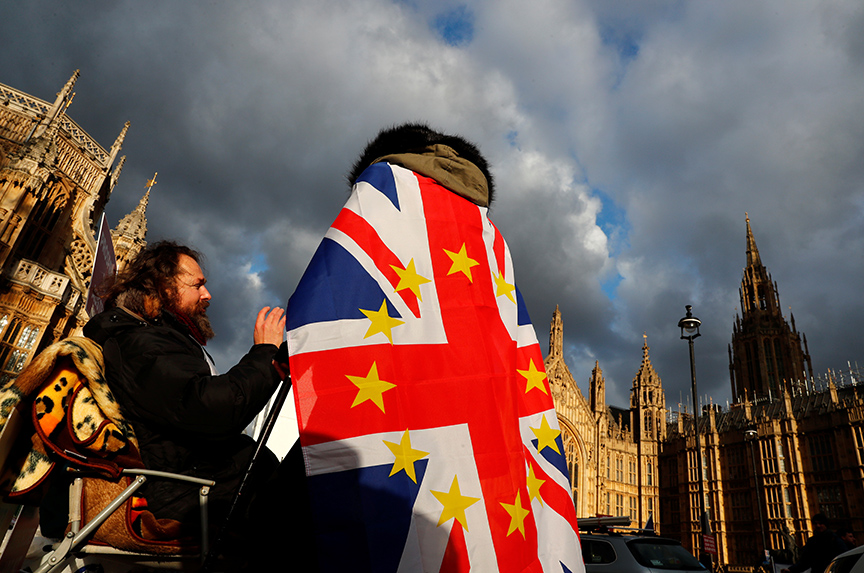 But it remained far from certain that the “legally binding” declarations that Juncker and May announced in Strasbourg, France, concerning the vexed question of the Irish “backstop” would prove sufficient to ensure a parliamentary majority for May in a crucial vote on the Withdrawal Agreement scheduled for March 12.

At times, it seemed as if both leaders were trying to convince sceptics that they had secured or approved changes without it being really clear as to whether the fundamentals of the issue had really changed. There may be further clarity when British Attorney General Geoffrey Cox addresses Parliament on March 12, but the real test of whether May and Juncker have done enough to enable the House of Commons to approve the Withdrawal Agreement will only be known when MPs actually vote on the issue on the evening of March 12.

What was made absolutely clear is that this is the end of the road, at least so far as any negotiations headed by May are concerned. Juncker declared: “There will be no future assurances from EU if this deal fails [on March 12].” He added: “There will be no further interpretations of the interpretations and no further reassurance in the reassurance.”

There would, he stressed, be “no third chance.”

Back in Britain, it appears — at least initially — that sceptics in May’s own Conservative Party and in Northern Ireland’s Democratic Unionist Party (on which May relies for a parliamentary majority) are not yet convinced that she achieved enough in Strasbourg to secure their support the vote on March 12. But it is at least possible that Cox’s silver tongue and lawyer’s grasp of a most contentious brief, might yet win them around.

So much still hangs on the “meaningful vote” on March 12. And in the background, regardless of the late-night statements from Strasbourg, Conservative politicians are continuing to plot to oust the prime minister while the main opposition Labour Party seems more divided than ever as Social Democrats, who once feuded with each other in the days when former Prime Ministers Tony Blair and Gordon Brown vied for the soul of the party, now work together to challenge the hard-left coterie that surrounds current party leader Jeremy Corbyn.

Almost the only thing that seems really likely is that the next phase of the Brexit process — whether it concerns the follow on from parliamentary approval of the Withdrawal Agreement or picking up the pieces if it fails — will not be conducted by May.

What happens during and after the March 12 vote epitomizes the chaos and uncertainty faced by both Britain and its government as they stumble toward March 29, the date set by the government for Britain to leave the EU after forty-six years.

May still seems likely to face defeat on March 12 because the parliamentary arithmetic is against her. The prime minister heads a minority government which, despite support from the Democratic Unionist Party, remains vulnerable to rebellions in her own Conservative ranks. So, while she may well garner the support of a few opposition Labour MPs, this looks likely to be vastly outweighed by opposition from rebel Conservatives, particularly those incensed by the controversial issue of the “backstop” arrangement agreed with the EU to prevent the re-emergence of a hard border between the British province of Northern Ireland and the Irish Republic to the south. It is this issue that prompted May to seek legally binding assurances in Strasbourg that the backstop would not last forever and, should it appear that it had outlived its usefulness as an insurance mechanism, that the United Kingdom could invoke some mechanism for arbitration and eventual unilateral withdrawal.

Those who support the backstop consider it to be a key element in preserving the peace that has followed the Good Friday Agreement of 1998 that ended thirty years of largely sectarian violence in Northern Ireland.

Those opposing the backstop fear it could prove to be a mechanism tying the United Kingdom into an indefinite customs union with the EU.

On March 13, under current arrangements, if May is defeated in the motion she presents on March 12, then Parliament is to vote on whether the United Kingdom should leave the EU without any agreement at all.

On March 14 — assuming that a “no-deal” motion is defeated (support for a “no-deal” exit is limited to only a section of the Conservatives and to just a few opposition members) — then the focus shifts to a third key vote. This would seek to secure at least a three-month delay to Britain’s planned March 29 departure date to enable further negotiations to be held.

This is the most likely of the three key votes to secure majority support in the House of Commons, since by that time the need to secure more time for negotiations would be crucial, particularly since approval of this vote would be likely to lead to a series of further votes aimed at assessing the mood of the House of Commons with regard to various other potential outcomes.

But while this course of events is probable, it is by no means certain. One distinct possibility, particularly if she only suffers a narrow defeat on her own motion on March 12, is that the prime minister will simply demand a fresh vote to be held during the week starting March 18 in the hope that, with Brexit day looming, Conservative rebels will hold their noses and opt for her exit deal rather than risk the uncertainties that continued rejection would entail. In such a case, May could seek to prevent the Commons from voting on the “no-deal” and extension issues.

Equally important, it would rule out the immediate prospect of the House holding so-called indicative votes on other key options, notably whether the issue should be settled by a second referendum (the preference of nationalist parties and many Labour MPs) and whether the government should be bound to work for staying in the existing single market and/or customs union (the Labour Party’s official preference).

For its part, the European Commission has made it clear that it does not want to enter into any fresh negotiations on the future of Britain’s relationship with the EU until it has a much clearer understanding of how the British Parliament sees these issues.

There is so much uncertainty and so many potential outcomes. May is not known for her willingness to compromise, but in the face of a further anticipated defeat — and she lost the first vote on her deal by a staggering 432 votes to 202 on January 15 — she may be forced to change course quite radically.

On the eve of what should be a crucial set of votes, there is one possible route for securing parliamentary passage of May’s Withdrawal Agreement. That would be to put it to the House with a clause saying that it would be subject to ratification in a subsequent referendum. On March 7, May’s Brexit Secretary Stephen Barclay held discussions along these lines on with Peter Kyle and Phil Wilson, two Labour MPs who have suggested this formula.

Yet such an outcome remains a possibility, not a probability, not least because Kyle and Wilson insist that the alternative in the popular vote would be the status quo, with Britain remaining in the EU.

Image: An anti-Brexit demonstrator wore a British flag decorated with the stars of the EU flag opposite the Houses of Parliament in London on December 12. (Reuters/Eddie Keogh)