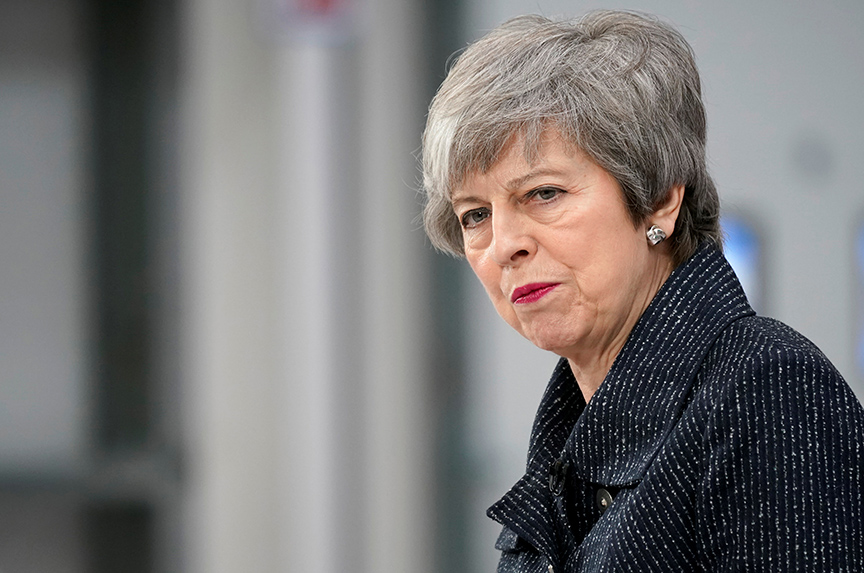 Trying to predict how Brexit will play out is a bit like trying to hit a moving dartboard while wearing a blindfold—it’s difficult and you’ll probably end up looking very silly. So this is a probably ill-advised attempt to set out what will happen after this week’s scheduled Brexit votes in the British Parliament.

It seems highly likely that the meaningful vote planned for March 12 will be defeated. After that, Parliament will again vote against leaving without a deal, then Parliament will vote for an extension of Article 50.

The government will likely attempt to find a majority to back an amendment setting out a particular course of action. But in truth, the “no majority for anything” status quo that has been in place since the last meaningful vote will continue. Different blocs of MPs will all hold out for what they want most, waiting for others to blink first.

As one former colleague put it, people stop fighting wars when they no longer think they can win. At the moment, everyone believes there is still time to get what they really want—so there is no need to compromise and move off their first preference.

Four things need to happen to change this, and move the process along to a resolution.

First, an extension to Article 50 needs to be sought—regardless of whether it is granted.  At the moment, MPs opposed to leaving without a deal can say they want the government to extend Article 50.  Once the government has sought an extension to Article 50—even if it is not accepted by the European Union (EU)—those MPs will be forced to say what their preferred outcome for Brexit is: deal, no deal, or no Brexit.

Second, negotiations on the backstop need to come to an end. The government has been negotiating on the backstop almost since the deal was reached with the EU. It is possible discussions in some form continue even after the meaningful vote this week, ahead of the European Council meeting on March 21 and 22.  But at some point, the government needs to say enough is enough. At that point, MPs concerned about this backstop will likewise need to decide whether they prefer no deal, or the risk of no Brexit, to a deal with a backstop.

Third, the issue of the customs union needs to be dealt with. At the moment, there are two theoretical deals MPs can support: the government’s deal where the UK would be outside a customs union; or a softer deal where the UK would seek to be in a permanent customs union with the EU. This issue divides both parties. On one side, Brexit-supporting Conservatives see the power to vary tariffs as a key freedom outside the EU. On the other, the lack of a permanent customs union allows the Labour front bench to oppose the government’s deal, without fully embracing a second referendum.

A vote on the customs union was defeated by just six votes in July 2018. MPs will have to vote on this issue again, after the House of Lords inserted an amendment on this issue to the legislation needed for the UK to manage post-Brexit trading relationships. Answering this question one way or another will be important to bringing resolution, by forcing MPs who back a deal to back a specific form of deal.

Finally, the question of a second referendum needs to be dealt with. Supporters of a second referendum have been trying to avoid a vote on this. They judge it currently lacks a majority, but hope it might in the future.  However, for as long as the option remains possible it allows some MPs to maintain their support for it, and Labour to maintain an ambiguous position.

The issues confronting MPs now are the same as they have been for some time, and they are not going to change. The whole process feels a bit like going round and round a whirlpool. The same issues come up again and again, faster, and more intensely the closer we get to being dragged under.

So while the votes this week are unlikely to bring the process to a resolution, they will move it on. As the clock ticks closer to the UK’s exit, the questions around Article 50, backstop negotiations, customs union, and a second referendum will start to be resolved—and with them the path of Brexit itself.

Richard Chew served as a special adviser to British Prime Ministers David Cameron and Theresa May between 2015 and 2019. Follow him on Twitter @ChewRJ.