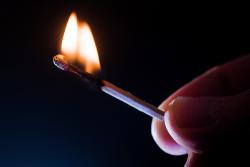 Four months after the hot phase of Russia’s war on Georgia, Russia continues to violate the European Union-brokered ceasefire agreements of August 12 and September 8.  Notwithstanding, the EU on December 2 resumed Partnership and Cooperation Agreement talks with Russia, which it had suspended September 1 in the wake of Russia’s August assault on Georgia.

The consequences of this flip diplomacy are potentially disastrous not only for Georgia, but also for the integrity of EU diplomacy and the geopolitical interests of the west.

Russia agreed to withdraw its forces from areas of Georgia adjacent to the separatist territories of Abkhazia and South Ossetia and to return to pre-August 7 lines.  It has done neither.  Outside the two territories, Russia maintains a light infantry detachment in Perevi, a village in the Sachkere District of Imereti Region, west of South Ossetia.  Russia also occupies Akhalgori, a district of Mtsketa-Mtianeti Region, east of South Ossetia, with about 1.000 soldiers, scores of armored personnel carriers and a handful of tanks.  Inside the two territories, withdrawing to pre-August 7 lines means that all but the peacekeepers that were in those territories before the war must leave.  Instead, Russia occupies Upper Abkhazia—also known as the Kodori Gorge—which was under Georgian control before the war.  Furthermore, it is establishing Abkhazia and South Ossetia as heavily armed Russian bridgeheads on the Georgian side of the Caucasus Mountains.

Adding Akhalgori to occupied South Ossetia affords Russian forces another vantage point minutes to the north of Georgia’s East-West highway and railroad, which are the lifelines of the country.  Moreover, the Akhalgori Road intersects the East-West highway about 45 kilometers closer to Tbilisi than the main road out of South Ossetia and reduces the number of river crossings on the way to Georgia’s capital.

Russia’s stay in Perevi makes less strategic sense, but Russian OSCE representative Anvar Azimov made the political point crystal clear:  “Akhalgori is one of five districts of South Ossetia, formerly named Leninogorsk…There is no question whether Leninogorsk should be part of South Ossetia.  The same stands for Perevi village—according to the last administrative division of the USSR, this village belonged to South Ossetia.”

Russia’s imperialist message is as clear as its strategic objective in occupying Georgian territory. The ink of Russian President Dmitry Medvedev’s signature on the second ceasefire agreement was barely dry when his defense minister declared that Russia would not withdraw to pre-August 7 lines.  Instead, said Anatoly Serdyukov, Russia would garrison 3.800 troops in each occupied Georgian territory.   On November 19, Russian Chief of General Staff Nikolai Makarov announced that about that number already manned Gudauta air base and Ochamchire naval base in Abkhazia, and that a force of similar size manned bases in Java and around Tskinvali in South Ossetia.  Some believe that Russian troop strength inside Georgia is already much higher.  Whatever the number is today, Russian forces in South Ossetia are building three new bases designed to garrison over 10.000 troops.  Meanwhile, Russia is transforming Gali, separatist controlled Abkhazia’s easternmost district, into a platform for highly mobile infantry forces.

From these perches, Russian forces can swiftly sever Georgia’s East-West rail and road lifelines, seize the port of Poti and the nearby Supsa oil terminal, overrun Mtskheta—birthplace of Georgian Christianity—and roll into Tbilisi.  With so much at stake, Georgian forces would have to give their all to thwart a further Russian assault.

The point is that European acquiescence in Moscow’s contempt for the EU-brokered agreements is buttressing a tinderbox in the South Caucasus more volatile than the status quo ante bellum.  And Russian Prime Minister Vladimir Putin holds all the matches.  “As far as Russian support is concerned,” he said on a December 3 television call-in show, “you know that cooperation agreements have been signed with South Ossetia and Abkhazia and this is the best guarantee that Russia is not going to leave these regions.”

In the face of this, Europe has not the courage to insist upon compliance with the ceasefire agreements, much less to press for real conflict resolution in the much-touted Geneva talks or any other venue.  In the short term, this may reignite the South Caucasus tinderbox.  In the medium term, it devalues EU diplomacy.

As America altogether abdicated its superpower role last Summer, French President Nicolas Sarkozy’s leadership and the EU’s quick dispatch of over 200 observers to Georgia were big steps forward for the EU’s Common Foreign and Security Policy.  However, if it now emerges that Sarkozy’s signature upon the ceasefire agreements was written with delible ink, this will dash the EU’s diplomatic credibility, diminish European leadership and encourage further Russian aggression.