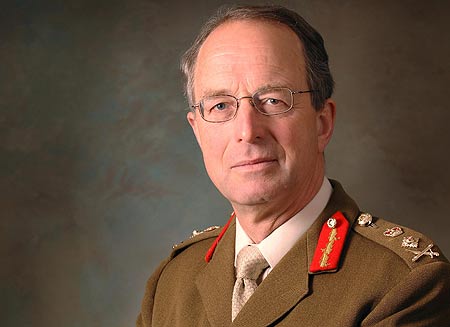 General Sir David Richards, the chief of Britain’s armed forces, told an Atlantic Council audience that the situation in Afghanistan is "radically better than it was in 2008," when he turned over command of the NATO mission.

He noted that little has changed in terms of the strategic vision. The essential understanding of how to accomplish the goals is fundamentally the same now as it was when he took command in 2006 and "we knew what was needed" then. But the resources to get the job done, notably the increase in American troops under the so-called "Afghan Surge," has made a huge difference.

While declaring that he was not interested in weighing in to America’s "domestic political debate" over the war, Richards noted that "We in the UK share almost all the same judgments" reached by the American review of the conflict released last month.

Richards believes the job will get done so long as NATO lives up to its commitments, outlined at the recent Lisbon Summit, to remain in a combat role through the end of 2014. Even after that, he expects that British forces will remain for many years in a training, support, and advisory role similar to that it has maintained with its former colonies — and now "equal partners" — in the region, India and Pakistan.

Additionally, he contends that it would be "morally irresponsible to allow another Rwanda," so there’s little choice but to see the job through.

Asked by Atlantic Council president and CEO Fred Kempe "What worries you" about the mission, Richards observed that "Those who really know what they’re talking about" on the subject of Afghanistan always talk about Pakistan. And those really in the know talk about the wider region, including "India, Iran, and the ‘stans." Securing cooperation from those countries will be vital to long term success and this is by no means assured. Pakistan, in particular, is extremely problematic.

At the same time, however, he believes observers in the West are far too critical of the leadership of Afghanistan and Pakistan, who face nearly incomprehensible challenges. It’s too easy, Richards insists, to demand that they "do more" given the obstacles.