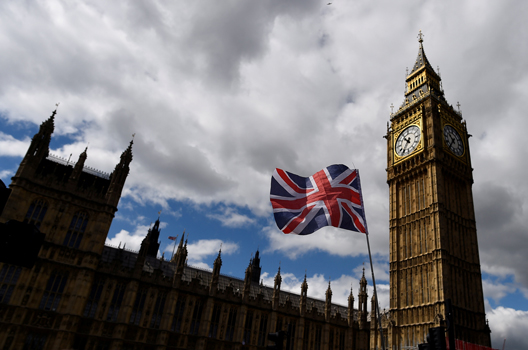 Conservative Prime Minister Theresa May and Labour leader Jeremy Corbyn, the front-runners in the British general election, have endured a volatile race punctuated by two terror attacks that have rocked Britain. With campaigning suspended twice after each incident and British pollsters’ failure to predict Brexit, FutureSource queried a data science firm to get its reading on the election that has challenged conventional forecasters.

GovBrain, located in Washington, DC, uses a patent-pending “Trend Meter” inside its machine learning and artificial intelligence system. GovBrain analyzes digital trends from nearly one thousand government, regulatory, and legislative sources along with political, financial, and technology news sites from around the world.

According to the GovBrain Trend Meter, Prime Minister May’s Conservatives have forged a strong lead that should be the makings of a comfortable victory for the Tory prime minister. Corbyn’s Labour received no bounce on the Trend Meter after both terror incidents, and now Labour lags with too much ground to make up before voting begins Thursday.

Read the full article at FutureSource.

Image: The Union Flag flies near the Houses of Parliament in London, Britain, June 7, 2017. (REUTERS/Clodagh Kilcoyne)