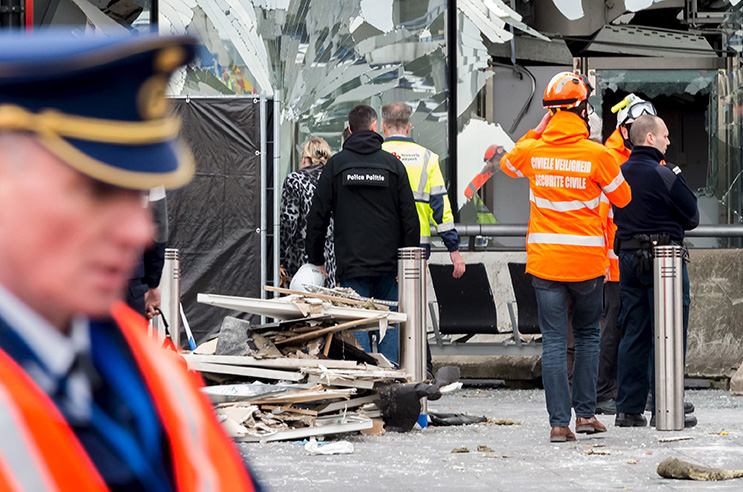 The March 22 terrorist attacks in Brussels will have three major consequences for Europe’s political landscape.

First, it could deal a devastating blow to Europe’s open borders; the Schengen area is the magnum opus of a unified Europe. Following the terrorist attack, authorities shut down major public transport lines between Brussels and its European neighbors. France has sent an additional 1,600 police to “border crossings and air, sea, and rail infrastructure,” closing some major roads to Belgium. France’s Interior Minister also announced plans to implement checkpoints at domestic public transportation stations.

Apprehension is quickly spreading to other European capitals. The United Kingdom, Germany, France, and Italy, among others, have heightened security at large airports and transport points. British, Italian, Dutch, and Polish governments have also convened emergency national meetings amidst growing border security concerns. If nations begin to turn inward, shoring up borders and rejecting the Schengen zone, the foundation of the European project will be shaken to its core.

Second, the attacks will sharpen divisions on the controversial migrant deal the EU just brokered with Turkey. Some will argue that the deal is the only way to stem the tide of migrants, while others argue that visa-free travel from Turkey, a core component of the deal, will only open Europe’s gates to more terrorists. The deal will likely not be strong enough to endure the political shockwaves of the latest terror attacks in Europe.

Third, the Brussels attacks highlight the inadequacy of Europe’s efforts to keep its citizens safe. The attacks will likely drain confidence in EU institutions, such as Europol, Eurojust, and FRONTEX. This will become a centerpiece of the debate over whether the United Kingdom should remain in the EU. Though the United Kingdom has long been a linchpin of the EU, the recent terror attacks could push concerned British voters toward a European retreat, threatening dire consequences for the Union. As it stands, the EU is fragile; a Brexit could make it breakable.

Compounding Europe’s crisis in the wake of the attacks is faltering American leadership. In times of crisis, Europe looks to its strongest ally, the United States, for reassurance. The responses from the presidential candidates thus far—advocating closed borders, linking the attacks directly to Muslim refugees, and patrolling and securing Muslim neighborhoods—will do little to inspire European unity.

Regardless of the political ramifications of these attacks, one thing is clear: ISIS has expanded its footprint in Europe amidst the influx of refugees. Taken by themselves, terrorism and the refugee crisis each pose a significant threat to Europe. But the confluence of the two poses an existential threat to Europe, and one’s momentum feeds off the other.

Tuesday’s tragic events pose serious consequences for European security. In the words of French President François Hollande, “the whole of Europe has been hit,” and it requires a unified response.

Lauren Speranza is a Program Assistant at the Atlantic Council’s Transatlantic Security Initiative.

Image: Staff members at Brussels’ national airport and rescuers on March 23 stood outside the terminal for a ceremony following terrorist attacks on March 22. (Reuters/Geert Vanden Wijngaert)