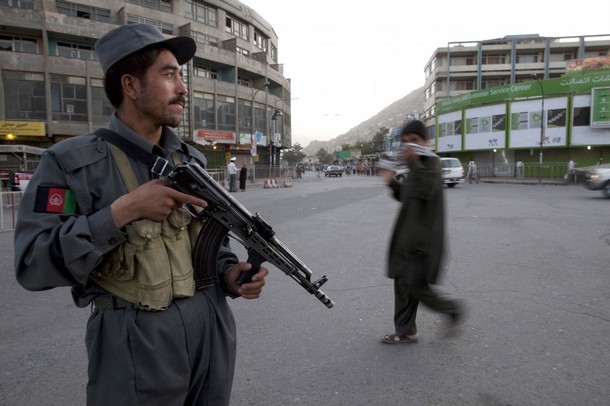 For many of the world’s countries, human security is now national security. Afghanistan is no exception. While much attention centers on building an Afghan army while NATO military forces conduct counterinsurgency operations, there is also a concerted effort to build police forces to fill the security deficit created by years of war.

The push to develop the police is one of the keys to a successful transition. As General David Petraeus recently testified before the House Armed Services Committee, “ISAF and Afghan troopers have, for example, cleared such critical areas as the districts west of Kandahar that were the birthplace of the Taliban movement, as well as important districts of Helmand province, areas that expand the Kabul security bubble, and select locations in the north where the Taliban expanded its presence in recent years.” Deploying police to these areas is important to consolidate gains.

In spite of devoting enormous resources to the task, international efforts had until recently failed to produce the police forces the country needs. Training focused on individual tasks needed to provide local security needs but not the social and cultural skills needed for long-term success.

Previously, the illiterate police force was underpaid and could not support their families. This created temptations for predatory corruption. Police received their pay in cash, which made patrolmen vulnerable to extortion from their supervisors. Finally, the patrolman lacked a solid career path to facilitate professionalization. Now, promotion policies and retirement opportunities create incentives for police to serve the Afghan people and uphold the rule of law as a part of the patrolman’s ethos. These changes have only been in place for a few months and only time will tell if they are successful.

Reflecting on the challenges of police development, the NATO commander responsible for developing the Afghan National Security Forces, Lieutenant General William “Bill” Caldwell, told an audience in Brunssum, Netherlands earlier this year, “Professionalization, as you all know, requires a blend of training, education and experience.” To achieve this, Italian Carbineri, French Gendarmerie, Royal Canadian Mounted Police, Czech Republic National Police, and police trainers from at least ten other countries are working for NATO Training Mission – Afghanistan to develop the Afghan police forces. In partnership with the Afghan Ministry of Interior, the goal is to recruit, train, and assign 134,000 police by October. While attrition remains a challenge, the growth plan appears on track and can only be achieved by supporting the Afghan government.

On the Afghan side, Minister of Interior Besmullah Mohammadi is leading the effort to develop the Afghan National Police. In January, he told the Afghan National Police Symposium, “To win the support and confidence of the people and provide for the personal security of the citizens, we are determined to concentrate more on developing civilian policing capacities of the ANP. In an Islamic and democratic state such as Afghanistan, the police must be directed by the civilian government to serve the people who elect the government and consent to be policed for the common good. We should aim at having a democratic police that serves the people, is concerned with human security, and preserves the rule of law.” Note Minister Mohammadi’s recognition of the human security – national security linkage.

To be sure, Afghan leaders understand the importance of filling the security vacuum and the challenges of developing a policing capability. But they face public perception challenges in the south (where the insurgency is concentrated). However, when looking at Afghanistan as a whole, the police have high approval ratings among Afghans. This is reinforced by the approximately 2,500 Afghans who report to police recruiting stations every month. This is the surest sign that Afghans want to take charge of their future and be free of insurgent manipulation. This sign demonstrates a recognition that each of these Afghans understands that the human security they will provide for their families back home also provides their nation security nation. As they are interviewed upon graduating from training, time and again they acknowledge their pride in serving Allah, their Nation, and their Family.

Derek S. Reveron, an Atlantic Council contributing editor, is assigned to NTM-A; his latest book is Exporting Security: International Engagement, Security Cooperation, and the Changing Face of the U.S. Military. He is currently on leave from the Naval War College. Photo credit: Reuters.