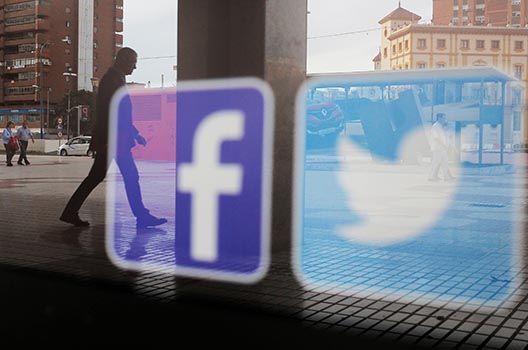 The vast amount of foreign meddling in the 2016 US presidential election was a wakeup call for the European Union (EU). It was obvious the next big target of malign actors would be Europe, with twenty-eight countries electing more than 750 lawmakers in May 2019.

Still, it took two more years for the European Commission, the EU’s executive body, to craft its “action plan against disinformation,” released just six months before the vote, which begins in the United Kingdom and the Netherlands on May 23, with all countries wrapped up by May 26. The plan created an EU-wide “rapid alert system” to keep member states apprised of potential cross-border disinformation threats. It also lassoed in the major tech platforms with a voluntary “code of conduct,” including pledges to take down fake accounts faster and increase transparency of advertising and financing of online content.

Were these measures too little too late? Was the lead time since 2016 squandered? The Atlantic Council’s own Disinfo Portal has documented ongoing disinformation campaigns on social media apparently aimed at influencing the European parliamentary vote.

Sebastian Bay, a senior expert in disinformation with NATO’s Strategic Communication Center of Excellence (StratComCoE) in Riga, argues there have been plenty of improvements implemented in a timely way, even if it may not be obvious from the outside.

Bay has co-authored a new report for the StratComCoE examining how four EU countries—Estonia, Finland, Latvia, and Sweden—prepared themselves to successfully combat potential efforts to disrupt their national elections. He said these four may be among the European governments with the best resilience against meddling but they are not alone.

Bay’s report looks at the threats of hacking of election management systems, spreading disinformation about the reliability of the voting process, and attempts to discourage the will and ability of citizens to participate. He believes EU governments have secured the baseline on these issues ahead of the European vote.

“I think we are in good shape,” Bay said. “There’s been substantial effort at the local, at [the] regional, at [the] national, and at [the] EU level. We have done substantial work for prevention, to plug the holes in the fences, to shore up our defenses, and to send a strong message against the antagonists that we are ready.”

No bombshell on Brussels yet

Ready for what is not yet clear. There has not been any huge trove of disinformation released, although experts say there may still be a last-minute blitz before polls close on May 26. But Bay said structural changes will help ensure election systems can withstand such attacks if they come.

“Take, for example, the monitoring of impersonation of government or public accounts,” he suggested. “When we started discussing this problem some years ago, there were no institutional frameworks to reach out to the platforms to have them take swift action. Let’s say, for example, that the election commission in a country, their websites or their presence on social media platforms is hijacked. You need a direct way to reach the social media companies. So that exists now in the four countries we studied for sure, and in many of the other countries as well.”

Bay gives social media giants a mixed review in battling disinformation. “It’s been a combination of stick and carrot to get the platforms to understand the problem,” he said. “I think they themselves have said several times that they didn’t quite appreciate [it].” At the same time, he said, Facebook, Google, and Twitter have greatly improved their performance in identifying and removing “coordinated inauthentic behavior,” networks that misrepresent the identities of their members and try to mislead people. “That doesn’t mean that that we are satisfied,” Bay said, “There is a lot more work that needs to be done to make social media platforms a safer place during elections and for the public as a whole.”

But on the whole, he said, as a union “we have come a long way since 2016, that’s for sure” and he believes this has created a deterrent against potential bad actors. “There is a strong determination among many of the countries that we will point out any antagonists,” he underscored. “[I]nterference will not go unpunished. It will be pointed out; there will be consequences. And I think that message has been heard.”

The European Commission plans to assess the vote almost immediately and release a report in mid-June gauging the impact fake accounts and false information may have had.