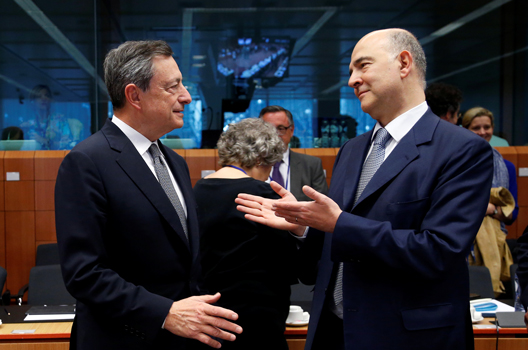 On May 30, EU member states at the European Council set forth a series of regulatory policies designed to diversify the funding sources available to small- and medium-sized enterprises (SMEs) and early-stage companies. They also agreed to a regulatory policy regarding securitization.

These policy shifts are crucial to the creation of a common capital market in Europe that includes a larger role for market-based finance alongside banks in financing growth and innovation. They are also crucial to developing a foundation for an innovative economy that can contribute to dynamic growth prospects with particularly European characteristics, as discussed in the Atlantic Council’s recently published EuroGrowth Initiative Report.

The new openness to market-based finance sends a strong signal regarding Europe’s resignation to Brexit. It implies policymakers meeting in Brussels are shifting strategically toward developing their own capital markets rather than rely on London-based markets.

The next challenge European policymakers will face is convincing small European companies of the need to accept outside investors and equity holders into their corporate structure.

On May 30, EU member states expanded the scope of this regulation less than one year after the expansions were proposed by the European Commission. This was done in two ways:

·         Eligible companies expanded: Small companies with less than 499 employees, as well as SMEs listed on SME growth markets (multilateral trading facilities created by the Markets in Financial Instruments Directive [MiFID]), will now be eligible to receive investments from EU venture capital funds. In addition, start-ups and early-stage companies with social objectives (EuSEF) with fewer than 499 employees also will be eligible to receive these investments.

The press release from the European Council to announce the policy changes was silent on whether member states accepted the Commission’s additional proposals regarding simplification of the registration process for venture capital funds and for harmonization in the minimum capital required to become a fund manager. It is possible that these issues, which were raised by the European Commission last year, can be addressed through technical implementing measures, or when applying MiFID requirements to venture capital investments.

Policymakers also reached an agreement with the European Parliament regarding the creation of a “simple, transparent, standardized” securitization framework for the European Union. The risk-retention requirement has been set at 5 percent, a data repository for securitization transactions will be created, and a “light touch” authorization process will apply to third parties.

Policymakers have taken important steps toward diversifying the funding sources available to early-stage companies and SMEs. This is particularly critical for unlocking growth in Europe since banks (which provide over 80 percent of all finance in Europe) remain saddled with an overhang of crisis-era non-performing loans while continuing to implement post-crisis regulatory reforms. The decision comes at a particularly good moment. InvestEurope recently released data showing that although 2016 delivered robust growth to venture capital funds in Europe, their actual investments had been declining for two years. It remains to be seen how these regulations will affect this trend.

The shift toward increased reliance on market-based finance also retains a distinct European character.  Regulation 346/2013 created a new kind of “social entrepreneur” focused on providing goods or services to “vulnerable or marginalized, disadvantaged or excluded persons,” and using profits “to achieve their primary social objective.” Venture capital funds investing in these entities (EuSEFs) must invest at least 70 percent of their assets in such companies.

In addition, state-owned financial institutions and pension funds in Europe are now authorized to invest in venture capital funds alongside the EIB. This adds another layer of European public sector engagement with private capital market activity. Such investments may temper concerns that European policy is moving too far toward “Anglo-Saxon” capital market models, a model that applies in the United States and the United Kingdom which relies more on capital markets than on bank lending, particularly if the new rules expand funding to social entrepreneurs.

Barbara C. Matthews is the managing director of BCM International Regulatory Analytics LLC and a senior fellow with the Global Business and Economics Program at the Atlantic Council. You can follow her on Twitter @bcmstrategy.