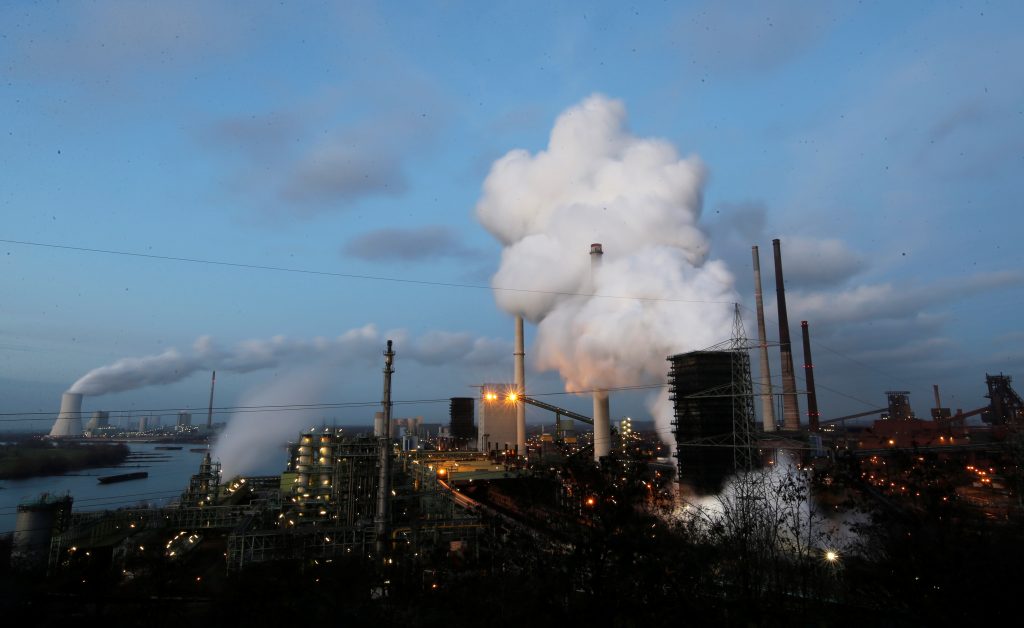 The Biden administration may only be several months old, but its statements and actions have already raised the global profile of climate issues. The new climate czar, John Kerry, has been traveling the world to secure bilateral pledges of more aggressive action to combat climate change. And expectations are rising for a new consensus on collective mitigation activities at the 26th United Nations Climate Change Conference of the Parties (COP26) in Glasgow, Scotland in November. These are welcome developments, particularly when coupled with new regulatory actions by large emitting economies, including China and India, to reduce their carbon footprints and the game-changing possibilities of the European Union (EU) moving forward on its own green deal.

As climate issues finally gain prominence, trade experts are dissecting the trade angles and opportunities. An informal group of countries in the World Trade Organization (WTO), inelegantly referring to their deliberations as the Structured Discussions on Trade and Environmental Sustainability, has fleshed out a wide-ranging agenda, including specific aspects of the overlap between trade and climate. There is new talk of resuming dormant negotiations in the WTO, or even in the Asia-Pacific Economic Cooperation (APEC), on environmental goods (e.g., solar panels, wind turbines, and lithium batteries) by as early as the end of the year, ideally structured in ways that avoid the pitfalls of the past.

There is also growing attention on the concept of carbon border adjustment mechanisms (CBAMs). While CBAM may sound like the name of the hottest new boy band, it is instead a hypothetical form of trade restriction intended to deal with “carbon leakage”: the expectation that aggressive mitigation efforts in some countries might divert investment and production to countries with more relaxed carbon rules. The approach has been proposed in the United States and EU but never formally implemented. As such, CBAMs exist only in the realm of lawyers and academics jousting over whether they are compliant with WTO rules. There are no CBAMs in place yet, and thus no real-life examples to consider in terms of trade impacts and trade tensions.

The form a CBAM takes is likely to depend on the kind of national system a country puts into place to curb greenhouse gases from major domestic emitters such as steel firms and transport services. A carbon tax, calculated as a fixed amount tied to volume of emissions, may be fairly straightforward and more likely to be deemed compliant with WTO rules if applied on a non-discriminatory basis to imported goods and services. Other national regulatory approaches with corresponding CBAMs, such as a system that requires both domestic producers and importers to purchase “allowances” to account for their emissions, raise more complicated questions.

While these questions have been largely academic to date, that may be changing. To be sure, previous early warnings of CBAMs came to naught. During the Obama administration, I was involved in discussions on a system of international reserve allowances, which would have imposed new de facto tariffs on importers to offset carbon leakage in energy- and trade-intensive sectors such as steel, aluminum, cement, paper, and a few others. This was an essential part of US cap-and-trade legislation to create a marketplace for allowances to emit greenhouse gases. But, after passing the House in 2009, cap-and-trade died in the Senate in 2010 and hasn’t been revived since. In 2012 the EU explored creating a form of carbon adjustment for airlines when it extended its emissions-trading system. Both proposed actions created early international tensions, so much so that China, India, South Africa, and a host of other developing countries pressed for a prohibition against such unilateral measures in climate negotiations. In fact, the reason there have been no specific commitments to avoid unilateral trade restrictions negotiated in climate accords to date is likely because CBAMs have remained academic.

Now the EU, under new leadership, is pursuing a much broader climate agenda with its green deal, including transitional implementation of CBAMs starting in 2023. Until now the EU’s emissions-trading system provided free allowances in sectors with high emissions. However, it is now shifting to a system in which firms in these sectors must purchase allowances. This shift creates a host of political problems involving new restrictions on carbon-intensive industries, and CBAMs, which would apply trade restrictions to competing imports, are seen as an antidote. The EU’s ambitious initiative may well establish a model for CBAMs that other countries may aspire to or confront, just as the EU has set reference points on digital privacy and competition regulation. Those who follow in the EU’s footsteps can learn from this experience, while those who feel negatively impacted likely will push back. The United States under the Biden administration is on an uncertain path in terms of climate policies and measures to curb greenhouse-gas emissions, and comments from administration officials thus far suggest that it has not fully considered the question of CBAMs.

In order to have a serious debate about the implications of CBAMs, including WTO legality, policymakers must examine some basic questions before enthusiasm gets ahead of international realities. The path forward is likely to be full of drama, showdowns, and uncertainty.

These are some of my initial questions:

These and other questions suggest that putting CBAMs in place will prove challenging. In fact, we could see multiple new battlefronts, including bilateral trade tensions, WTO disputes, and proposals in climate negotiations to prohibit unilateral implementation of CBAMs. For example, Indian trade minister Piyush Goyal recently noted that it would be “very unfair today to bring trade policy and trade barriers and use trade as a means to foist [new restrictions] upon the developing world or the less developed countries.”

Before all of this starts to unfold, discussions among like-minded countries should take place, gravitating from academic and legal circles to government officials, including trade officials, on how to avoid misunderstandings and even the next generation of trade wars. As climate leaders like to remind us, this is a global and even existential challenge. So actions that might create fissures in the global response should be pursued with eyes wide open.

Mark Linscott is a nonresident senior fellow with the Atlantic Council’s South Asia Center. He was the assistant US trade representative (USTR) for environment and natural resources between 2003 and 2012, and was the lead US trade official involved in the Obama administration’s efforts in support of climate cap-and-trade legislation. He later served as the assistant USTR for WTO and multilateral affairs, and for South and Central Asia.

The new challenge for NATO: Securing a climate-changed world

Allied countries are becoming increasingly aware of the nexus between climate change and security. But there is so much more work to be done in this field—and NATO should set an example in achieving it.