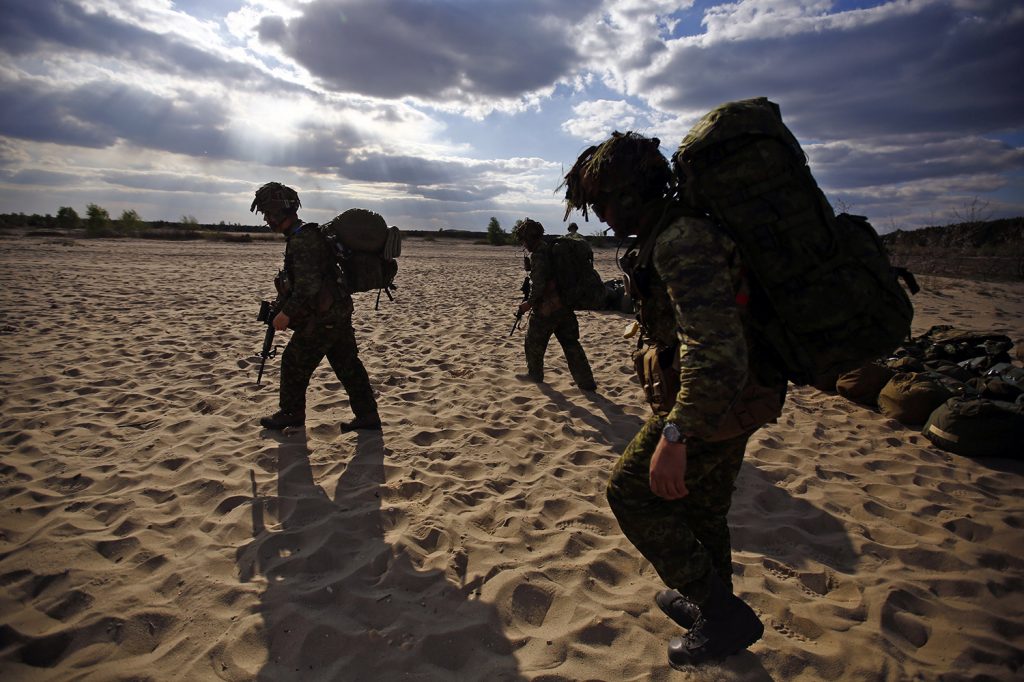 After returning the United States to the Paris Agreement, US President Joe Biden invited forty world leaders to the Leaders Summit on Climate that he will host virtually on April 22 and 23. The summit comes as world leaders gear up for the United Nations Climate Change Conference of the Parties (COP26) this November in Glasgow.

Climate change is presenting a complex challenge for humanity as it contributes to sea-level rise, raises temperatures in wildlife habitats, increases rainfall and snowfall across the globe, and causes severe drought in some regions. But climate change is also presenting challenges for our security, requiring NATO to act.

Environmental change has historically been part of NATO’s focus. In 1969, for example, the Alliance established a scientific forum known as the Committee on the Challenges of Modern Society in accordance with Article 2 of the 1949 North Atlantic Treaty, which commits the parties to promote “conditions of stability and well-being.”

NATO also addressed the topic in its 2010 Strategic Concept. The document outlines the key environmental and resource constraints, including climate change, that will shape the future security environment and have the potential to significantly affect NATO’s planning and operations. At the 2012 Chicago Summit, members of the Alliance agreed to work on improving the energy efficiency of their military forces. And in 2014, NATO adopted the Green Defence Framework. As part of this framework, the Alliance aspired to reduce the environmental footprint of its military operations and to invest in green technologies to improve its resilience.

Now NATO should dive deeper into this subject. NATO Secretary General Jens Stoltenberg has written that it is essential for NATO to more closely monitor its impact on the climate and environment and to make changes to curb climate change, including integrating climate change into the Alliance’s military planning and strategy for training armed forces. He has pointed out that climate change will only make NATO’s job harder; the Alliance’s troops often operate in difficult environments already, like in Afghanistan or Iraq, and they will have to adapt to new realities influenced by climate change in order to remain effective. Stoltenberg, moreover, has called on NATO to enhance its ability to respond to natural disasters, in a similar manner to how it has responded to the COVID-19 pandemic, and urged members of the Alliance to contribute to the objective of net-zero carbon emissions by 2050. Having demonstrated a passion for this topic, including in his previous role as United Nations special envoy on climate change, Stoltenberg feels a responsibility to pioneer NATO’s efforts, as part of a comprehensive approach, to fight climate change for the sake of global security.

It is therefore no coincidence that “NATO 2030: United for a New Era,” a report from an independent Experts Group commissioned by Stoltenberg, tackles climate change as it will impact human security and shape the environment in which the Alliance operates. In analyzing potential threats and challenges that lie beyond the year 2030 and assessing ways for NATO to continue adapting to the evolving security environment, the Experts Group came up with a number of recommendations: incorporating climate change into the Alliance’s future strategic documents like the Strategic Concept; enhancing situational awareness across the High North and the Arctic and developing a strategy that takes into account broader deterrence and defense plans in part by updating the 2011 Alliance Maritime Strategy; including climate change in planning on resilience and crisis management; revising the Green Defence Framework; and establishing a Centre of Excellence on Climate and Security to improve information-sharing. Now the secretary general will need to formulate his own recommendations for the consideration of NATO leaders at their upcoming summit later this year.

As he charts NATO’s future path, Stoltenberg has also consulted with leaders from younger generations including Generation Z, who attach great importance to the issue of climate change. In “NATO 2030: Embrace the change, guard the values,” a report compiled by the Alliance’s Young Leaders Group, climate change features prominently. The authors lay out three legal bases from the North Atlantic Treaty for NATO taking climate-related action: Article 2, which aims to foster economic stability; Article 3, which commits Allies to enhancing their individual and collective capacities to resist attack; and Article 4, which calls for Allies to consult with one another whenever the security of any Ally is threatened. The Young Leaders Group recommends ways for NATO to support members of the Alliance in their attempts to reduce emissions. Those include assisting Allied countries in measuring the carbon emissions from their militaries, eventually encouraging them to agree to voluntary cuts, and setting green targets for defense planning like one to create cleaner military technology and equipment (the development of which should be a part of a reformed target for members spending at least 2 percent of their gross domestic product on defense). An additional recommendation involves NATO deepening cooperation with other international organizations on countering climate change—by, for example, working with the United Nations to incorporate climate-related security risks into the agenda of future COPs.

There are already important and relevant ideas that could guide NATO’s work on these issues in the period ahead, and they will feature in discussions in the run-up to and during the Leaders Summit on Climate, the NATO summit, and COP26:

In Stoltenberg’s own words, “NATO’s core task is to keep us all safe. Climate change is making the world more unsafe. So to fulfill our main responsibility, NATO must help to curb climate change.” In the interest of NATO and its members, the Alliance should build on the leadership that the secretary general has exercised in this domain. Allied countries are becoming increasingly aware of the nexus between climate change and security. But there is so much more work to be done in this field—and NATO should set an example in achieving it.

Ambassador Ahmet Uzumcu is the former director general of the Organisation for the Prohibition of Chemical Weapons and was the Turkish permanent representative to NATO from 2002 to 2004.

Ambassador Tacan Ildem is a member of the NATO 2030 Experts Group, former NATO assistant secretary general, and former Turkish permanent representative to NATO from 2006 to 2009.

Ambassador Fatih Ceylan is the former deputy undersecretary at the Turkish Ministry of Foreign Affairs and former Turkish permanent representative to NATO from 2013 to 2018.

A paradigm shift under President Joe Biden: From “energy dominance” towards climate cooperation

The US return to the Paris Agreement and the appointment of John Kerry as the new US Special Presidential Envoy for Climate indicate a new paradigm: international energy and climate cooperation is back on the agenda. While there may be challenges to achieving broader goals, hopes are up for a transatlantic New Energy Deal between the United States and the EU in light of new policy substance with ambitious climate targets, and a new tone.