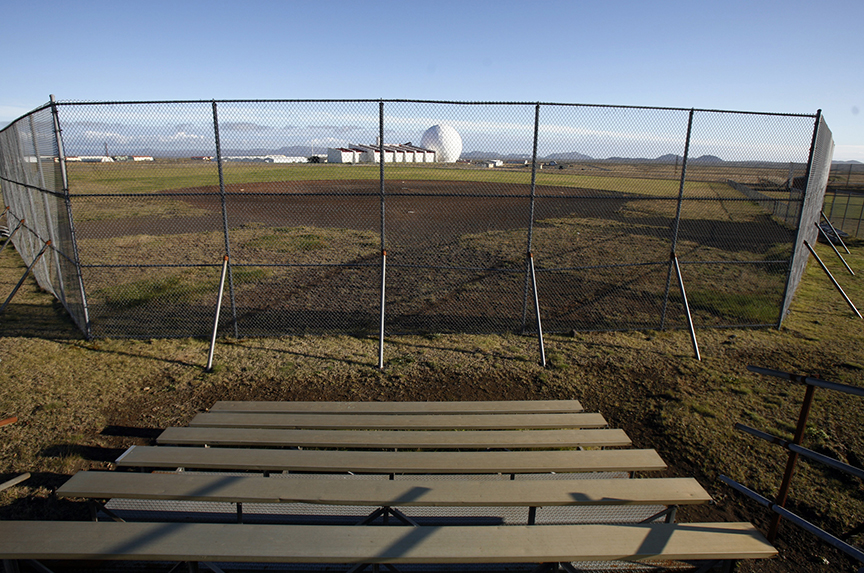 In its Cold War heyday, the tiny town of Keflavik (population 15,129 today) played an outsized role on the world stage as a strategic outpost for the United States and its NATO allies, keeping an eye on Soviet and Russian activities. The Icelandic airbase was home to thousands of US servicemembers and their families. As Moscow-Washington tensions abated, so did the interest in keeping the base staffed up. By 2006, and over the protestations of the Icelandic government which felt somewhat abandoned, the US government returned control of the base to Reykjavik. It became a sprawling mix of privatized apartment buildings, schools, and other civilian facilities.

Fast forward to 2014: Russia annexes Crimea in a sudden manifestation of its increasingly aggressive military posture. A month later, Capt. Jon Gudnason, commander of the Keflavik Airbase for the last thirty years, got a phone call from Washington.  In a brief conversation, US Navy officials told him they would like to beef the base back up a bit. Gudnason said sure, they were welcome.

They said they would be there the next day.

Gudnason said he wasn’t alarmed or surprised and simply started to prepare for guests (not a small feat in a small town strapped for extra beds). “We don’t ask questions,” Gudnason said with a chuckle. “We are used to things like this. This is what we are here for.”

Iceland’s foreign minister, Gudlaugur Thor Thordarson, said there was no mystery about the United States’ renewed interest in Keflavik. “We all know why this is happening,” he said. “It’s because we have seen activities from the Russian military which we haven’t seen for a long time. This has all started after Ukraine.”

Russia’s annexation of Crimea is a clear notch on the timeline marking the climb in value for the Icelandic vantage point. Thordarson explained that in 2014 the United States military spent twenty days operating out of Keflavik; in 2017 that had multiplied to 152 days. Meanwhile the US and Icelandic governments signed a formal agreement in 2016 on the use of the base, a sign this trend is going to continue. The US Congress has now allocated $14.4 million to upgrade a military hangar to accommodate the Boeing P-8 Poseidon, a bigger and heavier aircraft than the Lockheed P-3 Orions that were used in decades past. That money will also install an aircraft washing station to deal with the salt and sand that are Icelandic specialties.

Thordarson predicts NATO will spend more time on North Atlantic issues in the near future than it has “for a very long time.” NATO Secretary General Jens Stoltenberg acknowledged as much—with “increased Russian presence… more naval presence, more submarines, more exercises”—in a recent speech at Leiden University in the Netherlands. However, Stoltenberg underscored his wish to “keep the tensions low in the High North.”

“It’s in our interest and in Russia’s interest,” he said, while at the same time “we have to be firm, we have to be capable of delivering credible deterrence.”

Magnus Nordenmann, director of the Atlantic Council’s Transatlantic Security Initiative, said NATO is right to be concerned. While the Russian navy is much smaller than was its Soviet forerunner, he said its arsenal is much more sophisticated and skilled than it was during the during the Cold War.

“It has added new capabilities, including launching cruise missiles, which they have shown repeatedly off the coast of Syria,” Nordenmann said. While that used to be a capability only the United States and the United Kingdom possessed, he explained, “this is now very much a Russian capability.”

“So, one of my key concerns with the resurgent Russian submarine force is their ability to launch long-range cruise missiles against targets in northern Europe,” he added.

Icelandic officials said they did not feel particularly threatened by the submarine activity, but they are not comfortable with it either. Iceland has no military forces and relies on its allies—and, the foreign minister pointed out, respect for international law—to keep itself secure. So, Thordarson said, “it’s a big threat to everyone if you have a submarine like this that no one knows where they are.”

Then there is the point that Kremlin intentions are unpredictable. “We don’t know what their strategy is,” Thordarson said of the Russians. “What we need to do is just to show that we stick together in solidarity inside NATO.”

Image: An abandoned baseball field and radar dome are seen after the United States ended its military presence at the Keflavik Naval Air Station in Iceland on September 30, 2006. Now, the United States is looking to beef up its presence in Keflavik in response to an increasingly aggressive Russian military posture in the region. (Reuters/Bob Strong)