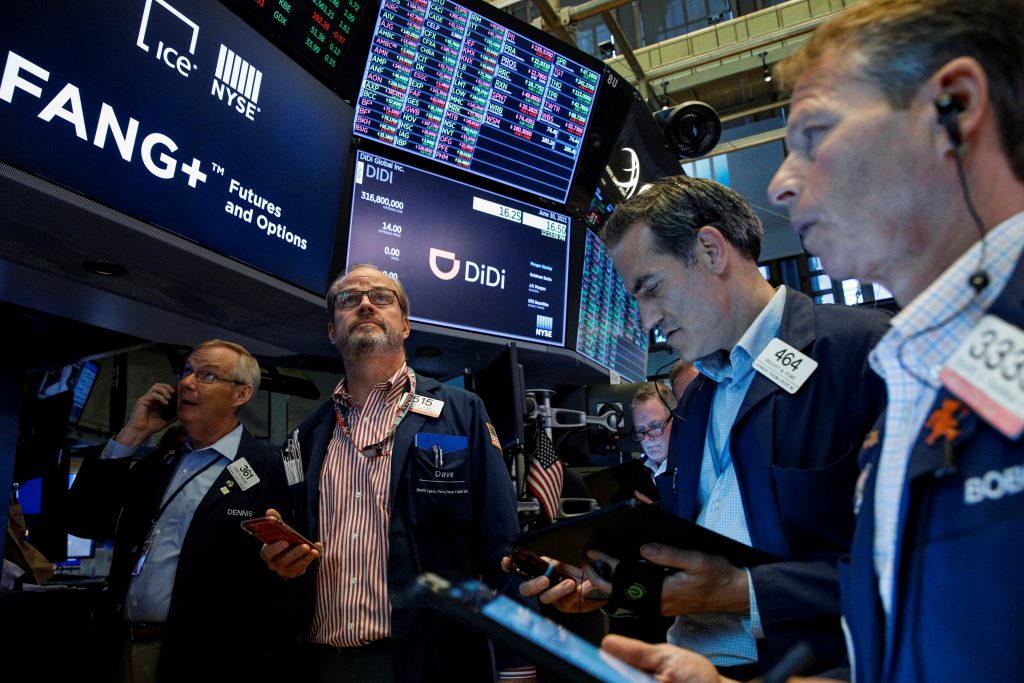 Didi Global Inc, China’s equivalent of Uber, launched its initial public offering (IPO) on June 30, raising $4.4 billion and joining thirty-five other Chinese companies that have offered shares in the United States so far this year (for a total $12.6 billion). However, right after Didi’s IPO, the Cyberspace Administration of China (CAC) opened an investigation into the company’s violations of national-security, cybersecurity, and data-security laws by “illegally collecting and using personal information.” The CAC banned Didi’s ride-hailing platform from app stores throughout China, leading to a 20 percent drop in Didi’s stock on July 6, and then banned 25 more Didi-operated apps on July 9. What lessons can one learn from this episode?

In the name of national security

China’s regulatory intervention against Didi follows a series of investigations into prominent Chinese platform companies with overseas listings. Most newsworthy was last November’s suspension of the imminent dual IPO listing of Ant Financial on the Hong Kong and Shanghai stock exchanges for an estimated $34.5 billion, which would have set a global record. While media reports indicate that Ant’s controlling shareholder Jack Ma’s critical remarks about China’s “tight financial regulation” triggered the IPO suspension, the government’s official reason was that Ant ran afoul of financial regulations by extending credit through its platform without adequate capitalization and risk management. The investigation eventually led Ant Financial to form a bank holding company, subject to full banking regulation and supervision.

Shortly thereafter, Ant’s parent company, Alibaba Group Holding, was also subjected to antitrust investigations, resulting in a fine of $2.8 billion. Alibaba’s share prices have fallen by about 35 percent since February. Reportedly under the guidance of President Xi Jinping, the lead regulatory agencies in Alibaba’s case seem to be the People’s Bank of China, the China Securities Regulatory Commission, and the State Administration for Market Regulation; and while government agencies mentioned the issue of personal data privacy in the press, it was not prominent.

By contrast, Didi was specifically cited for breaking national- and data-security laws. The lead agency this time, CAC, has also investigated and blocked app downloads of other Chinese platform companies that have recently listed in the United States—including digital freight platform Full Truck Alliance and job-recruiting app Kanzhun—saying it was acting “to prevent national data security risks and safeguard national security.” Putting aside the problems of properly collecting, storing (with servers located in China), and using personal data according to China’s legal requirements, China’s invocation of the national-security law puts the issue in a geopolitical context.

Basically, the government appears to believe that when Chinese companies list overseas, local regulators could have access to the personal customer data these platforms have accumulated. This could be why China has pledged to tighten regulations for overseas listing—including possibly closing down a loophole whereby Chinese companies have used variable interest entities incorporated in offshore financial centers such as the Bahamas as vehicles for listing on international stock exchanges.

China’s recent actions should be seen against the background of a new US law, effective last year, requiring audit papers of US-listed foreign companies to be open for regulatory inspection—and warning that failure to comply in three consecutive years will result in delisting. China has always resisted complying with such US requirements on national-security grounds and will likely strengthen its opposition. The hardening of positions between the United States (requiring transparency and disclosures by all listed companies) and China (safeguarding national security) will likely lead to a delisting of at least some of the 248 Chinese companies listed on major US stock exchanges, with a total market capitalization of $2.1 trillion. Most of those are tech companies.

Taking measures to restrict the overseas listing of Chinese platform companies on national-security grounds appears to be consistent with the Chinese Communist Party’s (CCP’s) efforts to proscribe the use of customer personal data by platform companies, which could become too influential in society, to ensure the government has control over such data. However, restricting overseas listing seems to be at odds with the country’s efforts to liberalize and open up its financial markets.

Indeed, despite the trade war with the Trump administration, in recent years China has steadily made it easier for foreigners to invest in Chinese stock and bond markets, including through the Qualified Foreign Institutional Investor scheme as well as stock and bond connect programs. As a result, foreign ownership of Chinese stocks has risen to RMB 3.4 trillion ($525 billion), or 4.2 percent of market capitalization, and that of Chinese bonds to RMB 3.7 trillion ($567 billion), an increase of more than 50 percent in the past year.

In addition, China has allowed full foreign ownership of more financial services firms—an attractive proposition for many of them to participate in China’s $54 trillion financial market. So far, quite a few Western firms have won approval to set up wholly-owned or majority-owned ventures in China’s asset management and securities industries. China’s effort to modernize its financial markets could be hindered to some extent by restricting overseas listing by Chinese companies—until now a major channel for those companies to raise funds internationally while benefiting from operating in a strong regulatory and competitive market environment.

The apparent contradiction can be reconciled by recognizing that China indeed wants to open and modernize its financial markets to support economic growth and development, but on its terms—financial liberalization with Chinese characteristics, so to speak. This approach will likely make it difficult to move forward in reforming the World Trade Organization rules-based trading system or even using reciprocity as the basis to make economic relations between China and the West more regular.

What US investors should know

Two features of China’s recent actions should be worrisome for US investors.

First, the elevation of national-security concerns to the top of China’s corporate regulatory agenda, in particular overseas listing, has seemingly caught many investors by surprise—even though such a move should not have been totally unexpected given the heightened strategic competition between China and the United States. Going forward, the most difficult problem for international investors is to decipher what else in the broad area of companies collecting and using personal data the CAC deems to be relevant to national security, and to what extent the Chinese authorities let those national-security concerns trump other business or economic considerations in making decisions. Essentially, investors will find themselves in uncharted waters where China’s paramount policy goal (safeguarding national security) and its toolbox are not transparent and completely at the discretion of the Chinese authorities.

Second, the process leading to China’s announcement of the investigation into Didi and other companies has been shrouded in mystery. Reportedly, the CAC had suggested Didi not launch the IPO to no avail; therefore, after Didi completed the listing, CAC felt compelled to act. Didi executives protested that they were not aware of any such pending regulatory move. This creates an interesting conundrum. If Didi is right, there is a major problem in China’s regulatory practices: keeping a company in the dark before announcing a serious penalty. If Didi is not being truthful, that could expose company management to lawsuits in the United States for withholding material information in an IPO. In fact, the company faces at last two class-action lawsuits by investors for that reason. This episode also shows that Chinese regulators really don’t take into account potential losses inflicted on investors and companies as a result of their actions.

The lack of transparency and predictability of Chinese regulatory actions, in addition to the importance of national-security concerns in regulating company affairs, should lead to a political risk premium in Chinese stock prices. Such a risk premium may or may not be sufficient, but investors should see this episode as a warning: When it comes to Chinese tech stocks, buyer beware.

On June 10, 2021, China’s National People’s Congress passed the Anti-Foreign Sanctions Law. This has raised the complexity and risk of doing business globally, especially as sanctions and counter-sanctions are likely to proliferate in the intensifying US-China strategic competition.

Is the US-China strategic competition a cold war?

There has been a renewed debate on whether the heightened tension between China and the United States should be called a new cold war.