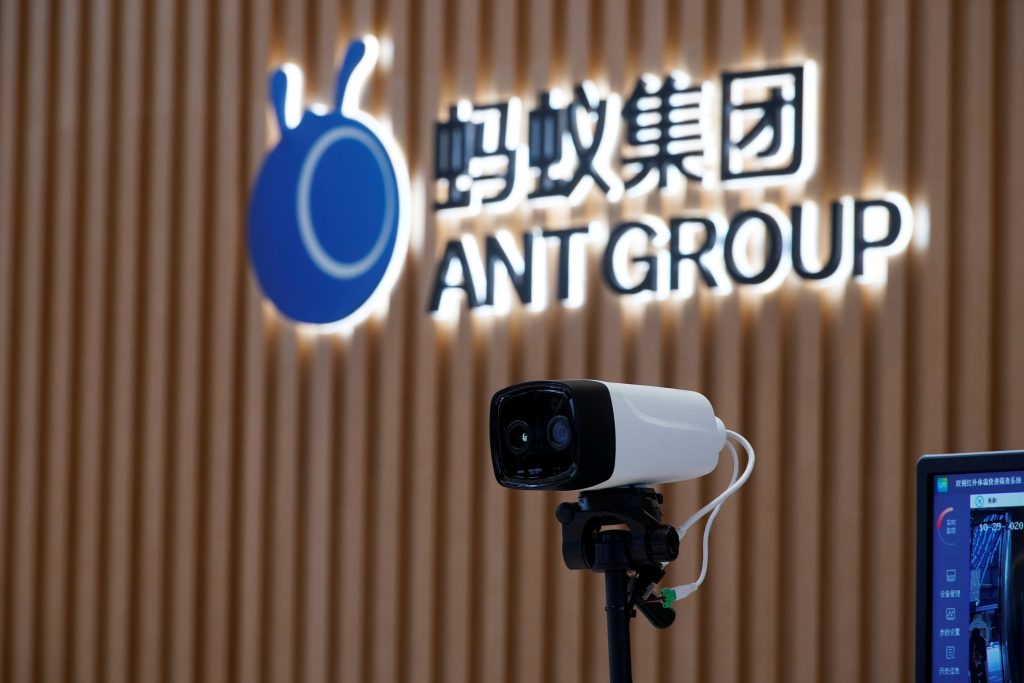 In a marked shift from its once-sacrosanct policy of economic reform and market opening, China these days seems to be increasingly tightening the state’s hand over business. Its government-controlled press is warning multinationals like Nike and United Airlines to keep silent over the situations in Xinjiang and the Taiwan Strait—or risk being pushed out of the market. Officials are pressuring the country’s successful private companies to allow Chinese Communist Party (CCP) committees into their management and forcing them to bend to Beijing’s diktats. As the regime comes to see these companies as a rising threat, it’s becoming clear that we’re entering a new era of Chinese state capitalism.

After Chinese regulators last year suddenly halted what would have been the world’s largest stock offering, Ant Group’s $37 billion IPO in Shanghai and  Hong Kong, Jack Ma, the founder of parent company Alibaba and China’s best-known entrepreneur, vanished from the public eye and may be under orders to not leave the country. On April 9, Alibaba was slapped with a $2.8 billion anti-monopoly fine, the largest ever levied in the country, and Ma will likely be forced to sell his stake in Ant, possibly to a state-owned company.

All this is happening even as China’s economy slows in the face of serious headwinds including an aging population and falling productivity—a time when most economists would argue China needs a vibrant, less-fettered business sector. And yet it appears that China’s economy is being forced to take a backseat to politics, as exemplified by the Mao Zedong-era slogan “politics in command,” or zhengzhi guashuai.

From the perspective of the country’s leaders, however, all these moves are rational steps towards fulfilling their most important ambition: building China into a globally powerful and prosperous nation led by a Communist Party that brooks no opposition to its rule.

To understand this seeming contradiction, one must recognize how dramatically China’s economic strategy has changed in recent years. Setting aside its market liberalization when China entered the World Trade Organization in 2001, Beijing has moved decisively towards a more state interventionist, internally focused, and self-reliant economy—what its leaders call the “dual circulation” strategy. And while some date the shift to as far back as 2006, when officials touted the adoption of “indigenous innovation” policies to build up domestic industries, the implementation of the strategy really took off after Xi Jinping became the country’s top leader in 2012.

What we are seeing today is a “comprehensive, top-down economic strategy that aims to reshape the country’s economy and its economic interactions with the rest of the world,” said University of Toronto economist Loren Brandt in testimony to the US-China Economic and Security Review Commission on April 15. “This course represents a departure from the main elements of a development path that evolved over the course of the first three decades of reform from 1978-2007,” which included “a combination of bottom-up, decentralizing domestic economic reform and external opening.”

Former US President Donald Trump’s trade war plus ongoing US efforts to cripple its most successful technology companies like Huawei no doubt helped convince China’s leaders of the risks associated with being dependent on the outside world. But Beijing’s ambitions go further. In an April 2020 speech, Xi called for an all-out effort to develop an indigenous supply chain that the rest of the world relies on, thus creating leverage over other countries. “We must sustain and enhance our superiority across the entire production chain in sectors such as high-speed rail, electric-power equipment, new energy, and communications equipment, and improve industrial quality,” Xi told a party commission on finance and the economy that he heads. “And we must tighten international production chains’ dependence on China, forming powerful countermeasures and deterrent capabilities based on artificially cutting off supply to foreigners.”

To have any chance of making this shift, Beijing needs compliant companies that are vulnerable to the party’s whims and susceptible to its demands. Foreign companies, for example, should feel that sharing their technology with local partners is the natural price of access to the Chinese market. And for Chinese leaders to continue to successfully push the official narrative of a strong China led by an entrenched and unchallengeable CCP, they cannot tolerate anyone, including international business representatives, criticizing the country’s human-rights violations or its assertive push beyond its borders.

“Increasingly [the CCP is] saying you have to choose,” former US deputy national security advisor Matt Pottinger explained in a speech at the Mansfield Center in Montana in March. “You either have to live by our rules and norms, which means shut your mouths about things like genocide in Xinjiang, or the threat of war with Taiwan, or the undermining of the rule of law and democracy in Hong Kong … or you can forget about having access to the Chinese market.”

The reality is that Beijing doesn’t need multinationals to the extent it once did. China’s own companies are increasingly able to provide the money and managerial know-how that foreign investors were once courted for. Their declining importance is evident when one looks at the manufacturing industry, as Brandt, the University of Toronto economist, pointed out. His research shows that the number of foreign-invested firms in China fell by more than 15 percent from 2013 until 2019, while the number of Chinese firms went up by over 10 percent. (Data includes all firms with sales of more than twenty million yuan, making up more than 80 percent of industry output.)

Private enterprises, compared to China’s state-owned companies, are seen as also important and more threatening to the party. Liu He, Xi’s economic advisor, likes to refer to the private sector with the phrase “56789.” That refers to the important role private businesses play in generating 50 percent of total tax revenue, 60 percent of gross domestic product (GDP), 70 percent of all innovation, 80 percent of jobs in the cities, and 90 percent of all registered companies.

But at the same time, Chinese officials believe that private enterprises have amassed too much power. When Alibaba last year was able to strip from the Internet all references to a scandal involving one of its managers, it was a wake-up call for a government loath to share its censorship powers—least of all with a private company. Fears about Alibaba’s control over information have motivated officials to pressure the company to sell off some of its extensive media holdings, including the high-profile English language, Hong Kong-based newspaper South China Morning Post. Even an executive business school Ma established in Hangzhou—Hupan University—is viewed by some in Beijing as a threat and has been ordered to not admit a new class this year. “The government thinks Hupan has the potential to organize China’s top entrepreneurs to work towards a common goal set by Jack Ma instead of the Communist Party,” a person close to the school told the Financial Times.

Even as Xi has sternly reminded entrepreneurs that they should “love the Communist Party,” a number of high-profile businessmen have been put in jail recently. The outspoken real-estate tycoon Ren Zhiqiang was given an 18-year sentence last year for corruption; many believe his real sin was writing an unpublished essay that indirectly criticized Xi for his handling of the pandemic. Sun Dawu, the founder of an agricultural conglomerate near Beijing, was arrested in November following a land dispute with a state farm, and his company was seized by the government. He was charged with illegal fundraising and obstructing public service, as well as other offenses in April; many believe Sun is being punished for his support for political liberalization.

Fears of independent entrepreneurs explain efforts by the Chinese government to establish stronger controls over the internal operations of private firms. “Mixed ownership,” a controversial policy where state-owned firms take a stake in private ones or vice versa, rose by 24 percent from 2015 to 2018, according to the Chicago-based think tank MacroPolo. As a result of a Xi-directed campaign to expand the CCP’s role in business, the proportion of private enterprises with internal party committees has grown from 35.6 percent in 2012 to 48.3 percent in 2018; meanwhile, more than 90 percent of China’s top 500 private companies have a party presence. Following a top-level party declaration on the importance of further expanding the party’s influence over the private sector last September, the opening of cells in business is likely to increase far more rapidly (the latest figures are not yet available).

The risk in all this is that political interference in business will exacerbate already low productivity in the Chinese economy. Private companies have long struggled to get bank financing, the bulk of which goes to state enterprises even though they only account for about 25 to 30 percent of production. Before 2007, about 70 percent of China’s GDP growth was due to increases in productivity, driven in part by the fast-growing private sector, as well as the movement of people out of agriculture and into industry. But today productivity gains have largely disappeared.

In China, “tensions have always been there between bottom-up, decentralizing reforms and the state trying to exert itself,” said Brandt in an interview. “Policy choices and the more visible hand of the state may be at the core of a productivity decline that is widespread.” Politics in command looks like bad news for China.

Dexter Tiff Roberts is a senior fellow in the Asia Security Initiative at the Atlantic Council’s Scowcroft Center for Strategy and Security. Previously, he was China bureau chief and Asia news editor at Bloomberg Businessweek, based in Beijing for more than two decades. This is the second in a series of posts on China made possible by a grant from the Charles Koch Institute.

How much support does the Chinese Communist Party really have?

The precarious balancing act that China’s leaders have struck—one that mixes strident nationalism and policies that push overheated economic growth with overwrought propaganda—will continue to present them with daunting challenges.

Here’s why China has gone on the offensive against Biden

The Chinese are more ready to push back against real and imagined slights, even as they escalate warnings and military activities around Taiwan. The question is how Biden will respond.

Can the US win the AI race with China?

The United States is late in joining an “existential” struggle with China for supremacy in artificial intelligence, but leaders from the White House, Congress, and the Pentagon are finally stepping up, say former US deputy secretary of defense Robert O. Work and Oracle CEO Safra Catz.

Image: A thermal imaging camera is seen in front of a logo of Ant Group at the headquarters of Ant Group, an affiliate of Alibaba, in Hangzhou, Zhejiang province, China, on October 29, 2020. Photo via Aly Song/Reuters.