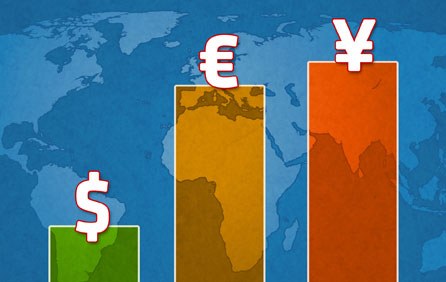 It’s good and bad that the issue of sovereign wealth funds has entered the U.S. presidential debate.

What’s positive is that the candidates have the chance to educate the American electorate during a moment of mounting economic gloom — and while people are paying attention — about the increased role that foreign capital plays in creating U.S. jobs and growth.

While they are at it, the candidates might also tell voters that without SWF investments of almost $70 billion in financial institutions over the past few weeks the banking crisis, stock- market retreat and risk of recession would be much worse.

Unfortunately, the bad side of SWFs entering the electoral debate is more likely: a further spread of ill-informed, protectionist populism that wins votes and boosts television ratings, but doesn’t wake up Americans to the greater danger that these funds might shun U.S. markets.

“The U.S. can benefit from these flows generally and in regard to financial institutions at the moment in particular,” says Robert M. Kimmitt, the deputy secretary of the Treasury. He says the benefit of SWFs is “they have been patient, long-term investors who are essentially placing a bet now even though the expected return will come in a number of years.”

For the uninitiated, SWFs, of which there are about 40, are giant pools of capital controlled by governments and invested in private markets. For all the attention they get, they are just one of four sovereign investment sources that include international currency reserves, state-owned enterprises and public-pension funds.

It’s their growth curve that has won global attention, and they are poised to quadruple in value from $3 trillion now to $12 trillion by 2015, equal to the capitalization of the Standard & Poor’s 500 Index. Morgan Stanley predicts the funds will have assets of $28 trillion by 2022, more than double the size of the U.S. economy today. That ensures their investment decisions will move markets and shape the financial system.

An important article by Treasury’s Kimmitt in the newest issue of Foreign Affairs lays out a policy approach that boils down to this: voluntary multilateral agreements that ensure the West resists protectionism while the SWFs get more transparent and don’t let politics drive their investments.

Such a reasonable approach won’t be easy in a political season.

In last week’s U.S. Democratic presidential debate, moderator Brian Williams of the NBC Nightly News put his question this way to Senator Hillary Clinton: “Citigroup and Merrill Lynch have both gone overseas, as some put it, hat in hand, looking for $20 billion in investment to stay afloat.” He noted the potential saviors included Saudi Prince Alwaleed bin Talal, whose money former New York Mayor Rudolph Giuliani turned down after Sept. 11. “Does this strike you as fundamentally wrong, that much foreign ownership of American flagship brands?” he asked.

In his follow-up question to John Edwards he noted that one of those bailing out U.S. banks was the Kuwaiti government, “afloat itself today, as you know, thanks to the blood, sweat and tears of American soldiers.” It was as if he were suggesting Kuwait, in return for U.S. intervention that rescued the country from Saddam Hussein in 1991, should invest somewhere other than America.

The three candidates explained that SWF growth resulted from high energy prices and Asian trade surpluses, but then dodged any helpful ideas for dealing with the results.

What they should have said was:

— Our economic problems will multiply without foreign investment and our continued openness toward it. International purchases of Treasuries not only help finance our national debt, but foreign-owned businesses employ some 5 percent of the U.S. workforce and account for almost 6 percent of output, 20 percent of U.S. exports, and 10 percent of all U.S. investment in plant and equipment. Beyond that, overseas companies pay wages 30 percent higher on average than their U.S. counterparts.

— SWFs are another sign of the dramatic structural shift sweeping the global economy that we can shape but not reverse. The U.S. share of world output will continue to decline, as will its portion of annual global growth. And that’s for the best as billions of people embrace capitalism and global markets. If we can keep attracting foreign capital and access global markets, we’ll continue to lead.

— We still must press for global policy responses to avoid abuse. Unilateral action won’t work, whether by us or our European friends. We should push for voluntary multilateral agreements that already are in the works.

For countries receiving foreign government-controlled investment, the Organization for Economic Cooperation and Development is working to codify best practices that would keep the West’s investment regimes open while treating all investors equally.

The International Monetary Fund, with help from the World Bank, is drafting a best practices regimen for SWFs that would increase transparency, accountability and public disclosure. “Even long-standing SWFs are aware that the increase in the number and size of these funds has, rightly or wrongly, raised reputational issues for them,” Kimmitt says.

It’s a simple deal, really: The West resists protectionist temptations and the new SWFs resist political ones. Executing it will be the hard part, and U.S. presidential politics probably won’t help.

Frederick Kempe is president and CEO of the Atlantic Council.  Originally published 22 January 2008 by  Bloomberg News. Reprinted with permission.