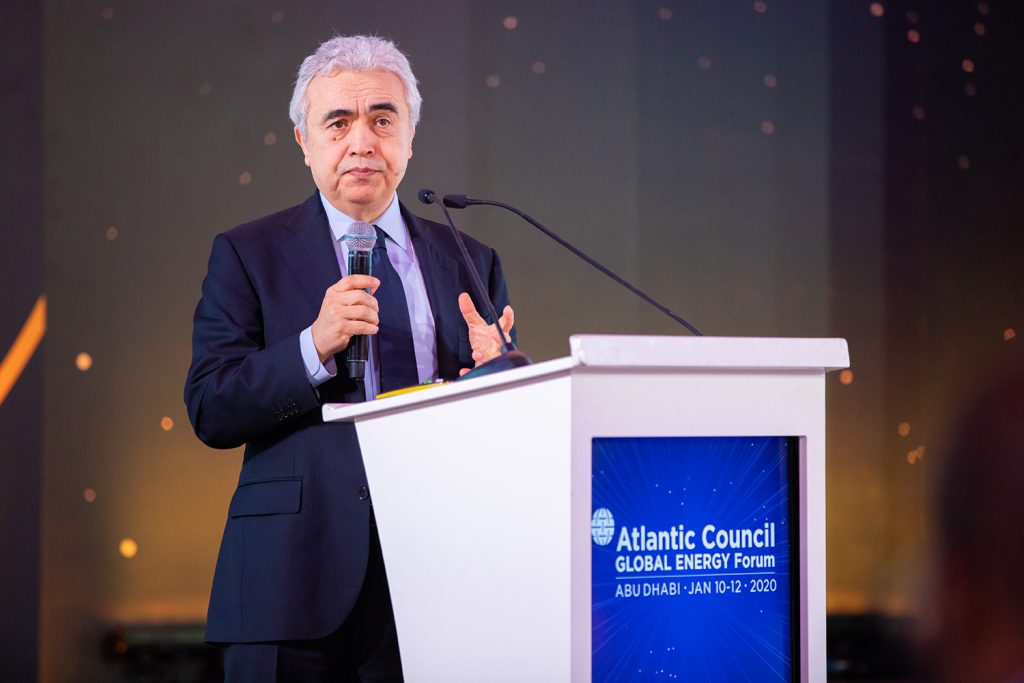 The coming decade will also see growing calls for action on climate change, with a chorus of governments pledging to meet ever-stricter targets on carbon emissions and renewable energy deployment.

But here, there is a considerable disparity between perception and reality, something the IEA is dedicated to exposing through data. On one hand is the growing chorus of international summits, government targets, and pledges, while on the other, global CO2 emissions last year reached a historical high.

Take the rapid growth of global coal consumption, the single biggest driver of carbon emissions, up 65 per cent since the turn of the millennium. This has been driven largely by Asia’s insatiable appetite for electricity, and now represents 80 per cent of all demand currently.

With the average age of new power plants at just eleven years old, few countries will be willing shutdown operations. “Who will shut it down because of [climate change] before the money is not paid back just to be a good global citizen,” Birol asked.

This is the dilemma. After all a ton of CO2, whether from Mumbai or Detroit, has the same effect on the atmosphere. The impact of reducing emissions is not equally felt, however.

Some, like General James L. Jones, Jr., the Atlantic Council’s Executive Chairman Emeritus, argued this is a moral question.

“The energy-have nations are morally obligated, it seems to me, to not only lead the global discourse but to share with the have-not nations the technologies to allow them to skip the pollution years in their development and to better provide for their people,” Jones said.

Climate, economic, and geopolitical pressures all present major challenges for policy makers who face increasingly hard choices which could have long-lasting implications. “As the world drifts towards a new bipolar framework,” Jones said, “bookended by the United States and a rising China, energy will play a pivotal role.”

“So the energy transition that we’re talking about and have been talking about over the last four years is driven in part by the quest to avoid these costs and will require massive investment, but if implemented correctly will bring about countless benefits and will become the driver of economic growth, innovation, and energy security for all,” said Atlantic Council president and CEO Frederick Kempe.

No discussion on tackling climate change is complete without some reference to the role of oil, particularly when viewed from the vantage point of the Middle East’s economy, built on its export.

Divestment from the oil sector, driven by climate change activism, would have disastrous effects on countries like Iraq, whose government is almost entirely reliant on oil export revenues, warned Majid Jafar, CEO of Crescent Petroleum.

“There is a concern that divestment from the industry will lead to critical resources not being developed. Or it could be we end up with only national oil companies and Asian companies investing as Western investors pull back,” he said.

This is part of the disconnect between perceptions in the developed and developing world.

“Over the next two decades we will see growth of at least 25 to 30 per cent in energy demand.  This is a rate of increase that no single source can satisfy and presents the key challenge of how to produce more energy with fewer emissions,” said Dr. Sultan al-Jaber, a UAE Minister of State and CEO of Abu Dhabi National Oil Company (ADNOC).

“At the same time, we will continue to responsibly grow our hydrocarbon resources to ensure reliable flows of energy to global markets,” he said. ADNOC is currently building its oil production capacity to 4 million barrels a day (b/d) by the end of 2020, according to al-Jaber.

In the nearer term, the United Arab Emirates, along with its Organization of the Petroleum Exporting Countries (OPEC) allies and non-OPEC counterparts began a three-month on output cut on January 1, slashing production by 1.7 million barrels a day aimed at warding off a new potential supply glut.

UAE Minister of Energy and Industry Suhail Al Mazrouei said he was confident that the deal would maintain a balanced market in the interests of securing much needed investment in upstream production.

“We have managed to maintain—as OPEC and non-OPEC—the Declaration of Cooperation, to maintain it and to move it to the next year with a commitment from all countries.” said al-Mazrouei.

“We have managed, as well, to keep the inventories around the five years average for the longest period, I would say, compared to the volatilities that we used to have,” he added.

Abu Dhabi is also pushing its renewables sector. The UAE will see the fruit of ten years of work with the International Atomic Energy Agency as it starts generation at the new Baraqa nuclear power plant this year, the first in the Middle East.

The UAE has made considerable strides in diversifying its own energy mix, through global investments in renewable projects producing nearly twelve gigawatts. “The project will change the power growth, reducing emissions while conserving our valuable natural resources,” said Mohamed al-Hammadi, CEO of Emirates Nuclear Energy Corporation.

“This energy transition is happening across the world, at different levels, and vantage points in all countries”, according to Michael Sen, the CEO of Siemens Energy, which is helping build conceptual roadmaps of more efficient, low emissions nationwide electrification to meet demand.

Bangladesh is another nation set to launch a new civil nuclear program to fuel the government’s ambition to make it a $1 trillion economy by 2030.

“We are diversifying our energy mix. We have two new FSRUs [floating storage and regasification units], and are moving to gas-based power plants. We will also have our first nuclear power plant in a couple of years,” explained Dr. Tawfiq-e Elahi Chowdhury, Energy adviser to the Honorable Prime Minister, People’s Republic of Bangladesh.

Adal Mirza is a UAE-based journalist and writer.

The Middle East and North Africa (MENA) region is projected to experience significant demographic growth by 2050, growth which will have to be met with commensurate economic expansion and job opportunities, or the region will risk an increase in political instability. To meet this challenge, countries in the region must diversify their economies beyond the energy sector and expand their energy sector beyond hydrocarbons. What are the key trends that MENA countries will have to contend with, what is already being done, and what further steps should be taken?