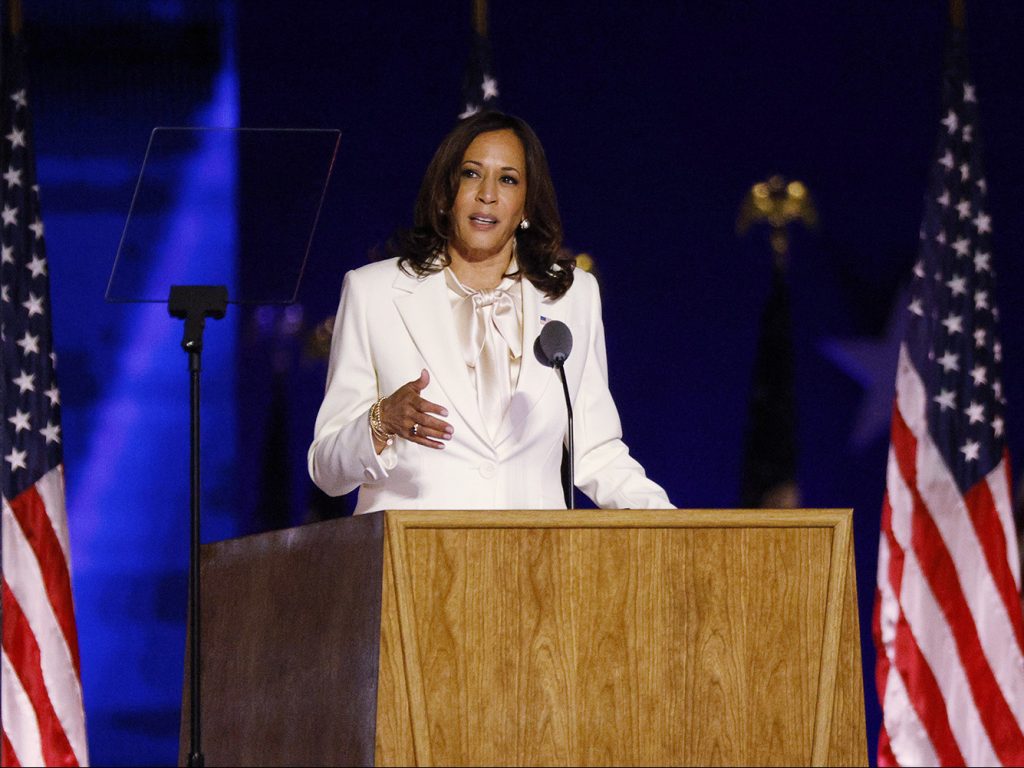 When Indian Prime Minister Narendra Modi congratulated US Vice-President elect Kamala Harris, he noted that her victory “is a matter of immense pride not just for your chittis, but also for all Indian Americans.” Prime Minister Andrew Holness of Jamaica said that Jamaicans “are proud that [Harris] bears Jamaican heritage,” while Prime Minister Mia Mottley of Barbados added that “we, in the Caribbean, will look forward with optimism to working with the new administration.” The special congratulations were not limited to Harris, as Irish Taoiseach Micheál Martin told President-Elect Joe Biden, whose family is of Irish background, that the Irish leader will “look forward to welcoming [Biden] back home when circumstances allow.”

While these compliments are part of the normal diplomatic protocol to greet newly elected US leaders, they also express particular pride and special connections in these countries, and a unique consciousness that the new US president and vice president-elect each simultaneously belong to other places in our world beyond the United States. Just as Kenyans were thrilled by former President Barack Obama’s roots to that country, Indians, Jamaicans, and Irish are basking in the potential for special relationships with these new leaders. In the case of Harris, this extends also to all South Asians, all of the Caribbean, and then to the many African Americans and women who are celebrating what Kamala Harris’s diverse life experiences means for them.

We often put special emphasis on our leaders’ cultural backgrounds and personal stories so we can applaud them for their individual triumphs. But do cultural roots and ethnic heritage honestly create affinities that could inform US foreign policy? They can, but they don’t always. To assume that any politician’s cultural heritage necessarily plays a significant role in how they approach the duties with which they are charged is a trap that can often lead to false expectations and disillusionment. Personalizing politics through these lenses is problematic, and Caribbean leaders should focus more on the two new leaders’ records than on their personal backgrounds.

If Harris is tapped to deal with any of the complex foreign policy issues the United States faces in the Caribbean, her first task will be to prove, as she said during the Democratic Presidential Primary Debate in November 2019, that on the global stage Americans “keep to our word, [are] consistent…speak the truth, and [are] loyal.”

The English-speaking Caribbean has always been strategically important to the United States, from the US Revolution through to the Second World War, when Caribbean military bases facilitated delivery of critical oil, natural gas, and bauxite. Today, the Caribbean Community (CARICOM) countries will expect Harris to recognize that many in the region have grown frustrated that the United States often views relations with them through the prism of other geopolitical rivalries with China, Iran, Russia, and Venezuela, obscuring the many specific needs of the Caribbean.

One area where Caribbean countries can reliably count on Harris’s leadership is climate change. After representing California as senator, she viscerally understands the real-world effects of climate change that have ravaged her state through wildfires and that have created much suffering in the Caribbean through massive hurricanes and sea-level rise. Biden has promised that the United States will rejoin the Paris Climate Accord and embrace the multilateralism that puts a premium on coordinated approaches. Caribbean leaders will strongly advocate for Biden and Harris to include meteorological tracking, coastal management, fisheries protection, and reforestation as part of both overarching climate policies and integrate these into future assistance programs.

Harris’s expertise as a prosecutor and her time on the Senate Intelligence Committee also gives her a comprehensive understanding of a major security threat in the region: the illicit flows of drugs, arms, and narcotics. Both Biden and Harris strongly believe that close international partnerships and alliances can help strengthen the United States’ own security, on topics ranging from cyberterrorism to migration. The new administration could provide more support and direction to the numerous regional institutions tackling these issues and thereby reduce duplication and build greater coordination.

One of the top items on the agenda in the Caribbean is debt relief, as the region continues to reel from the economic damage of the global COVID-19 pandemic. Although many Caribbean countries fall into the high- and middle-income categories due to their gross domestic product per capita, Caribbean leaders and their allies are seeking a special economic vulnerability categorization from international financial institutions to account for the outsized impact many global challenges have on small island states, whether from the pandemic, climate change, or food insecurity caused by long global supply chains. While the debt issue is unlikely to be a part of Harris’s portfolio, regional leaders are likely to find the new administration more supportive of their requests for assistance on this issue.

Caribbean leaders should be most heartened by Harris’ extensive legislative and prosecutorial experience and her proven ability to navigate complex politics. This does not mean that Harris’s personal story and Indian/Jamaican heritage won’t have power in their own right. Harris could use her background to harness the political power of the diasporas of both the Caribbean and Indian communities in the United States and in countries of the broader Atlantic alliance. By gathering these two democratic diasporas and identifying influential Caribbean-American and Indo-American voices, Harris could help create a unified lobby for integrated foreign policy solutions both in the region and among multilateral institutions, businesses, and civil society. Indeed, her multi-cultural heritage could also be used as a powerful symbol to diffuse some of the Afro-Indian ethnic tensions that have emerged in Trinidad & Tobago and Guyana.

Optimizing economic opportunity in our hemisphere remains the best bulwark against insecurity, illicit activities, and violence. The United States’ renewed interest in promoting commercial investment and opportunities are positive signs that real progress can be made in this vital region.

Given its proximity to the United States, an economically vibrant and healthy Latin America is in the interest of the next US administration. Now, more than ever, it is important for the United States to lean in on Latin America as a strategic partner and continue growing its existing economic, social, and political ties for mutual benefit.