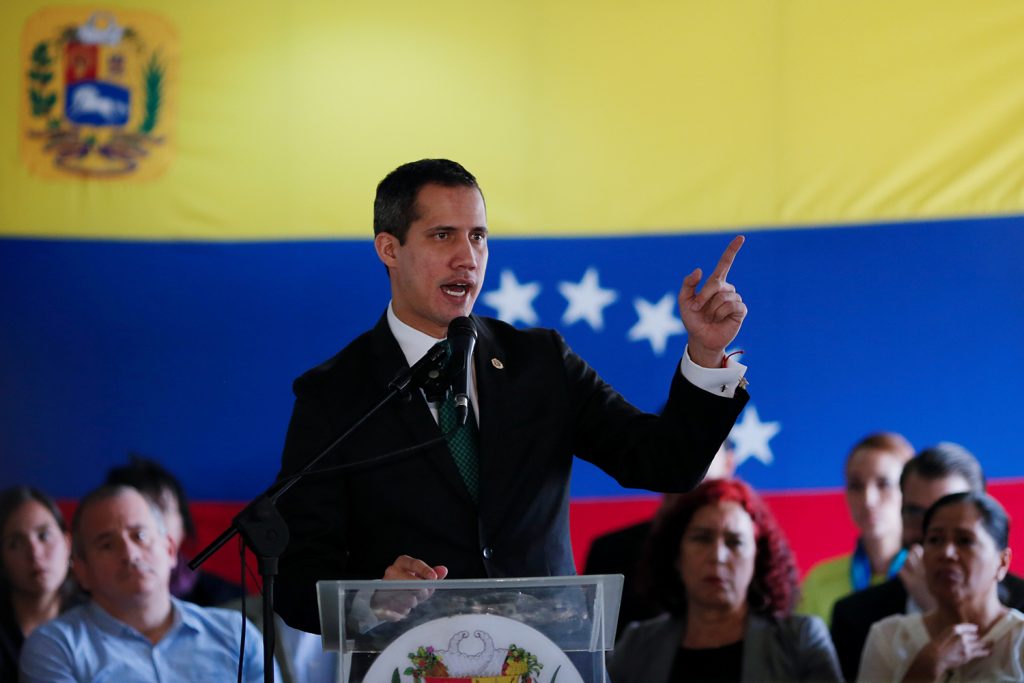 The global novel coronavirus (COVID-19) pandemic threatens to worsen one of the world’s most dire humanitarian disasters in Venezuela. Although the number of confirmed cases in the country remains low for now, Interim President Juan Guaidó warned on April 23 that Venezuela’s deteriorated healthcare system is vastly unprepared to handle a spike in cases and, doubled with a food emergency that is bordering on a famine, the humanitarian situation in the country could quickly spill out of control.

Although the regime of Nicolás Maduro has reported less than three hundred cases of coronavirus so far and only ten deaths, Guaidó clarified “these are not actual [figures] because of the dictatorship,” which has an extensive track record of manipulating official statistics. “There is not enough information” about the actual coronavirus situation in the country, he said, as the Maduro regime has attempted to keep information controlled. Guaidó reported that “seventeen physicians and journalists were imprisoned because of communicating the situation in our country.”

Guaidó’s interim government is wholly occupied right now with the impending crisis, he said, and is focused on providing any support possible for the country’s feeble healthcare system. “We have more than 27 million people and we only have three hundred ventilators,” he explained, adding that “this shows how collapsed our healthcare system is.” He noted that “nurses have a wage of only two to three dollars per month,” and reported that opposition lawmakers have passed a measure to provide $100 bonuses to doctors and nurses as part of a wider emergency stimulus package.

He is also concerned about the effectiveness of quarantine measures when widespread shortages of supplies and deep poverty mean that many citizens cannot just sit at home and wait the virus out. “It is not only coronavirus,” threatening the country, he explained, “it is a famine as well. There is no food.” He reported that there have been incidents of violence in various states in the country as “people were fighting over food.”

The only way for Venezuela to cope with the current crisis and the potential for a serious outbreak is foreign aid, Guaidó maintained. “We need financial support from the international community to address the health emergency and the famine, as well as water and energy supplies so we can stabilize the situation inside the country.” While the interim president acknowledged critical aid that has already been sent by the United States and the European Union, he stressed that most of this aid continues to be blocked by the Maduro regime, which refuses to accept any international help to relieve the suffering of the Venezuelan people. “We are intensely fighting with Maduro agencies to get the aid that has been given,” Guaidó said, but the regime has been able to block most of the support.

The desperate need for aid motivated Guaidó to call for a new emergency government for the country on March 29, which would include both members of the opposition and representatives from Maduro’s Socialist government. “In order to address [the crisis] and provide solutions we will rely on international funding, but no one is going to lend to a country in a dictatorship,” the interim president explained, necessitating a new government that can breakthrough the political impasse and work with international donors to bring aid into the country. He said the emergency government would be tasked with “addressing the complex humanitarian emergency” and eventually “moving towards a free election.”

Guaidó’s call for a new emergency government was followed by a new US proposal to form an interim government between the opposition and the Socialist Party—but without the participation of Guaidó or Maduro. US Secretary of State Mike Pompeo said on March 31 that the formation of an interim government would trigger a staggered lift of US sanctions on the country. Guaidó said that the US proposal was “not a unilateral proposal,” but born from “the mediation that we conducted [with the Socialist Party] six months ago and [that] Maduro rejected.” Guaidó said he was confident that Maduro would continue to reject any proposal to relinquish power and the interim president denied that there were any active negotiations between the interim government and the regime.

The dire situation calls for more international diplomacy and pressure for a political solution, Guaidó argued. “We need assistance,” he maintained, warning that a deterioration of the situation in Venezuela could have serious regional ramifications, as “the virus will not just stay in Venezuela.” There is one clear fact about the current crisis, Guaidó contended: “We will not be able to solve this emergency with Nicolás Maduro at the top of the country.”