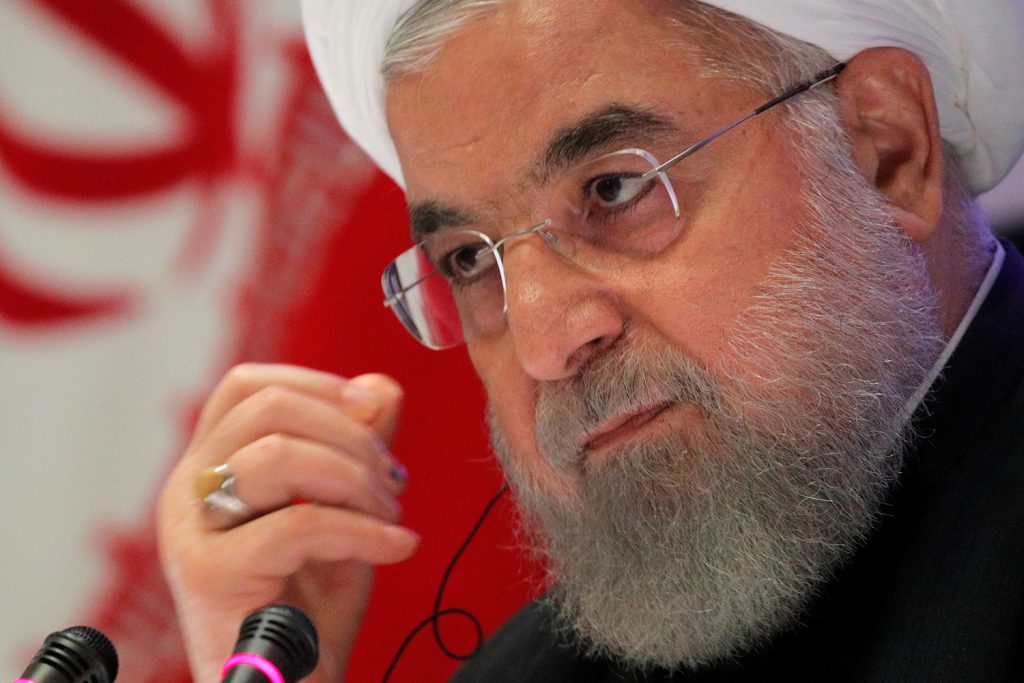 The US administration is proving unmoved by arguments that the severity of the coronavirus in Iran merits a lifting of sanctions. This is for two reasons. Washington believes that the regime in Tehran is leveraging the virus for its own power consolidation, and there is no US political disincentive, domestically or internationally, for keeping sanctions pressure on.

The United States acknowledged the need for a greater flow of medical and other humanitarian supplies into Iran in February, when it approved a limited sanctions waiver in the form of the Swiss Humanitarian Trade Arrangement. But while Washington grants that the population in Iran has been hit hard by the virus, with nearly 100,000 cases across the country, US decisionmakers also believe that the dictatorial theocracy in Tehran is exploiting the virus at home while manipulating international sympathies abroad, and for this reason does not deserve further virus-based sanctions relief.

In the view of the US administration, the Iranian regime has pressed the virus into the service of its primary strategic objective, regime survival. Global pandemic messaging about social distancing and lockdowns allows the regime to prohibit protests, erasing the most visible indicator of popular anger with the regime, and alleviating international pressure on the regime to address protestors’ grievances.

Tehran further exploits the virus, in Washington’s view, by cultivating international sympathy for the health crisis using a victim narrative, a regime trope, while playing the aggressor in Iraq and the Gulf. The White House contends that the $5 billion in international financial relief Iran seeks from the International Monetary Fund (IMF) for COVID-19 responses will instead be funneled to proxies seeking to violently enforce their will in Iraq, Syria, Lebanon, and Yemen.  Were medical urgency truly the driver, argues the White House, the regime would dip more significantly into its sufficiently padded and easily accessible sovereign wealth funds.

Unflinching in the face of Iran’s crocodile tears, Washington stands by its proposition to Tehran. Come to the table to discuss the ballistic missile, proxy, and nuclear programs that you can’t afford anyway; get sanctions relief. To the international community members who argue for granting financial assistance to Iran, Washington counters that they should instead hold Iran accountable for choosing these programs over much-needed social services. While responsible governments the world over are urgently reallocating funding to address the pandemic, shouldn’t Iran do the same?

Aside from Washington’s suspicions about Iran’s strategy and intent, the administration has the luxury of brushing off condemnation of its sanctions policy in the time of the virus. There is no domestic or international political disincentive for staying the course.

Sanctions on Iran, whether they are effective or whether they are humane, will not be of concern to voters in November’s presidential election. Should escalation between the United States and Iran continue in Iraq or Gulf waters and lead to armed conflict requiring troop deployments before the election, Americans will pay closer attention to Iran. However, US political and military leaders will inevitably cite kinetic provocations by Iran as the reason for military action, and a link to sanctions will not be made in the minds of many voters.

Iran watchers in Europe continue to seek pragmatic methods for expanding the US administration’s scope of leeway for humanitarian trade with Iran, perhaps mimicking the Swiss BCP bank arrangement or instituting additional monitoring requirements to enable more than just token funds to pass through INSTEX (Instrument in Support of Trade Exchanges).

The ideas are politely welcomed and reviewed in Washington. But the hard truth is that Europe has no leverage with Washington on this front. For an illustration of this, look to the April 5 statement by two dozen respected former US and current European national security leaders urging sanctions relief. It was entirely unheeded. In fact, this statement was effectively countered by an April 22 open letter to the US president signed by nearly twice as many former US officials advocating for sanctions continuance. There is simply no consequence for the US administration ignoring Europe’s lobbying on the behalf of Iran.

Meanwhile, partners in the Gulf like Saudi Arabia, the UAE, and Bahrain urge Washington to stay vigilant and maintain maximum pressure. In a time of hurt feelings between the United States and Saudi Arabia on the back end of the April 9 Organization of the Petroleum Exporting Countries Plus (OPEC+) meeting, defense of sanctions on Iran is a tie that binds.

While Russia pays lip service to Iran’s position on sanctions, there are benefits to Moscow in the limits sanctions place on Tehran on the world stage. The largesse with which Iran showers the Assad regime in Damascus is the anchor of its influence there. The greater the economic strain Iran is under, the less able it will likely be to continue its generosity, and the more room Russia will see to expand its own influence. In addition, global financial ostracization of Iran makes them a captive audience for the few countries willing to flout sanctions and do business with them. Russia’s friendship during sanctions could be paid off in the form of a lucrative arms sale following the end of the UN arms embargo on Iran this October. Russia, when not engaged in an oil price limbo contest with Saudi Arabia, also enjoys the impact on the price of its oil from Iran’s absence from the market.

China has filled its storage facilities with Iranian oil bought like futures for pennies on the dollar, directly benefiting from US sanctions. And while it intends to maintain a congenial relationship with Iran, China also conducts an ongoing courtship with Iran’s adversaries in the Gulf and is therefore not likely to use its weight to pressure the United States to lift sanctions.

In February of this year Iran was blacklisted by the Financial Action Task Force (FATF), the intergovernmental body that monitors and combats money laundering and terrorism financing.  This occurred because the Expediency Council, which is appointed by the Supreme Leader, did not support Iran’s membership. Iranian President Hassan Rouhani did advocate for Iran to sign on to the FATF but was overruled by the clerics, who do not want to comply with international norms to limit money laundering and counter the financing of terrorism.

This blacklisting means that even if the United States lifts sanctions and the IMF releases the requested $5 billion through Rapid Financing Instruments, Iranian banks cannot receive the money. In refusing to join, Supreme Leader Ali Khamenei protected the Islamic Revolutionary Guard Corp’s (IRGC) illicit commercial ventures but made it nearly impossible for legitimate businesses in Iran to operate in the global market.

This blacklisting reinforces the US administration’s belief that any sanctions relief or IMF assistance granted to Iran for the purpose of COVID-19 response would be channeled to proxy, nuclear, and/or missiles programs. The thirty-seven full member states of the FATF, witnesses to the blacklist data, will not be able to convince the United States otherwise. It is not simply a dearth of credible arguments that prevents Washington from lifting sanctions on Iran, it is also a dearth of credible messengers.

Even a coronavirus pandemic can’t save religion in Iran

41 years after the Islamic Revolution, the public’s confidence in the religious establishment, which is perceived by many Iranians as responsible for their hardships, has eroded.

On top of strong disagreements with President Donald Trump’s decision to pull Washington out of the 2015 nuclear deal and re-impose stifling sanctions on the Islamic Republic in May 2018, America’s longstanding partners in Europe also oppose the Trump administration ramping up “maximum pressure” on Tehran amid the global coronavirus pandemic.

Iran’s Supreme Leader has cemented no talks and no relations with the United States as the grand strategy guiding Tehran’s foreign policy. He offers some arguments behind this strategic thinking and they are all flawed.