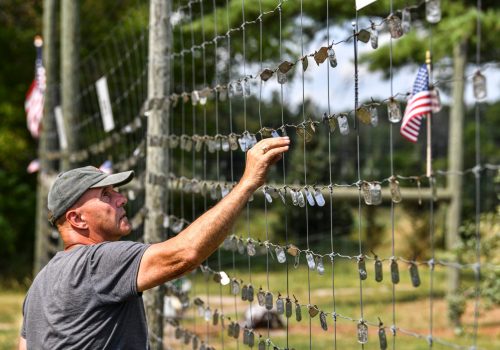 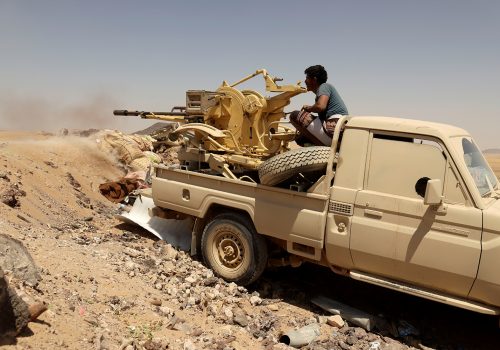 Adding an Ishmael Track to the Abraham Accords: How to pursue détente between Iran, Saudi Arabia, and the UAE

Most Middle East observers thought that they would never see normalization between Arabs and Israelis in their lifetimes. Now that we have seen this step taken—this chasm jumped—there is no reason not to envision Arab-Iranian normalization if the regimes prioritize long-term national interests like their economies, their self-sufficiency, and the future well-being of their publics. This roadmap is theirs for the taking. 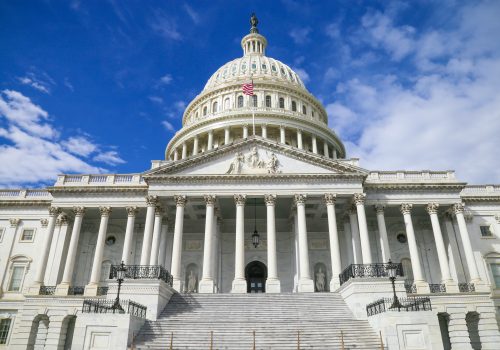 Kirsten Fontenrose is a nonresident senior fellow with the Atlantic Council’s Scowcroft Middle East Security Initiative in the Atlantic Council’s Middle East Programs. Until December 2021, she served as the director of the initiative. Focused on the issues that keep policymakers up at night, her team engages technical experts and decision-makers globally to develop bipartisan approaches to burning and long-term obstacles to regional security.

Kirsten spent 2018 as Senior Director for the Gulf at the National Security Council, leading the development of U.S. policy toward nations of the GCC, Yemen, Egypt, and Jordan. Prior to this service at the White House,  Kirsten spent a year in the private sector consulting on specialized projects in the national security space. Her interagency experience includes five years at the Department of State leading the Middle East and Africa team in the interagency Global Engagement Center. Prior to this Kirsten worked with a field team studying foreign populations for US Department of Defense Theater Special Operations Commands.

For seven years ending in 2006 Kirsten was responsible for building relationships with military officers and diplomats from the Middle East and South Asia for the Near East Center for Strategic Studies at the National Defense University, after spending a year establishing this Center for the Office of the Secretary of Defense. Her career began in the non-profit sector at the National Council on US-Relations, and in the private sector working on US-Arab business projects.

She holds a BA in Middle East Studies from the College of William and Mary, an MA in Middle East Studies from Indiana University, funded by a US government grant, and an MBA from Harvard Business School’s General Management Program.  She has appeared on CNN, Fox News, CNBC, Al Arabiya, BBC, Al Jazeera and other international news media outlets. She is quoted in the New York Times, the Wall Street Journal and has published articles in the Washington Post, the National (UAE), Defense One, the National Interest and other international news publications.