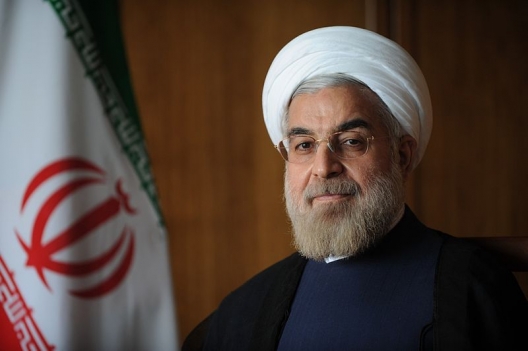 More than two years after President Barack Obama said it was time for Syria’s president to go, Bashar al-Assad is still in power in Damascus. But new evidence from the United Nations pointing to his regime’s large-scale use of chemical weapons makes it more plausible that Assad could leave office as part of an international peace plan.

In the aftermath of last weekend’s Russian-American deal to remove and destroy Assad’s large chemical weapons arsenal, members of the Syrian opposition and their supporters have complained bitterly that the agreement insures that Assad stays in power to insure implementation of the plan through the middle of 2014. However, the new international opprobrium attached to the Syrian leader because of the gassing of hundreds of civilians outside Damascus August 21 is undercutting his support among even his most ardent allies, especially Iran, itself the victim of Iraqi poison gas attacks during the 1980-88 Iran-Iraq war.

Long before the latest revelations, Iranian officials have signaled their willingness to see a new face in charge in Damascus – so long as Iranian interests are protected by an Assad successor.

Asked a year ago why Iran was supporting a regime that at the time had killed about 20,000 people, Ali Larijani, the speaker of the parliament said,  “Who are you to say [that Assad should go]? Leave it to the votes of the people.”

Signal of Iranian shift on Syria?

A year later, after the deaths of more than 100,000 Syrians including more than a thousand killed by poison gas,  Iranian President Hassan Rouhani on September 16 told  commanders of Iran’s Revolutionary Guard corps – which has been assisting Assad in battling the rebels – that Iran would accept the results of promised 2014 presidential elections in Syria.

“Whoever Syrian citizens vote for to rule their country, we’ll agree with it,” Rouhani said, according to the Iranian state news agency.

There are certainly many questions about whether and how Syria could hold an election in the middle of a civil war. But in discussions with the Russians and the United Nations, among others, over the past year, U.S. officials have spoken of the need for Assad to be replaced initially by a national unity government led by someone not personally involved in crimes against the Syrian people.

“Our position has not changed, that there’s no place in a future Syria for President Assad. He’s brutalized his people. More than 100,000 men, women, and children have died while he’s been president of the country. There is, of course, a goal we have in place, to put in place a transitional governing body.”

Psaki went on to say that Secretary of State John Kerry, Russian Foreign Minister Sergei Lavrov and UN special representative for Syria Lakhdar Brahimi have been working out the parameters for a Geneva peace conference to create such a transitional government.

“If a transitional governing body is put in place, they would be implementing this,” Psaki said, referring to the chemical weapons disarmament agreement.

One way to facilitate a transition would be for Assad – who has run unopposed for president twice since his father, Hafez, died in 2000 – to announce that he will not seek another seven-year term as president.

Names such as that of Syria’s Sunni vice president, Farouk as-Sharaa have been floated as possible replacements. At a security conference in Washington last week held under ground rules that forbid attributing quotations to individuals, one expert said he was told by a Rouhani adviser that what was needed was a Syrian “Karzai” – a reference to Afghan President Hamid Karzai, who was picked by multilateral negotiators to lead Afghanistan in late 2001.

Another expert suggested quiet talks among Saudis, Iranians and Americans over how to choreograph a transition from Assad. Such talks would recall the meetings in Bonn in 2001 when then Iranian deputy foreign minister (now foreign minister) Mohammad Javad Zarif worked closely with U.S. diplomat James Dobbins on Afghanistan’s post-Taliban transition.

Iran has been preparing for Assad’s removal for a long time, grooming Shiite and Alawite militias that would protect Iran’s equities in Syria, especially its relationship with the Lebanese militant group, Hezbollah. While Syria is important for Iran’s regional security posture, there is scant Iranian public support for the alliance and even less attachment to Assad personally.

Indifference has turned to anger, as Iranians have watched their limited hard currency earnings sent to prop up the Assad regime, and to hatred following the use of chemical weapons. Most Iranians know someone who was killed or injured by poison gas during the Iran-Iraq war. “They can take your life away from you when you’re living,” was how one war veteran described the ordeal recently to the Washington Post.

While the Iranian government has not publicly accepted US allegations that Assad was responsible for the August 21 attacks outside Damascus, the publication of the UN report on Monday – which showed that the trajectory of rockets used to carry sarin gas indicated that they came from the regime stronghold of Mount Qasioun — has influenced Iran’s political elite, according to a well-placed Tehran analyst.
If Iran were to be included in the negotiations over an Assad replacement, it would also signify US acceptance of Iran’s important role in regional security, something that could facilitate nuclear talks with Iran as well.

A missing piece up until now has been a coherent Syrian opposition that could take part in negotiations about a post-Assad Syria. So far, the opposition has refused to sit down with representatives of the Assad government, but that could change if there were assurances that Assad would step down.

Psaki noted Tuesday that the Syrian Opposition Coalition (SOC) – the body recognized by the United States and its allies as representing non-extremist opponents of Assad – had elected a provisional prime minister, Ahmad Tumeh, who will try to set up a government in northern Syrian territory under opposition control. The SOC, Psaki said, is also “working to develop a comprehensive transition plan that includes preservation of state institutions and guarantees for all citizens following the end of the Assad regime.”

Since no one wants to have to take responsibility for rebuilding Syria, that means that US, Iranian and Russian goals converge in a desire to preserve as much of the Syrian state as possible if/when Assad goes.