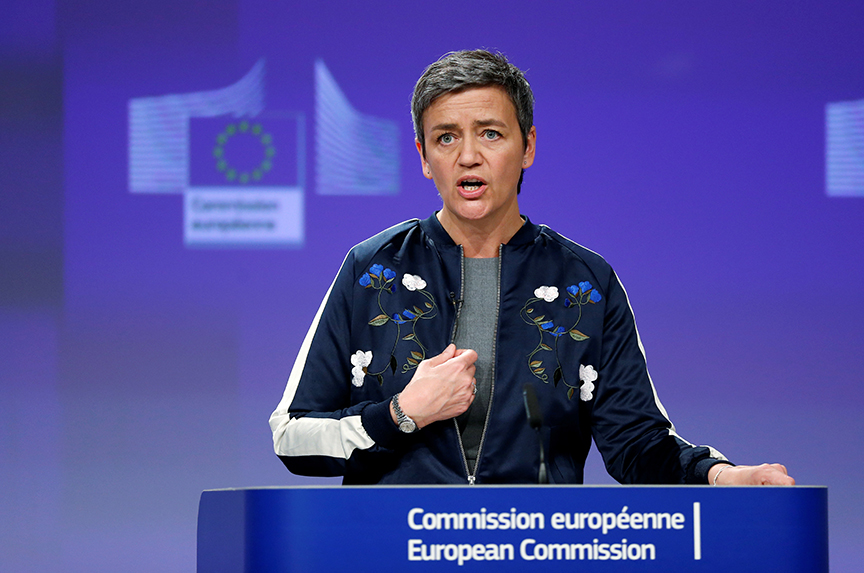 Despite the tentative March 13 agreement between the European Commission and Gazprom on the liberalization of gas markets in Central and Eastern Europe, it is still premature to declare an end to the Russian energy giant’s dominance in the region. In its statement of promises, Gazprom pledges to remove destination clauses in its long-term contracts barring the re-exporting of excess gas imports, to renegotiate pricing to reflect spot hubs in Western Europe, and to drop its refusal to allow virtual gas transfers along the Gazprom-dominated transit pipelines. However, Gazprom’s behavior would depend on the political will of its clients to directly challenge it amid its allegedly receding market power in Europe amid greater competition, liquidity, and supply sources.

In anticipation of future competition, changing market dynamics in Europe, the limited success of Gazprom’s pivoting to China, and the phasing out of long-term contracts, Gazprom has followed through with a strategy of doubling down on Europe and securing its future market share by launching Nord Stream II and Turkish Stream. In doing so, the Russian gas giant is enacting a “pincer” strategy aimed at eliminating the need for the gas to transit through Ukraine. This would remove the transit risk based on political quarrels between Russia and Ukraine. What’s wrong with that you might ask? Well, there is more to Gazprom’s strategy than meets the eye.

Through Nord Stream II, Gazprom aims to consolidate its market share in Europe when faced with competition from LNG and a shrinking EU demand driven by improvements in energy efficiency and the advance of renewables. Gazprom will try to lock in its clients in Germany, Italy, France, and Central Europe in another ten-year contract where prices might no longer be oil-indexed, but the volumes sold potentially higher; a neat way of compensating a loss in revenue.

Expanding to Turkey actually makes commercial sense, at least when just one string of Turkish Stream is built. But this begs the question why Gazprom did not do so earlier instead of pushing the hopelessly uncommercial South Stream project for years on end. Despite Russian President Vladimir Putin’s rhetoric that Brussels was to blame, Moscow knew very well that South Stream would never pass the EU regulatory test. Then why push on? One explanation could be that Gazprom never intended to build South Stream and its primary objective instead was to dissuade governments in Southeast Europe from backing the Southern Gas corridor. In this aim, Gazprom has been successful. Most storage, LNG, and interconnection projects in the region have stalled, while the market remains almost fully closed as just 5 percent of the gas in the region is traded on spot-basis. Once it became clear that the EU would not allow South Stream, Gazprom simply pivoted back to Turkey.

It is worth noting that both Nord Stream and Turkish Stream complete a larger internal pipeline infrastructure plan that has already diverted lucrative Engineering, Procurement and Construction (EPC) deals worth billions of US dollars to well-connected oligarchs close to the Kremlin. The throughput capacity of the Southern Corridor in Russia from the Pochinki Compressor Station (CS) to Russkaya CS on the Black Sea would be 63 bcm/yr when completed in 2017 and would cost between $4 billion and $17 billion. The overall investment in the Russian domestic gas pipeline system to enable Nord Stream and Turkish Stream is estimated at $70 billion. These costs could not be justified unless Gazprom completes gas connections to Europe.

Finally, Gazprom is pursuing Nord Stream II and Turkish Stream as they would strengthen Gazprom’s grip on its key market. Russia’s ambition to export gas to China seems to be a pipe dream for the moment. Although having signed a largely political agreement, Beijing has not committed to any concrete terms as it pressures Russia on accepting a much lower-than-requested export price. The Chinese understood perfectly at the time that Moscow needed them much more than vice-versa. After all, China has plenty of alternatives. By 2020, it wants to buy 65 bcm/yr from Turkmenistan and LNG exporters have been arm-wrestling each other for a slice of the Chinese market for years.

Despite the fact that 92 percent of all gas prices in Western and Northwestern Europe today are determined on spot-based hubs and that this share is approximately 50 percent in Central Europe, these changes in European gas markets are yet to structurally shift Russia’s gas policy in Europe. That said, Gazprom has realized that it can no longer cling to old pricing and contractual terms. To survive, it needs to adapt to EU regulations and the demands of a buyer’s market. In this context, Nord Stream II and Turkish Stream should thus be seen as the last convulsions of a centralized, supply-driven energy policy to capture market share. It is also a preparation for a brutal fight for a shrinking number of consumers that now have more options in the form of new suppliers entering the market.

The European Commission’s efforts to integrate the EU internal market and diversify the gas supply away from a single supplier along the Central European model have started to pay off. Yet, risks lie ahead and it would be naive to think that Gazprom would not try to prevent liberalization. Gazprom’s attempts to price out potential, future suppliers show a nervous giant that can be used by the EU to step up its efforts in pushing through market integration projects. Pursuing this latter strategy in combination with the opening of markets would increase the bargaining power of Central and Eastern European countries vis-à-vis Russia, would bring down prices—and most importantly—would limit Russia’s ability to use its dominant position on gas markets to meddle in the domestic policies of EU countries.

Martin Vladimirov is an analyst at the Center for the Study of Democracy in Sofia, Bulgaria, specialized in European energy security and Russian foreign policy. He is the co-author of “The Kremlin Playbook: Understanding Russian Influence in Central and Eastern Europe.” You can follow him on Twitter @AndreiAndreev14.

Sijbren de Jong is an analyst with The Hague Centre for Strategic Studies in The Hague, the Netherlands, a lecturer in geo-economics at Leiden University, and the author of the monthly “Crude World” column at EUObserver in Brussels. He specializes in EU energy security and Europe’s relations with ex-Soviet states. You can follow him on Twitter @Sijbren_deJong.

Image: “We believe that Gazprom's commitments will enable the free flow of gas in Central and Eastern Europe at competitive prices. They address our competition concerns and provide a forward-looking solution in line with EU rules. In fact, they help to better integrate gas markets in the region,” European Competition Commissioner Margrethe Vestager said in Brussels on March 13. The Russian energy giant, Gazprom, reached a provisional agreement to resolve a longstanding dispute with European antitrust regulators. (Reuters/Francois Lenoir)