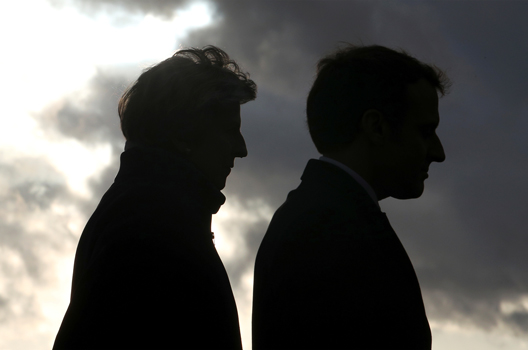 Washington has recently revived concerns about the ultimate purpose of the European Union (EU)’s nascent defense plans, avowing these could undermine NATO and transatlantic solidarity if US officials don’t keep a “close eye” on them.

This is bombast. Officially, such concern may appear to rest on political, strategic, or military imperatives about NATO’s cohesion, but the real reason can only be one of two things:  either dawning economic worry or ignorance about what is really at play—and possible—in Brussels on the opposite side of town from NATO.

At issue is the EU’s forthcoming two funds, or “windows,” for supporting defense research and defense capability development. The European Commission plans to set aside €500 million per year starting in 2021 for defense research, and around €5 billion to support cap window projects. The cap fund is formally known as the European Defence Industrial Development Programme (EDIDP).

While those are startling numbers in EU budgetary terms, they are peanuts compared to what national governments in Europe collectively spend on defense—and sub-molecular compared to what the United States showers on the sector.

The hot point for Washington, however, is the cap window’s planned link to the EU’s so-called Permanent Structured Cooperation (PESCO) initiative, launched in December of 2017. PESCO is designed to promote closer defense cooperation among the EU’s remaining twenty-seven member states after the United Kingdom quits the Union in early 2019, and to place the EU’s long-neglected defense and security policy, and its industry, on a sturdier footing.

To enjoy the EDIDP’s 20 percent co-fund match with national finance, any cap project will have to involve at least two and—if the European Parliament gets its way on the matter—probably three EU countries, plus a minimum of three undertakings (companies or research institutes) from the countries.

There are other sweeteners too. If the countries place their project within PESCO, they will get an automatic additional 10 percent co-funding from the EU, and yet another 10 percent if the project’s industrial benefits include small players. This is intended to spread the largesse beyond Germany and France, the EU’s two defense juggernauts after Brexit.

One of the big auxiliary questions hovering over the EDIDP is: would non-EU third countries be able to join its projects? The answer is yes—but with provisos, which should be nailed down by mid-2018.

What will these look like? The European Parliament has set out its version of the restrictions, which are tighter than those desired by the Council, the EU body that represents Europe’s national capitals. Thus, negotiations lie ahead between them on the exact final wording for the participation of third countries or their undertakings. As they currently stand, the draft rules would forbid:

* effective control of a participant by a third country or entity;

* any restrictions or effective control of a project’s intellectual property (IP) by the third country or entity.

Here is where Washington’s possible economic concern enters the picture.

The rules would shut out any US majority-controlled defense companies or their subsidiary in Europe from EDIDP capability projects. One presumes that 50-50 US-European joint ventures might be eligible, but then again, maybe not. It will boil down to how those words “effective control” are interpreted by the EU.

That reading will have to wait until the EDIDP is finalized and its wording clarified—or challenged. Even so, it is highly doubtful that a non-EU participant, even if accepted into a project, will receive any EU subsidy: they would have to bring their own money or resources-in-kind to the endeavor.

Nonetheless, the provisos’ thrust is clear: capabilities are to be developed mainly by Europe’s industry, supported by Europe’s budgets.

Cynics will argue, quite reasonably, that the US administration perfectly understands that but cannot field any economic protest. To do so would immediately turn the rhetorical barrel against Washington, with the Europeans asking: “And your defense market? How open is it to foreign tendering?  How much access is there for foreign-controlled entities to DoD research and its cap projects?”

The United States cannot have it both ways: demanding that Europe shoulder more of its own defense burden—which, after all, means nurturing more of its own capabilities and defense industry—while at the same time expecting an open season on Europe’s defense expenditure for the United States’ giant defense firms.  Would Washington accept the reverse for its own market?  Absolutely not. And it doesn’t.

End of economic argument about PESCO.

Now let’s turn to the second supposition and US concerns about PESCO for its possible erosion of transatlantic/NATO cohesion.

Here ignorance or unawareness may well be playing into the picture, because such worries, if genuine, are grossly misplaced.  The EU’s military planning capacities are tiny and probably will remain so for a long time to come. It has no established military chain of command-and-control of its own. Indeed, it has no military assets: only its member states do. Moreover, any kit or capabilities that emerge from an EDIDP project will belong to the participating national governments. Nor will it control any of the intellectual property emerging from EU-funded defense research and development projects.

In a word: the EU’s defence “has-no” list goes on and on and will continue as such until the day its member states transfer their sovereignty over defense and military affairs to Brussels. Come that day, Washington could have real reasons to worry. And pigs fly.

There is one final point to puncture US “concerns” about the EU undermining NATO.  It is a hackneyed point, but one that should be all too evident to officials in Washington, namely that: twenty-two of the EU’s current twenty-eight member states belong to NATO. Each of those countries fully well knows that it is NATO, and not the EU, that will protect Europe against attack. Neither they nor the remaining minority of EU states air fears of undermining NATO.

Only US officials do, for whatever reason or agenda they may have.