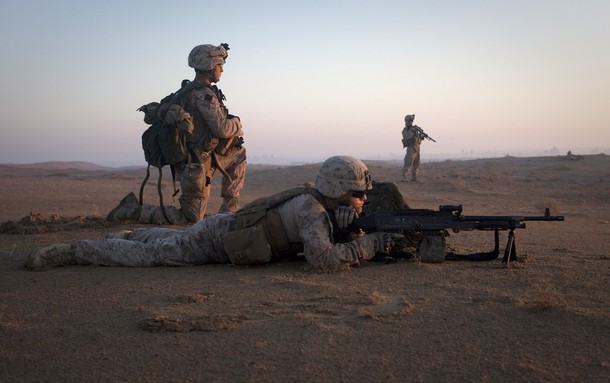 Stephen Biddle recently returned from Afghanistan and provides a uniquely qualified assessment of defining success in that conflict.  Dr. Biddle was a member of ISAF’s Initial Strategic Assessment Team and his expertise on Afghanistan has been consulted by senior military leaders and the Senate Committee on Foreign Relations.  He is the Roger Hertog Senior Fellow for Defense Policy at the Council on Foreign Relations and the award-winning author of Military Power: Explaining Victory and Defeat in Modern Battle.  In a media conference this week, Dr. Biddle shared the following insights on the current situation in Afghanistan.

Are we winning or losing in Afghanistan?

BIDDLE:  Well, I think it takes at least a year, especially in Afghanistan, to know whether a given village or a given district has been stabilized and whether the model is working or not. The fighting there is very seasonal. So until you’ve had a whole fighting season and a winter, it is very hard to know.

Now, what that means is that there are places in Afghanistan where you can know something. And we spent some time in central Helmand on this last trip and there are parts where we’ve been for a year or more — for example Nad Ali and Garmsir — where the Taliban have been kicked out. They’ve tried to counterattack and reestablish themselves but that effort has largely failed and the places are reasonably stable at this point.

The war ain’t over there by any stretch of the imagination, but the areas are reasonably stable because, to an important degree, we’ve been there for 18 months or more.

Will President Obama and Gen. Petraeus be able to know by the December reassssment if we are winning or losing in Afghanistan?

BIDDLE: Well, I think to a large extent that depends on events on the ground and on the way the administration and the command presents them. So for example, I think public support for the war is powerfully shaped by whether people think we’re winning or losing. And this comes back to this question of how you assess the way things are going. I think the command and administration need to start establishing the case that we’re going about this in a step-by-step way and should judge on the places where we’ve had enough time. And you know, assess accordingly.

Now, I think that is, in fact, what they are doing. The December 2010 reassessment window that was so much discussed at the time of the president’s West Point speech is, as far as I can tell, being down pedaled. I think that is largely a statement that in the places where command (I think erroneously or ill-advisedly) put so much emphasis — the new offensive actions in Marjah and Kandahar — they’re just not going to know by December, because you won’t have seen a full fighting season by that time.

So I think they’re trying to say, essentially, that they won’t know enough by then to be able to get a good gauge on how the war is going and they’re trying to suggest that they are going to make this decision later. If the offenses that we conduct in Marjah and Kandahar bear the fruit that one would hope and expect, then the public will allow a continued extending of the clock. If they don’t, if by July 2011 Kandahar is a disaster area and Marjah has not turned, I think it’s going to be very hard to sustain public support.

What is the unlikely, but dangerously possible, worst case scenario?

BIDDLE:  Now, the threat if the worst-case scenario unfolds is pretty serious. I mean, you may or may not have worried about nuclear weapons in Soviet hands during the Cold War. But bin Laden would probably use the things if he got them. And if an American administration that could reasonably have waged this war with some prospect of success instead decided to withdraw — if that scenario played out, Pakistan collapsed, and bin Laden got a nuclear weapon and used it on the United States, it would be regarded by generations of historians as the single biggest foreign policy blunder in the history of the nation.

Now, a variety of bad things have to happen in sequence for that worst case to play itself out. That is why I think this is a close call, rather than an obvious one. But, especially with respect to the guy in the Oval Office who has to bear the responsibility for this, I suspect that worst case looms fairly large. But all indications are that the president is pretty ambivalent about this, in part because I suspect he sees the costs and benefits as being closer on the margin than one would, in some ways, like.

Jorge Benitez, nonresident senior fellow and NATOSource director at the Atlantic Council, edited this from a much longer interview conducted by Foreign Affairs managing editor Gideon Rose with the permission of Dr. Biddle.  For full text and audio of the original interview, click here. Photo credit: Reuters.