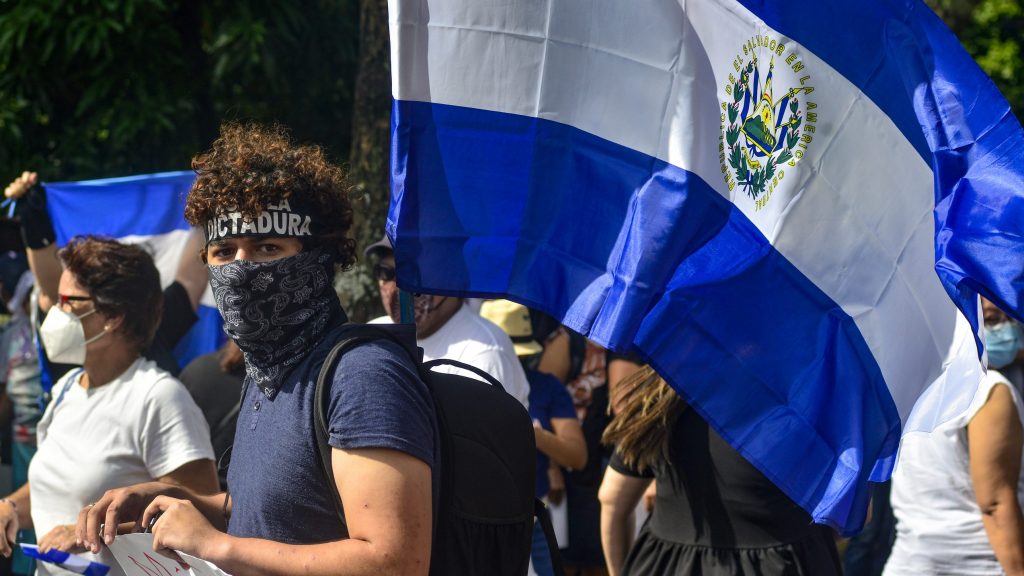 From authoritarian entrenchment and persistent corruption to widespread human-rights abuses, the democratic ecosystem throughout Latin America is fragile.

In El Salvador, President Nayib Bukele has taken a defiant stance by concentrating power in the executive branch with the legislative chamber’s active collaboration. Meanwhile, Brazil’s Senate has backed criminal charges against President Jair Bolsonaro for his mishandling of COVID-19, irregular use of public funds, and violation of sanitary measures. And in crisis-ridden Haiti, most of the country is languishing in the grip of criminal gangs. Elsewhere in the region, mismanagement is motivating citizens to rise up in anti-establishment movements, such as the one that swept Peruvian President Pedro Castillo into power.

That’s why two upcoming international summits offer a rare opportunity to agree on a reinvigorated democratic governance agenda for the region. US President Joe Biden’s Summit for Democracy this week will focus on three broad challenges—countering authoritarianism, fighting corruption, and advancing human rights—that are particularly acute in Latin America. Several months later, the United States will also host the Ninth Summit of the Americas, during which democratically elected leaders from across the region will gather with a focus on the need for strong, inclusive democracies to deliver for citizens after almost two years of the pandemic.

With democracy at a crossroads in the region, the stakes are high for these two events.

As nations across the Americas come together to devise solutions to their shared shortcomings, we offer a roadmap to help bolster democratic institutions, fight corruption, and stem authoritarian influence. Here’s how to make 2022 the Year of Democracy.

Gone are the days when the region was “America’s backyard.” From Chile to Panama, Chinese predatory practices have resulted in targeted disinformation, opaque investments, and increased surveillance. China’s aggressive push through the Belt and Road Initiative (BRI), vaccine diplomacy, and economic reach has paid off: Today, only a handful of Central American and Caribbean nations, in addition to Paraguay, risk alienating China by recognizing Taiwan.

Counterbalancing China’s increasing influence in the region in the spheres of infrastructure, digital technology, sanitation, and climate change should be a geopolitical priority not only for the United States, but for the entire Western Hemisphere. To sit idly by would be detrimental for democratic governance in the region as China’s “assistance” comes at a price.

Russia is also active throughout Latin America, propping up dictatorships through the provision of weapons, subsidized energy supplies, and intelligence. Iran, meanwhile, hasn’t abandoned its meddling campaign either, continuing to advance its ideological and military agenda in Venezuela, Bolivia, Cuba, and Nicaragua.

Boosting resilience to the malign influence of external actors requires a whole-of-society effort. Greater awareness of the extent to which local media outlets, vulnerable government institutions, and key economic sectors are infiltrated by corrosive capital is necessary to provide citizens with a clear picture of how foreign actors intervene in their domestic affairs.

The international community also has a role to play, including by offering alternative mechanisms to fund development projects. The Build Back Better World proposal to use US financial levers—the Export-Import Bank, USAID, and the Development Finance Corporation—to complement private-sector engagement in infrastructure projects and counter China’s BRI is a good example.

The Summit for Democracy should garner additional support from advanced democracies for investing in the region. Creating economic opportunity in the hemisphere is fundamental to dealing with the root causes of migration, including corruption, impunity and insecurity. Public-private partnerships, as the White House has announced for northern Central America, are an important starting point.

Corruption continues to fester, aided by scandals surrounding the COVID-19 response, and is fueling popular outrage. In Peru, for instance, ministers received preferential treatment for vaccines, and in Argentina, government officials set up “VIP immunization clinics” for family and friends.

Beyond these instances of favoritism and nepotism, the crisis has resulted in the further weakening of judicial independence and the rule of law. In Guatemala, President Alejandro Giammattei has presided over dramatic steps against judicial oversight in recent months, including the sacking of the country’s top anti-corruption prosecutor. These maneuvers—coupled with underperforming economies—have further dented public support for elected officials and trust in government.

This is why strengthening independent anti-corruption agencies and oversight bodies, which had some success in lifting the veil of impunity until recently, should be the top priority. Delivering on the commitments made as part of the Open Government Partnership initiative, a multilateral organization to promote transparency and good governance comprising seventy-eight countries and seventy-six local governments, is also critical, since many countries lag in the implementation of previously adopted pledges.

Lastly, summit participants should harness the lessons from successful anti-corruption efforts globally, including the value of empowering civil society and investigative journalists by helping them access technical and financial resources and international networks of peers.

Human-rights violations remain a major obstacle to democratic consolidation in Latin America. High levels of violence, including toward political activists and journalists, limit freedom of expression, weaken labor rights, and undermine an independent press. According to Reporters Without Borders, Latin America was the deadliest region in the world for reporters in 2019, accounting for 40 percent of journalist murders recorded globally. Extortion, trafficking, and selective killings perpetrated by criminal gangs and networks disproportionately impact women and other marginalized groups such as indigenous peoples. According to the Economic Commission for Latin America and the Caribbean, more than four thousand women were killed across the region in 2020—with femicide rates the highest in Honduras, the Dominican Republic, and El Salvador.

An effective response to these deep-seated problems involves strengthening the rule of law and accountability systems to provide effective protection to vulnerable populations and justice to victims. Making progress toward eradicating impunity for offenders is paramount to restoring faith in the democratic process. This can be done by more directly involving citizens in the policymaking process and seeking out political champions and leaders at all levels of government who are willing to make the right choices. The United States should help with targeted assistance to improve the conditions for pro-reform and pro-accountability actors to mobilize.

An opportunity for renewal

The 2001 Democratic Charter adopted by the Organization of American States (OAS) already called out “unconstitutional alteration or interruption of the democratic order” in the region. Since then, through the Inter-American System, the Western Hemisphere has developed an international democratic governance architecture that advances freedom and human rights, including the Inter-American Convention against Corruption launched at the 2018 Summit of the Americas in Peru. These regional arrangements can be leveraged to maintain pressure on participating nations long after the excitement around the upcoming summits wears off. The recent resolution adopted by twenty-five nations condemning Nicaragua’s sham elections is a reminder that the OAS can be an agent for democratic norm-building.

The Summit for Democracy and the Ninth Summit of the Americas will provide necessary platforms to highlight the importance of dealing with authoritarianism, corrupt practices, and human-rights infringements. But ensuring that the commitments become a reality will require an alliance of willing democracies and Latin American civil society—whose advocacy during and after the two events will be critical to catalyze a multi-stakeholder coalition that can put pressure on the governments of the region to deliver.

Antonio Garrastazu is IRI’s regional director for Latin America and the Caribbean. 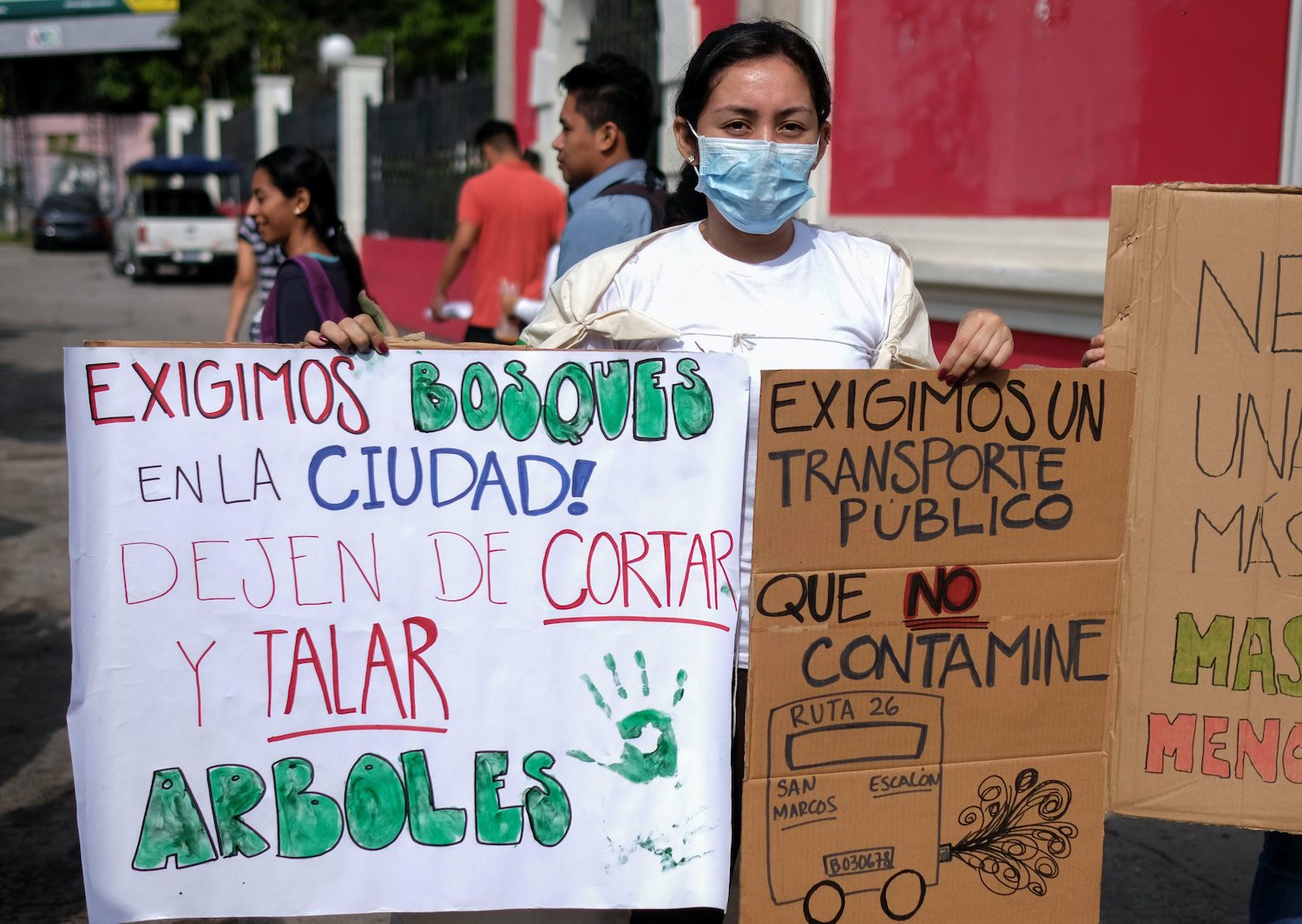 Citizens across Latin America and the Caribbean are rising up in protest. Political frustration and economic stagnation are fueling social discontent exacerbated by the continued COVID-19 pandemic and the slow health response. In Central America, restrictions on civil liberties, high rates of gender-based violence and extortion, and worsening climate change are compounding the lack of economic opportunities and pervasive corruption seen in El Salvador, Guatemala, and Honduras. 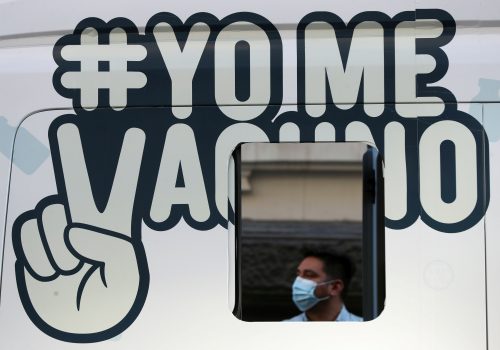 The Chilean leader joined other political, business, and health leaders at the annual conference hosted by the Atlantic Council’s Adrienne Arsht Latin America Center alongside the United Nations General Assembly. 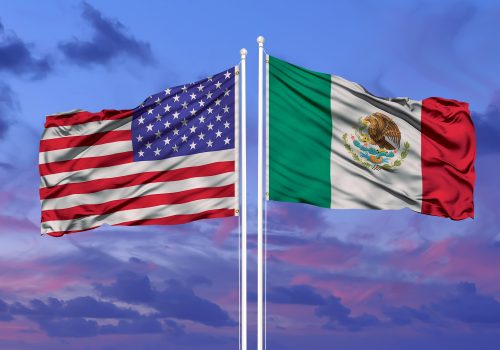 Mexico's recent climate and energy measures will cause economic harm, set back emissions reduction efforts, and strain the country's relationship with the US. The Biden administration must be clear that these nationalistic policies, which contravene the United States-Mexico-Canada Agreement, will not be tolerated.