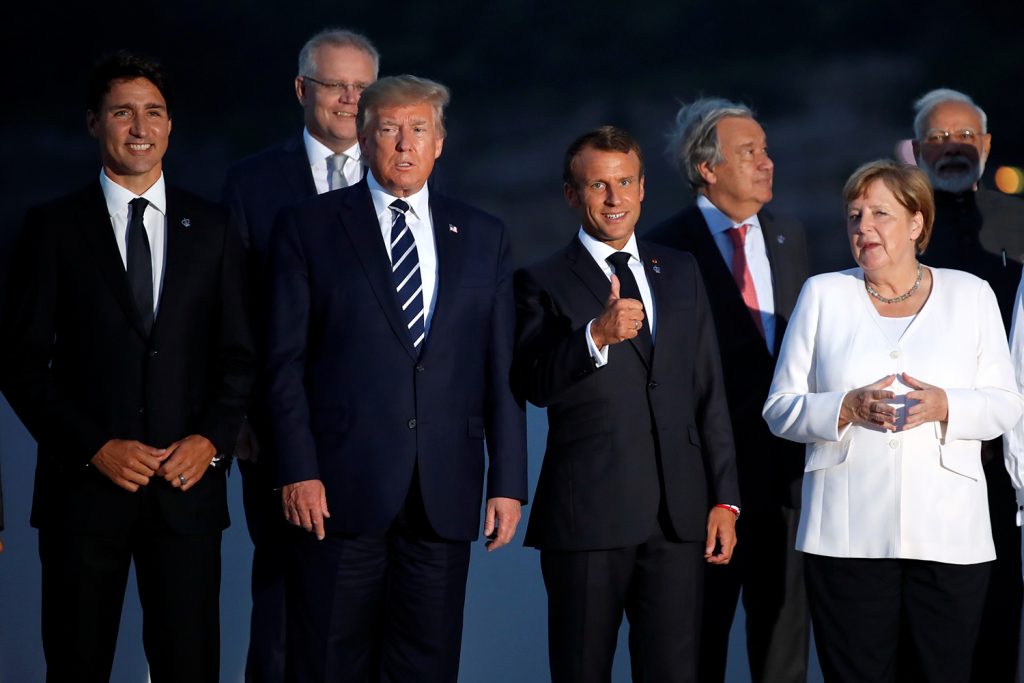 Lots of bad strategic consequences may emerge from the coronavirus pandemic. In addition to large and growing numbers of deaths, it has generated a systemic shock, with the United States and Europe falling into depression levels of economic shrinkage and a possible slow recovery. Democratic powers seem befuddled and defensive; the United States has not been leading as it should (US absence from the May 4 EU-led coronavirus vaccine pledging conference is another example). Autocratic powers, especially China, seem emboldened, thinking that their time has come again. The last time the world was in depression, the United States not leading, and autocrats on the march, we got World War followed by a Cold War.

And yet. History shows that while democracies often mess up initial responses to crises, they also possess resilience that astonishes both themselves and their adversaries. The rules-based, democratic-leaning order that the United States and its friends established after 1945 has its flaws, failures, and hypocrisies. But it produced decades of general great power peace and widespread prosperity.

Throughout its good run, this order was pronounced at death’s door on a regular basis: massive urban riots in the United States and domestic terrorism in Europe after 1968; US failure in Vietnam, the first oil crisis, massive inflation, and political malaise in the 1970s; the assumption of US overextension and exhaustion in the 1980s. Each time, the United States and its friends rallied, adapted, and emerged in good shape. We can do so again.

Even now, though US leadership has been obscured by mixed signals, especially from US President Donald J. Trump, some US institutions (like the Federal Reserve) are doing big things to ward of economic calamity. Even more, the habits and muscle memory of cooperation among allies are intact. In an informal “Allied (virtual) Town Hall” organized April 28 by the Atlantic Council, European and Asian diplomats, and Americans (in and out of the administration) were united in pledging that the only way out of the coronavirus pandemic was together, and that US leadership was critical.

The United States needs to lead in devising both immediate and systemic responses to the coronavirus challenge, but not alone. Leadership means neither diktat nor incantation of old formulas. It means using American convening power to adapt tested principles to new challenges, crystalizing friends and allies—transatlantic, transpacific and not forgetting hemispheric—around a common agenda.

That agenda—admittedly in sketch form—starts with dealing with the immediate pandemic emergency, including agreement to share (not fight for or grab) critical equipment and medicine, and pledges to share a vaccine, no matter who develops it first. Much is already being done, but it would be good to hear senior officials of (let’s say) the Group of Seven (G7) plus South Korea, Australia, and other leading democracies promise such cooperation, unequivocally and publicly. Indeed, European leaders have already made such calls, but to be effective they must be broader. Beyond this, allies should agree on capacity to stockpile and share critical equipment and medicines for the next time around (and there will be one). Such solidarity should not be restricted to G7 democracies and their friends, but establishing new norms needs to start somewhere; their application can grow.

The economic response starts by warding off prolonged global depression, which may mean lots of spending at the same time by the United States, European Union, United Kingdom, and other leading economies, including China. As many have pointed out, there is recent precedent for such coordination: US-led Group of Twenty (G20) efforts at the start of the Great Recession. The need is greater now but so, perhaps, is the political will to do what is needed.

The coronavirus has revealed structural economic issues that must be tackled, both national and international. Inequality in the United States has been growing for generation and has reached Gilded Age levels; poorer, working class, and racial minorities are being hit disproportionally hard, and versions of such inequality exist in Europe as well. The United States has also tended to starve its (non-military) public sector for a generation, with the baleful results we now see. Meanwhile in Europe, the last decade since the great financial crisis has seen its robust social model come under strain and question with an aging population, sluggish employment rates, and persistent stagnant growth. The specter of a deeper and more prolonged downturn threatens to shatter the European social democratic approach. Getting out of the Coronavirus Depression will require new approaches to tackle these and other long-term issues, just as the United States did during the Great Depression. It’s not impossible: under pressure of the crisis, even the politically divided US Congress broke new ground in expanding the role of the government in the economy.

Not all ideas coming under cover of the current challenge will be of equal importance. Moreover, China will have something to say on all of this and will not by shy about exerting its considerable economic leverage to ward off such moves. Much will depend on whether the United States overshoots (by demanding reparations from China, for example, or indulging in tariff wars with Europe; in our experience, fighting your friends as you seek their help in dealing with adversaries is seldom productive).

A better way could include focusing supply chain issues on truly critical goods (resisting predictable protectionist demands) while broadening efforts to deepen links between the economies of the “lands of the free” (as one US official informally suggested). That could mean bringing together the developed economies of the North America, Europe, and Asia and strengthening trade rules. As part of this, the United States and the EU could help set standards for emerging technologies (e.g., telecom) and in any case should work together to strengthen global rules against the more predatory aspects of Chinese economic behavior. As the strings attached to China’s Belt and Road projects emerge, the United States and Europe could do a more serious job of offering their own versions of infrastructure development (the US-supported Three Seas Initiative with Central Europe is one example).

Chinese behavior around the coronavirus has alienated many and left openings for counter moves. The objective, however, should be not to isolate China but, rather, to use democracies’ collective strength to bring them fully into (and respectful of) a rules-based order.

Devoting new energy to long-term challenges cannot stop with coronavirus issues. The pandemic demonstrates the danger of lack of imagination: too many political leaders, not just President Trump, couldn’t wrap their minds around the enormity of the disaster headed their way and thus lost previous time. Issues of climate change and other potential disasters may seem abstract. Until they aren’t. If we are wise, the coronavirus shock can mobilize broader international efforts.

The above agenda is only a rough outline; details must be thrashed out and getting things done will be messy. But the direction is clear. So are the possibilities for success: the United States, Europe, and key transpacific allies possess a preponderance of economic power, political legitimacy, and thus the ability to set a global agenda to deal with the current crisis, if they act together.

The bottom line is this: democratic nations have options for coping with current challenges. Finding democratic solidarity may seem a stretch given the current mood, but we need to think big and mobilize political will to get there. That means recognizing common stakes in each other’s success, and in keeping partisan passions—on both sides of the Atlantic—in check. President Trump has not always seen the value of US leadership or its alliance with its democratic friends. Europeans have often enjoyed poking the Americans. There is nothing like a true emergency to focus one’s attention on what matters. We should learn our lessons from past failures and successes. And we’d better learn fast.

Ana Palacio is an Atlantic Council board member and a former foreign minister of Spain. Follow her on Twitter @anapalacio.