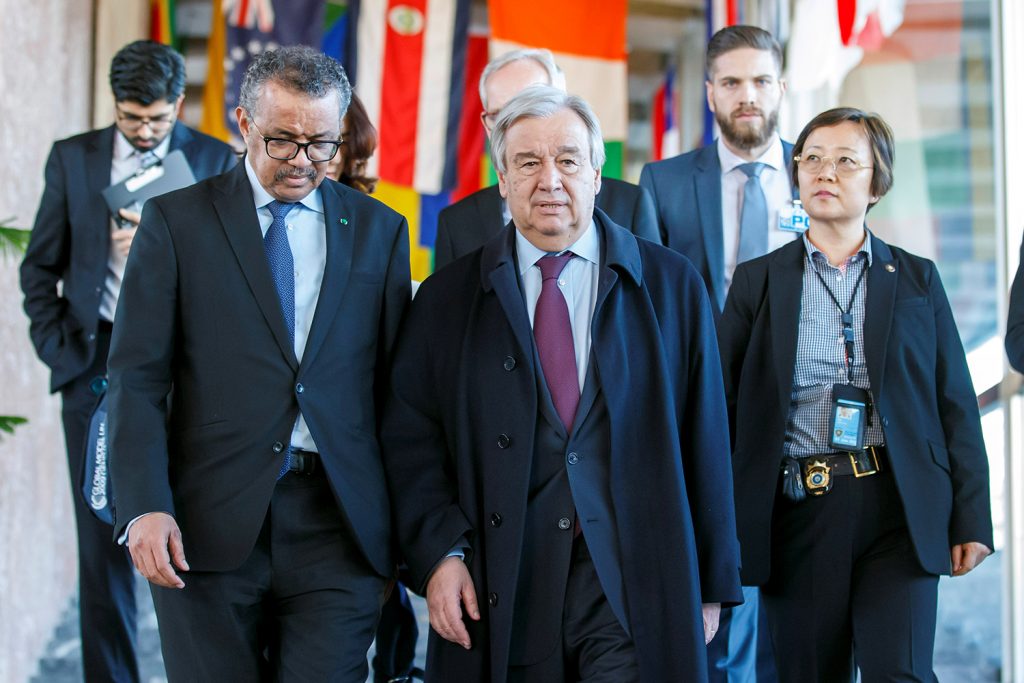 US President Donald J. Trump’s decision to defund the World Health Organization (WHO), the United Nations’ health branch, on April 14 to protest its proximity to China and alleged poor performance in dealing with the coronavirus pandemic was met with widespread blowback. Philanthropist Bill Gates deemed the move “dangerous,” while the EU’s High Representative Josep Borrell said there was “no reason” for it.

In fact, there are plenty of reasons to be underwhelmed with the WHO’s performance in tackling the COVID-19 pandemic. The administration’s response to halt funding, however, will have the opposite of the intended effect. Rather than beginning a long overdue debate on Chinese influence over multilateral institutions, it will reinforce the very reason why Chinese influence has grown in the WHO and other institutions: US disengagement. By acting unilaterally, the administration has led many to express an unconditional, and costless, support for the WHO instead of forcing them to think through necessary reforms.

The bulk of the criticism addressed at the WHO and its director-general Dr. Tedros Adhanom Ghebreyesus concerns the organization’s parroting of Chinese talking points at the onset in the early stages of the outbreak in Wuhan. In a tweet on January 14, the organization repeated Chinese claims that there was “no clear evidence of human-to-human transmission of the novel #Coronavirus.” Furthermore, Dr. Tedros praised China’s response as “setting a new standard for outbreak response.” Many experts also point out that the organization waited too long to designate the virus spread a “pandemic.” Since then, the WHO has played an important role in distributing millions of protective equipment and offering training for health professionals. But US concerns over the organization’s papering over of Chinese mishandling are legitimate.

The United Nations system was built as a forum open to all countries, but it has respected a delicate balance to recognize the interests and influence of great powers in terms of posts or policy. In this regard, the United States has been particularly successful in playing a central role, but this is the result of actively participating in the work and debates of UN bodies. Since 2017, Washington has expressed such indifference and even hostility to the multilateral fora that it’s unsurprising competitors like China are filling the vacuum and exerting a growing influence in the UN and elsewhere.

In the case of the WHO, not only had the administration not appointed a representative to the executive board of the organization since 2017 (until March 18 of this year) but the provisional 2021 budget would have cut US public funding to the organization below China’s (although voluntary private US support represents a majority of the organization’s funds). The same is true for other multilateral bodies. The World Trade Organization for example hasn’t been able to appoint judges to its Appellate court, due to US opposition, effectively blocking the institution and undercutting others’ efforts to raise concerns over Chinese unfair trade practices.

But the case is not lost. The United States has much stronger assets than its rivals to reassert itself. Its partners and allies, especially in the EU, have expressed their will to work with Washington to push back against China that the EU dubbed a “systemic rival” last year, and, more importantly, to reform international organizations. Today, many European and Asian countries share US concerns over China’s initial secretive handling of the virus followed by Beijing’s aggressive propaganda efforts to prop its authoritarian regime as a model to respond to the crisis. The French foreign minister has even summoned the Chinese ambassador to Paris this week to complain against China’s rhetoric.

Taken together these nations represent a critical part of the WHO’s funding and diplomatic support. The United States could consult its partners and together propose an independent committee to audit the WHO’s performance and offer potential reforms. The United States, the European Union, and major Asian democracies could then propose a clear timeline for these reforms to be implemented and tie this to a gradual increase in funding. Such approach, rather than budgetary blackmail, would provide legitimacy and widespread support. As for the World Trade Organization, the EU has sent the US administration proposals to give it the means to effectively monitor the implementation by China of its commitment of fair trade practices. Washington should work with the Europeans on this.

More US withdrawal from international institutions will only further damage US leadership and undermine the international system painstakingly built by its diplomats since 1945 to sustain it. More importantly it will give others opportunities to shape them for their own interests. It is now up to the supporters of multilateralism to go beyond their easy outcry and respond to Trump’s stance by concretely showing their will to rebuild an effective international system for the challenges of the twenty-first century. Today’s institutions are rooted in the post-1945 settlement and in the Cold War. They have to evolve and to be reformed to be more effective and to reflect our values. In a global world, COVID19 reminds us that “America first’’ can’t mean “America alone.”

Gerard Araud is France’s former permanent representative to the United Nations in New York and former ambassador to the United States.

Benjamin Haddad is the director of the Future Europe Initiative at the Atlantic Council.

“Disaster Diplomacy” and the US response to COVID-19