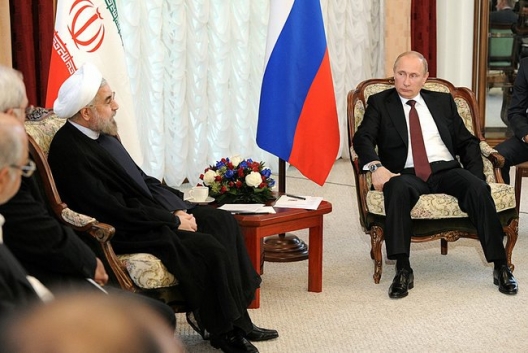 A huge collective sigh of relief from the White House, Congress, and Bashar Assad’s palace in Damascus was heard round the world earlier this week when the Russians came to the rescue. The unlikely savior — the cynical and calculating Vladimir Putin — seized the moment in the Syria quagmire by offering a lifeline of sorts to the struggling American and Syrian governments. The deal — Syria would give up the chemical weapons it vowed for decades it never had, and there would be no need for American air strikes.

But since then, inconvenient facts about the Russian offer have begun to cloud the picture. The Russians don’t want a UN agreement to be binding and can’t be pinned down on how much time Assad should have to comply. It’s not clear which organization would take custody of the weapons. Most importantly, Putin disagrees that the United States would have the right to use force if Syria reneges on the agreement. And Assad himself was ominously silent on whether he will give personal support to this deal.

President Obama is right to walk down the diplomatic path with Putin on Syria. If there is a chance to resolve the crisis peacefully, we should take it. But it won’t be easy; the United States and Russia aren’t even close to a done deal. Secretary of State John Kerry has his work cut out in battling Russian Foreign Minister Sergei Lavrov in Geneva Thursday and Friday.

In his speech to the nation Tuesday, Obama did not specify the conditions we need for a deal because he wants to have maximum flexibility for the talks. At a minimum, however, the United States should insist that any agreement be binding, that Syria’s chemical weapons be turned over on a short time schedule, and that Syria follow through on its promise to sign and adhere to the Chemical Weapons Convention. Most critically, the United States must retain the right in any UN Security Council Resolution to use force should Syria renege on the agreement. Without the continued threat of force, the untrustworthy Syrian government will never give up the weapons. That would leave the United States with no effective way to make Assad pay for his alleged use of sarin gas against defenseless civilians and to deter future use.

The United States is thus entering a version of diplomatic hand-to-hand combat against Syria and Russia with no guarantee of success. The Obama team will need to be skeptical, tough, and unyielding. And if the Syrians walk away from a deal, Obama may have to turn back to Congress and request authorization to use force that few members seemed prepared to give him when the week began.

Even if the United States is successful on chemical weapons, it won’t mean we can put Syria behind us. The civil war will continue, requiring continued American leadership on two other diplomatic fronts.

First, the United States must mobilize much greater assistance for the millions of Syrians suffering in a calamitous refugee crisis. The latest casualty numbers are staggering — more than 110,000 Syrians have died in the war. More than 4 million people have lost their homes and are on the run from the war inside Syria. Another 2 million Syrians are refugees in neighboring countries. This is a true humanitarian and moral crisis, requiring a much more urgent and energetic international effort.

Second, if we don’t intend to overthrow Assad, we should then work with Russia, Arab countries, and even Iran to force a ceasefire between the Syrian government and the disputatious rebel groups fighting it. We should use our power and influence to stop a war that is brutalizing this once-proud nation and threatening to engulf neighboring Lebanon, Jordan, and Iraq.

We are the one nation that can make a difference in Syria. We have to try.

Nicholas Burns is professor of the practice of diplomacy and international politics at the Harvard Kennedy School of Government, and Atlantic Council Board director. He served in the United States Foreign Service for 27 years until his retirement in April 2008. Follow him on Twitter @RNicholasBurns.