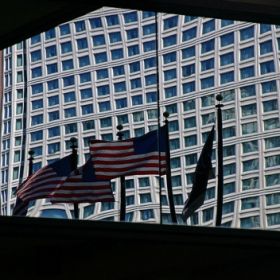 Colin Powell, America’s premier soldier-statesman, put it best. Diplomats, he said, are “the first line of offense of America’s foreign policy.” With his military background, Powell understood better than most that diplomacy has always been an important, if not vital, American strength in dealing with a dangerous and unpredictable world.

Powell’s maxim came to mind during last week’s acrimonious debate over President Obama’s decision to try negotiations to stop Iran’s drive for nuclear weapons. It was striking how many Obama critics argued that diplomacy simply won’t work in dealing with anti-American hardliners in Tehran. The implication was that trying diplomacy with people like that is soft, naïve, and insufficiently martial. Thus, the invidious comparison of the Geneva deal to Munich, with Obama as a modern-day Neville Chamberlin.

Israeli Prime Minister Benjamin Netanyahu articulated a variation on this theme. He was so aggressively dismissive of Obama’s strategy that it was almost as if he was saying the only negotiation with Iran worth having was one that ended with the score 100-0 in our favor. Now, if Obama could get that kind of result, he would surely take it. But it’s just not possible. When you negotiate a war and peace issue in today’s world, some element of compromise is inevitable. Obama believes, however, that the Iran talks need not end in an unseemly fifty-fifty tie. The United States is in a stronger position than Iran. Obama is joining negotiations with the crippling sanctions still in place and the ultimate threat of force to stop Iran short of a nuclear weapon. That is the big bet Obama maintains is worth making — diplomacy first before we consider war. And the polls show most Americans want Washington to give diplomacy a try.

The Iran talks thus represent an important transition point for the United States. For a decade after 9/11, we positioned the American military, rather than diplomats, as our first responders in Afghanistan and then Iraq.

But those two wars taught us an important lesson — we can’t put the military and our entire foreign policy on a constant war footing. It puts too much strain on the courageous men and women who fight our wars and is not affordable for a country still trying to regain economic health and confidence after the 2008 recession.

Obama, like President George W. Bush in his second term, has been repositioning diplomacy as what The New York Times called “the centerpiece of American foreign policy.” Like past presidents, Obama knows diplomacy can’t resolve all our problems. Even at the height of our power in the world, however, Harry Truman, Dwight D. Eisenhower, Richard Nixon, and Bill Clinton led more through diplomacy, negotiations, and statecraft than by just trying to get our way through brute strength.

And Americans are good at diplomacy. James A. Baker III was brilliant in negotiating the unification of Germany and creating the Gulf War coalition that defeated Saddam Hussein. Madeleine Albright deployed diplomats, as well as soldiers, to win the peace in Kosovo. And Condoleezza Rice ended the Lebanon War in summer 2006 through very tough negotiations at the United Nations.

As we turn the corner to 2014, crises are mounting in Obama’s foreign policy inbox and for nearly all of them diplomacy, rather than force, will be the right tool. He’ll turn to American diplomats to cope with an accelerating refugee crisis in Syria, the Israeli-Palestinian impasse, a Ukraine torn between Europe and Russia, and the ill-advised Chinese airspace declaration that has produced a dangerous standoff with Japan in the East China Sea.

But the most difficult test of all will be Iran. Obama has assembled a global coalition and surprisingly effective sanctions regime against Tehran. If the Iranian government ultimately refuses to dismantle its nuclear apparatus, the United States always has the option of force. But isn’t Obama right, and in the best American tradition, to try diplomacy first before risking another war in the volatile Middle East?

Nicholas Burns is a professor of the practice of diplomacy and international politics at Harvard’s Kennedy School of Government. He was US under secretary of state for political affairs from 2005-2008. Follow him on Twitter @rnicholasburns.