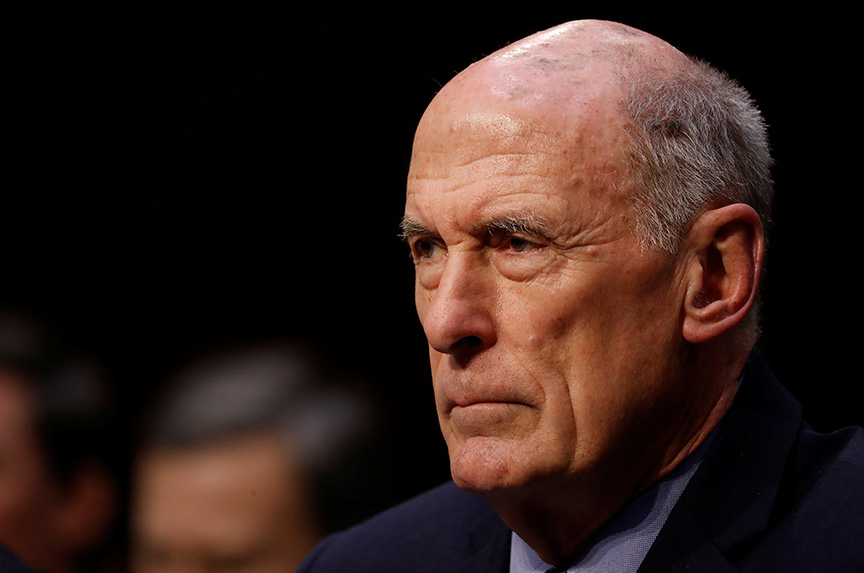 “It is 2018, and we continue to see Russian targeting of American society in ways that could affect our midterm elections,” US Director of National Intelligence Dan Coats said at an event co-hosted by the Atlantic Council in Normandy, France, on June 8. (Reuters/Aaron P. Bernstein)

Trump administration should provide details of Russian meddling ahead of midterms

Speaking at an event in Normandy, France—co-sponsored by the Atlantic Council, Le Figaro, and the Tocqueville Foundation—Coats essentially said that the Russians are already meddling in this year’s midterm elections.

He noted: “In 2016, Russia conducted an unprecedented influence campaign to interfere in the US electoral and political process. It is 2018, and we continue to see Russian targeting of American society in ways that could affect our midterm elections.”

Coats went on to provide a long rap sheet of Russian President Vladimir Putin’s malign behavior against the West in general and democracy in particular—everything from Russian attacks on the French elections and German and Norwegian political candidates to exploiting divisions in Spain over Catalonia and conducting a disruptive cyberattack against Ukraine.

Coats said: “These Russian actions are purposeful and premediated and they represent an all-out assault, by Vladimir Putin, on the rule of law, Western ideals and democratic norms… Putin thrives in an environment of cynicism, lies, and misdirection.”

Coats also spoke of the enduring importance of the US-European alliance in dealing with the Russian threat.

Why is this speech so important?  Several US officials—and a number of former officials—have warned of Russian meddling in the elections later this year, but this is the first statement, albeit a subtle one, that such Russian behavior is already underway. It comes five months before election day.

Perhaps most important, Coats’s speech, coming at the same time that Trump is advocating for Russia to rejoin the G7 and tangling with our closest European allies, speaks strongly to the idea that the intelligence community, under Coats’s leadership, is fulfilling one of its fundamental jobs, speaking truth to power.  It seems that a bold, truthful, and robust intelligence community is surviving our political turbulence.

What should come next? The Trump administration should provide the public more details about what the Russians are doing that could affect the midterms, what exactly they are trying to achieve, and what we are doing to stop them or at least limit their effectiveness.

Michael Morell is an Atlantic Council board member and former acting director of the Central Intelligence Agency. Follow him on Twitter @MichaelJMorell.