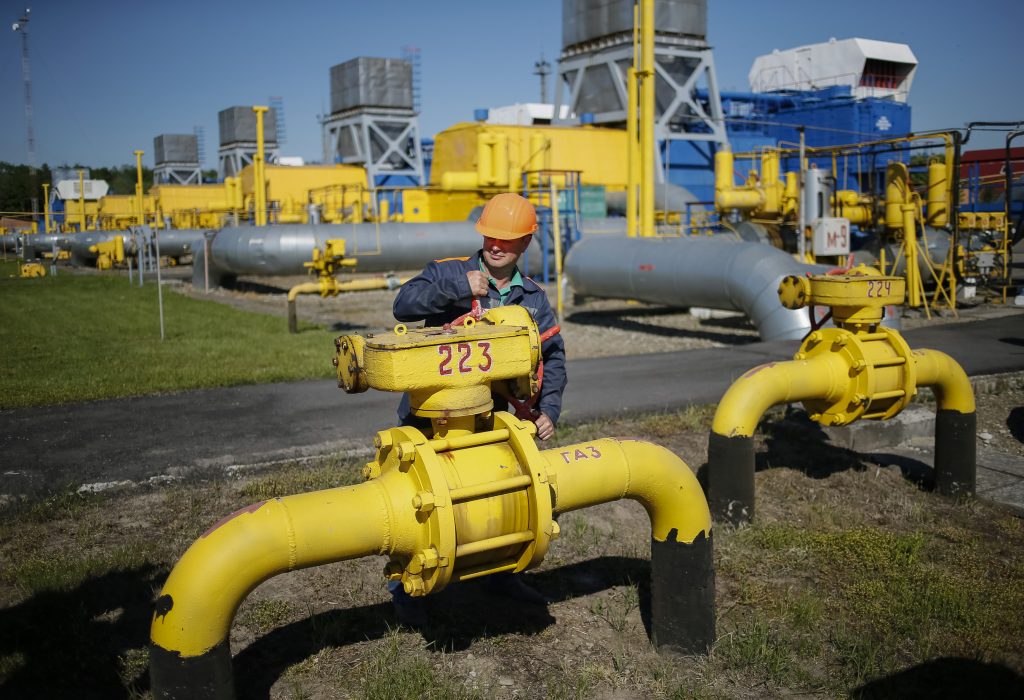 In a moment of friendly candor, one of Russia’s most senior diplomats once told me privately, “We Russian diplomats negotiate hard because we know we are weak.  When we have an issue on which we know we are strong, we will fight like mad.  And, for us, that key issue is energy.”

Indeed, Russia has repeatedly used natural gas as a strategic tool, most prominently when it cut off gas to Ukraine and the European Union in 2006, 2009, and 2010. Though the two countries’ dispute over gas prices stole the headlines, the real core of the dispute was Russia’s efforts to seize control of Ukraine’s natural gas pipelines and lock Ukrainian politicians and industrialists into long-term dependence on Moscow. In 2012, Gazprom imposed a gas price on Lithuania 30 percent higher than the average for Europe, and admitted it was punishing Vilnius for implementing EU directives to strengthen energy independence from Russia.1

Today, energy is a weapon in Moscow’s “hybrid” war against Ukraine, along with covert invasion, military advisors and mercenaries, and information warfare. The Kremlin’s announced intention to double Ukraine’s gas price was a threat to bankrupt energy-intensive industries and thereby destabilize Ukraine’s political system (notwithstanding Russia’s March 2010 treaty obligation to provide Ukraine with a reduced price gas in exchange for extension of its naval basing rights at Sevastopol until 2042).

Less obvious has been Moscow’s exploitation of Ukraine’s gravest internal weakness:  massive corruption at the nexus of politics and energy. Ukrainian oligarchs (including top politicians) have generally made their fortunes by using political clout and connections to Gazprom to buy gas low and sell high. Influential Ukrainians have been able to buy gas more cheaply than those who lack such personal connections, then either use the gas to secure competitive advantages for their petrochemical and metallurgy factories or sell the gas in Europe at a markup of over 100 percent.   These schemes have been possible because Ukraine never installed gas meters on its border with Russia, making it impossible to determine how much gas actually enters Ukraine. Ukrainian and Russian schemers are able to sell this undetected gas in Europe through shady intermediaries for billions of dollars.

The most famous such deal resolved Russia’s January 2006 gas cutoff to Ukraine. It was brokered by Russian organized crime figure Semyon Mogileyevich2 on behalf of a shady Swiss company called RosUkrEnergo, which was jointly controlled by Gazprom and one of Ukraine’s most powerful oligarchs, Dmitriy Firtash. Under US federal indictment for bribery, Firtash has been a key donor to virtually every top Ukrainian politician since the 2004 Orange Revolution (perhaps with the exception of the newly elected President Petro Poroshenko).

The RosUkrEnergo deal underscores the nexus of natural gas, Russian organized crime, and Ukrainian politics, which has generated legal and political vulnerabilities Moscow enthusiastically exploits. These opportunities for breathtaking self-enrichment have won Moscow the loyalty of ousted President Viktor Yanukovych and many other top Ukrainian politicians, while hamstringing the state’s legitimate decision-making, especially in times of crisis such as Ukraine’s current war with Russia.

Unless he can stem this torrent of corruption in Ukraine’s natural gas sector, Poroshenko risks a dual threat: failing to defeat Russian-supported separatists in eastern Ukraine; and a new wave of protests by Ukraine’s vibrant civil society this autumn.  Last week’s announcement of the breakup of Ukraine’s notoriously opaque national gas company, Naftohaz Ukrainy, into three independent companies is a big and positive step. The EU can further help by pressing for three key measures:  (1) Ukraine’s installation of gas meters at its border with Russia; (2) EU oversight and/or partial control of Ukraine’s gas transit system; and (3) Russia’s establishment of a single sales price, at its border, for gas it supplies to all EU member states (with transit costs across Ukraine determined by a transparent formula and without middlemen).

Moscow will resist, preferring to continue its divide-and-conquer approach of pursuing gas deals with individual EU member states, while threatening them to take Russian gas elsewhere if they push back too intensely. This is precisely what Russia’s May 21 gas deal with China is about.  Aiming to intimidate the EU into a softer line regarding its war against Ukraine, Russia settled on an uneconomic arrangement with China, caving into Beijing’s demand for a lower price after holding out for more than 10 years for a higher one. The gas sales price of $350 per thousand cubic meters is 42 percent cheaper than Lithuania’s, and so low that it will likely depress natural gas prices throughout the Far East. Moreover, the deal requires at least $50 billion in new infrastructure, which must be repaid from these cheap gas sales.

In short, the China deal makes little economic sense for Russia and is instead a political bluff. In reality, Russia is positioned to rely on EU gas markets for decades to come, given its massive pipeline network that currently supplies the EU more than four times as much gas as foreseen by the China deal. And, Russia’s dependence on European markets is set to grow through expansion of Gazprom’s Nord Stream pipeline under the Baltic Sea. It could grow further with the possible development of the South Stream pipeline under the Black Sea.

Europe should call Russia’s bluff and demand changes in how it deals with Russia on natural gas, insisting on a single Russian price for all EU consumers. This would not only allow the EU to manage Moscow more effectively; it would also take advantage of President Poroshenko’s urgent need to tackle Ukraine’s massive corruption and thereby help Ukraine emerge as a stable and prosperous country, one that Moscow is less tempted to undermine.

Matthew J. Bryza is a non-resident senior fellow at the Dinu Patriciu Eurasia Center of the Atlantic Council and director of the International Centre for Defence Studies in Tallinn, Estonia. He served as US ambassador to Azerbaijan and as an advisor to the president and the secretary of state on Caspian Sea energy issues.

2At the time, Mogileyevich was on the FBI’s Wanted List; in 2009, he was elevated to the FBI’s Top Ten Most Wanted List.

Image: A worker adjusts a valve at a gas storage facility near Striy, Ukraine, May 21, 2014. Ukraine stores months worrth of gas supplies underground in an effort to cushion itself from the effects of Russian cut-offs in supply such as the one announced this week. REUTERS/Gleb Garanich