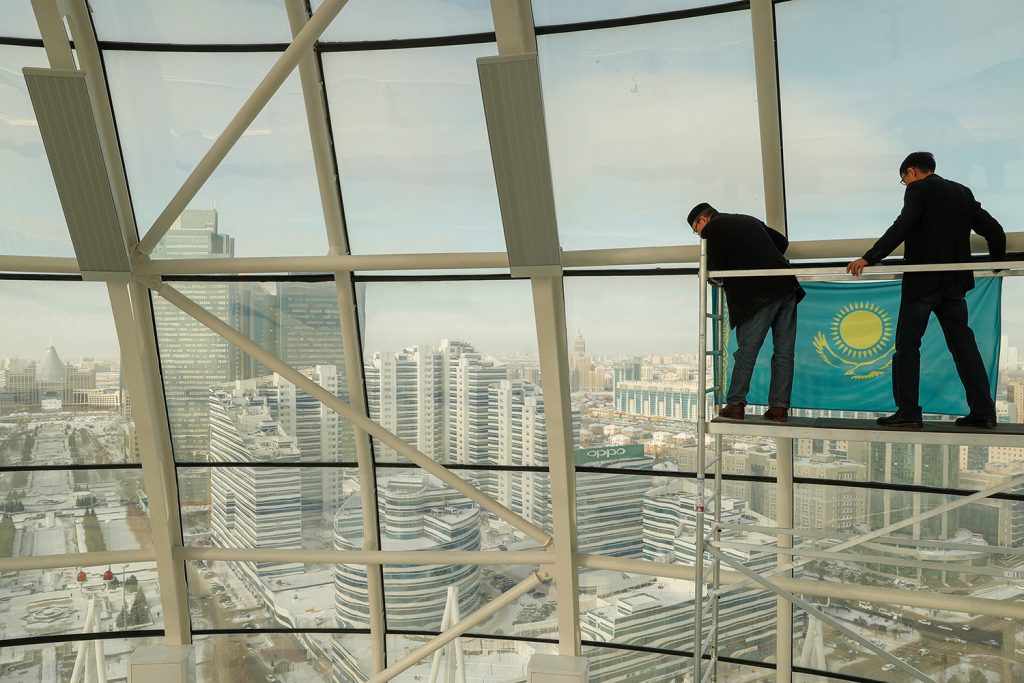 Central Asian independence thirty years ago spawned enormous anxiety among observers who foresaw cascading threats of Islamic terrorism, internecine war, ethnic conflicts within or between these states, or violence between Russian settlers and their new governments. This so called “discourse of danger” continues to be pervasive. But the record of the largest country in the region, Kazakhstan, shows that many of these fearless have proven baseless.

Former President Nursultan Nazarbayev and his successor President Kassym-Jomart Tokayev have steered Kazakhstan past many of these potential flashpoints. There has never been a whiff of inter-ethnic conflict with the large Russian population in Kazakhstan, despite the conscious building of a new Kazakh elite and national culture by Nazarbayev.

Kazakhstan peacefully denuclearized and has become a global champion of non-proliferation, while avoiding being pulled into Afghanistan or any other wars. Nazarbayev instead began to brand Kazakhstan’s as a peacemaker. He organized the CICA Conference on Asian Security to promote understanding between Asian leaders. The new capital Astana (now named Nur-Sultan after its founder) has hosted a negotiation process for Syria, a valuable contribution toward trying to end that conflict, although the parties assembled there have failed to reach an agreement.

At the same time, Kazakhstan has deftly managed its relations with its two neighboring great powers: Russia and China. While some foreign observers believed that Kazakhstan would pose “the greatest potential for serious frictions” between Moscow and Beijing, these have not materialized. Meanwhile Kazakhstan not only enjoys strong relations with both countries, it also functions as a magnet for their foreign investment, and not just in its abundant energy supplies.  This investment boom has been a byproduct of Kazakhstan’s multi-vector diplomacy, which maintains amicable and productive relations with not only China and Russia, but also with the United States, the European Union, and the latter’s individual members.

Kazakhstan’s diplomatic successes prompted its election as head of the Organization for Security and Cooperation in Europe (OSCE) in 2010 and its membership on the UN Security Council from 2017 to 2018. Nazarbayev concluded a successful visit to the United States in 2018 and the Trump administration, unlike its predecessor, has shown considerably more interest in Central Asia, even publishing an official strategy paper on US policy that emphasizes US ties with Kazakhstan. As Kazakhstan opens itself up for even more Western and US investment,  Washington clearly anticipates economic opportunity, as well as strategic cooperation.

But it is foreign investment that is perhaps Nazarbayev’s most important achievement, as Kazakhstan has obtained more than $350 billion since independence, with more on the way as Beijing expands its Belt and Road Initiative (BRI). This investment dividend has been driven by intentional socio-economic reforms. Nazarbayev focused on raising educational standards as a means to attract investment, creating the Bolashak program to send Kazakhstan’s best students abroad and joining the Bologna process of educational standards. These policies attract talent and foreign investment, and also help permeate a spirit of optimism for the future in society. The combination of abundant resources, domestic peace, rising economic living, educational, and scientific-technological standards, will clearly attract new investment. According to the World Bank, Kazakhstan has already transitioned from lower-middle-income status to upper-middle-income in less than two decades.

To be sure, Kazakhstan confronts many domestic and foreign policy challenges which are well known to observers and experts alike. It will have to meet the challenge of creating a more representative form of government as its citizens demand more say in political affairs. It also must deal with the current coronavirus pandemic even as it has moved expeditiously to enforce tough controls and support medical workers as well as preserve social supports for the population. And of course, it must keep steering between Russia and China. These are serious tests to the young state in the present and future.

But Kazakhstan now has numerous sources of resilience from which to draw upon. The tangible progress Kazakhstan has made since independence provides real ground for optimism for the future, and discredits the discourse of danger through which many have viewed the region.

How governments can use cyber tools irresponsibly to preserve power

Steps towards reform in politics, law, economics, administration, civil society, and foreign relations by the new Kazakh president should compel the United States and its allies to take a more engaged and active approach to Kazakhstan.