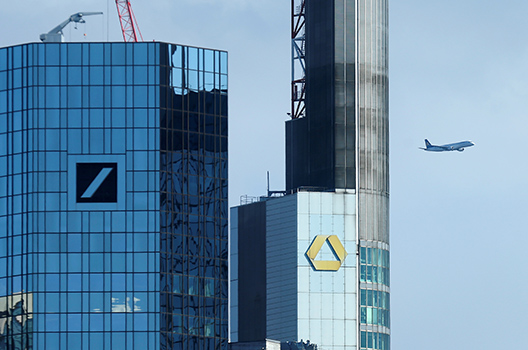 The diversity of financial institutions, with their differences in business models, liability structures, time horizons, and investment motivations could contribute greatly to financial resilience. Since the 2008 crisis, financial institutional diversity has helped sustain market liquidity while banks have curtailed their market-making activity [a readiness to buy and sell securities to accommodate their clients] due to regulatory changes and business strategies. Improving resiliency and liquidity in financial markets is critical to better finance the real economy, allocate risks properly, and support financial stability.

Many financial institutions and practices, together with regulatory and accounting requirements, however, tend to exacerbate cyclical fluctuations in the economy by buying assets or extending credit in good times and cutting back in bad times. It is important, therefore, to promote financial diversity and foster counter-cyclical behaviors among institutions capable of doing so. This helps reduce the risk of market imbalances leading to liquidity crises and offset self-reinforcing dynamics in times of financial stress. This risk has become important to guard against as the International Monetary Fund’s just-released World Economic Outlook finds the global economy entering a synchronized slowing phase.

The idea is to exploit the natural differences in the balance sheet structures of financial institutions like banks and investment funds on the one hand, and insurance companies and pension funds on the other, and develop regulatory and accounting regimes that encourage diversity of behaviors.

Banks and investment funds have a positive duration gap in their balance sheets—meaning the average duration of their assets tends to be longer than that of their liabilities. Consequently, banks and investment funds tend to act in a pro-cyclical manner. When asset quality deteriorates, prices fall, and interest rates rise, the value of banks’ assets declines by more than that of their liabilities. Regulatory capital and liquidity requirements increase under those circumstances, pressuring banks to liquidate falling assets.

Investment funds can sell into falling markets to meet redemption demand, according to research by the Bank for International Settlements. Funds can also buy and sell at the same time if they use similar investment strategies, sharing economic and market views.

The pro-cyclical practices described above can be ameliorated to some extent by regulations requiring higher capital and liquidity ratios for banks as well as heightened liquidity risk management. Better capitalized banks with sufficient liquidity can arguably contribute less, but more reliable, market liquidity—compared with the very liquid pre-crisis market conditions driven by high leverage, which turned out to be illusionary. Funds can also maintain adequate cash positions to meet possible redemption demand. In any event, pro-cyclicality remains a natural tendency for those institutions and needs to be managed.

By contrast, insurance companies and pension funds have a negative duration gap in their balance sheets and, under some circumstances, could play a stabilizing role in mitigating selling pressure. As their average asset duration is much shorter than that of their liabilities, when rates rise, the value of their assets fall by less than that of their liabilities. This strengthens their solvency, allowing them to acquire assets having fallen in prices. They thus can act in a counter-cyclical manner. However, some research indicates that this counter-cyclical behavior may need to be further supported. The International Monetary Fund’s Global Financial Stability Report observed that life insurance companies—but not property and casualty insurers—and pension funds act counter-cyclically in liquidity crises, but pro-cyclically in solvency crises.

More recent empirical research, using recently available granular data on security-by-security holdings by EU institutional investors, shows that their behavior is more nuanced. Overall, insurers and pension funds behaved in a counter-cyclical manner, but the intensity of such effect has weakened since the pre-crisis period. Other preliminary research notes that the counter-cyclical behavior of insurers and pension funds can be observed for safe assets whose value can be discounted by the same risk-free rate used for liabilities. However, these institutions tend to pro-cyclically reduce holding of risk assets, including equities and corporate bonds, as their values tend to fall by more than liabilities in a market correction.

Regulators should encourage insurers and pension funds to make more use of the counter-cyclical measures provided in the EU insurance regulatory regime Solvency II—as highlighted by the European Insurance and Occupational Pension Authority. While interventions by government authorities are necessary to stabilize severe financial turmoil, more counter-cyclical behaviors by insurers and pension funds, many of which likely stay resilient in a crisis, can help reduce the frequency and severity of financial crises. Remember: during the Great Depression in the United States and its aftermath, some 7,000 banks failed but most of the insurers remained financially healthy.

Jaime Caruana, a former general manager at Bank for International Settlements, is a member of the board of directors at BBVA.

Image: Outside view of the Deutsche Bank and the Commerzbank headquarters in Frankfurt, Germany, March 18, 2019. (REUTERS/Ralph Orlowski/File Photo)