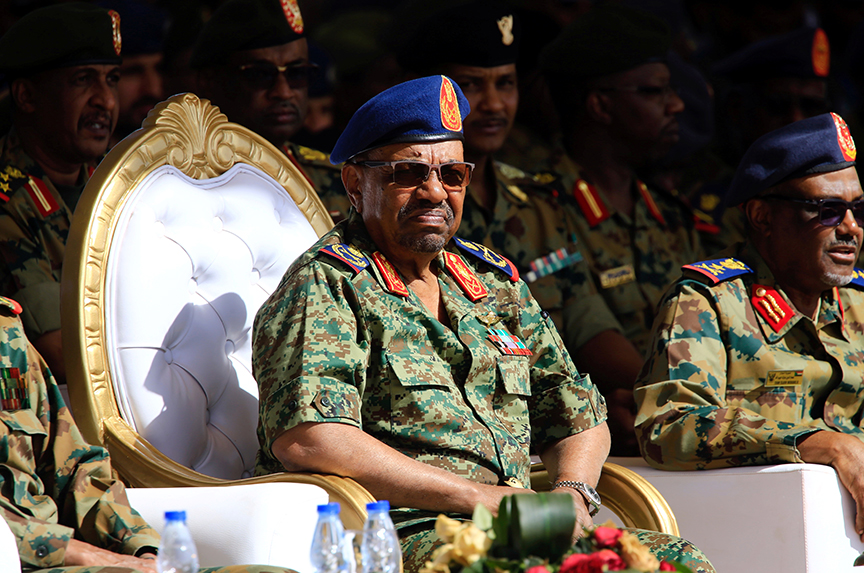 US President Donald J. Trump’s administration should conduct a long-overdue review of the designation of Sudan as a state sponsor of terrorism, according to a new report from the Atlantic Council’s Africa Center.

The Clinton administration designated Sudan a state sponsor of terrorism in 1993. US administrations have used the designation—not just in the case of Sudan—as a political tool.

“The question is: is that sensible in terms of Sudan,” asked Princeton Lyman, a former US special envoy for Sudan and South Sudan who serves on the Atlantic Council’s Sudan Task Force.

The US administration is required by law to conduct a six-month review of whether a country deserves to be on the state sponsors of terrorism list. That review has never officially been conducted for Sudan since 1993 despite growing acknowledgment within recent US administrations of Sudan’s cooperation on counterterrorism. “We are recommending that that review begin because if you are using it for other purposes we need to think about whether that makes sense,” said Lyman.

Sudan is one of only three countries on the State Department’s state sponsors of terrorism list. The other two are Iran and Syria.

Noting that the recommendation for a review is a controversial one because it is a “big element in the [US-Sudan] relationship,” Lyman added: “You have to ask yourself whether we are using that particular source of leverage in a correct way.”

Lyman spoke at the launch of the Africa Center’s report: “Sudan: A Strategy for Re-engagement” at the Atlantic Council in Washington on July 14. He was joined in a panel discussion by the report’s author Mary Carlin Yates, a former US charge d’affaires to Sudan, and Cameron Hudson, who served as chief of staff to the special envoy for Sudan and South Sudan in the Obama administration. Kelsey Lilley, an associate director in the Africa Center and co-author of the report, moderated the discussion.

“Past strategies that successive [US] governments have had have not brought the changes for the United States that we have sought in our relationship with Sudan,” said Yates. Rethinking major elements in the relationship is important not just for the US-Sudan relationship, but because Sudan is in a volatile region, she added.

Sudan was ravaged by two decades of civil war that claimed the lives of around two million people. In 2011, South Sudan declared independence from Sudan. The world’s youngest nation has since been crippled by corrupt, quarrelsome, and incompetent leadership.

A key challenge to US policy on Sudan has been the difficulty of recognizing that “the divorce between Sudan and South Sudan is final,” said J. Peter Pham, vice president for research and regional initiatives and director of the Africa Center.

“While the fates of these two countries will always be intertwined, both Sudan and South Sudan require distinct and independent strategies of engagement,” he added.

“Sudan: A Strategy for Re-engagement” makes the case for deeper US engagement with Sudan. This, the authors suggest, can be achieved through augmenting diplomatic efforts, assessing the future of sanctions of restrictive measures, recognizing the dire economic realities in Sudan, and prioritizing the Sudanese people.

Sudan’s designation as a state sponsor of terrorism and the indictment of its president, Omar Bashir, by The Hague-based International Criminal Court on charges of committing genocide, war crimes and crimes against humanity in Sudan’s western Darfur province have been significant stumbling blocks in the relationship between Washington and Khartoum.

Contending that the actions of the Sudanese government, particularly human rights abuses and repression of religious freedom, “continue to be completely odious… and there is every reason not to want to engage with this government,” Hudson added: “The question is: is that going to work? Is that going to bring about the change that we want?”

International pressure, including US sanctions, has failed to bring about any change in Sudan. “We have been waiting for the Sudanese economy to collapse, waiting for [Bashir’s government] to fall, waiting for the popular uprising to begin, but it hasn’t,” said Hudson.

The Bashir government has withstood a major loss of oil revenue to South Sudan and sporadic street protests. These uprisings over the past few years, “haven’t been the spark to light that place on fire and we have to question whether or not we want it lit on fire because the consequences of that would be really dire,” said Hudson.

Emphasizing the need for a diplomatic track—which includes, as recommended in the report, the appointment of a US ambassador in Khartoum—Hudson said: “The toolkit on punitive measures has been wide open for decades now and the other elements of that toolkit have remained in the toolkit by and large.”

Yates acknowledged that the sanctions may not have achieved the goals that the United States set out to achieve in the first place.

US sanctions have had limited, if any, success in places like Cuba and Myanmar. As part of a diplomatic opening with these two countries, the Obama administration removed Cuba from the state sponsors of terrorism list in 2015 and lifted economic sanctions on Myanmar in 2016.

Lyman said it is important to engage with Sudan not because the government in Khartoum has become “a paragon of virtue,” but to encourage change in that country. The alternatives to engagement are not attractive, he added.

However, he conceded, Sudan lacks an indigenous democratic movement that is prepared to take over leadership of the country. “I don’t think there is a single party in Sudan that is both committed and capable of governing Sudan democratically. That is a hard truth,” he said. A lot of work needs to be done to open up the political space in Sudan, he added.

Hudson said the “missing ingredient” in the relationship is the lack of credibility on both sides. “We all entered into this conversation with the Sudanese recognizing that we don’t fully trust them and they don’t fully trust us, and there are a lot of good reasons on both sides for that lack of trust,” he said.

The report notes: “While symbolic, the absence of a Senate-confirmed ambassador in Khartoum since 1997 has reduced US access, influence, and effectiveness, leaving the American chargé d’affaires in Khartoum and the president’s Special Envoy in Washington to tag-team US policy in Sudan.”

Yates considers the report’s most significant recommendation to be the appointment of an ambassador.

Further, she added, the United States could play a positive role in helping with reforms that the Sudanese are looking to themselves undertake.

“Just because we have had ups and downs in this relationship, this does not have to preclude having a positive future of trust and cooperation—that possibility is there,” said Yates.