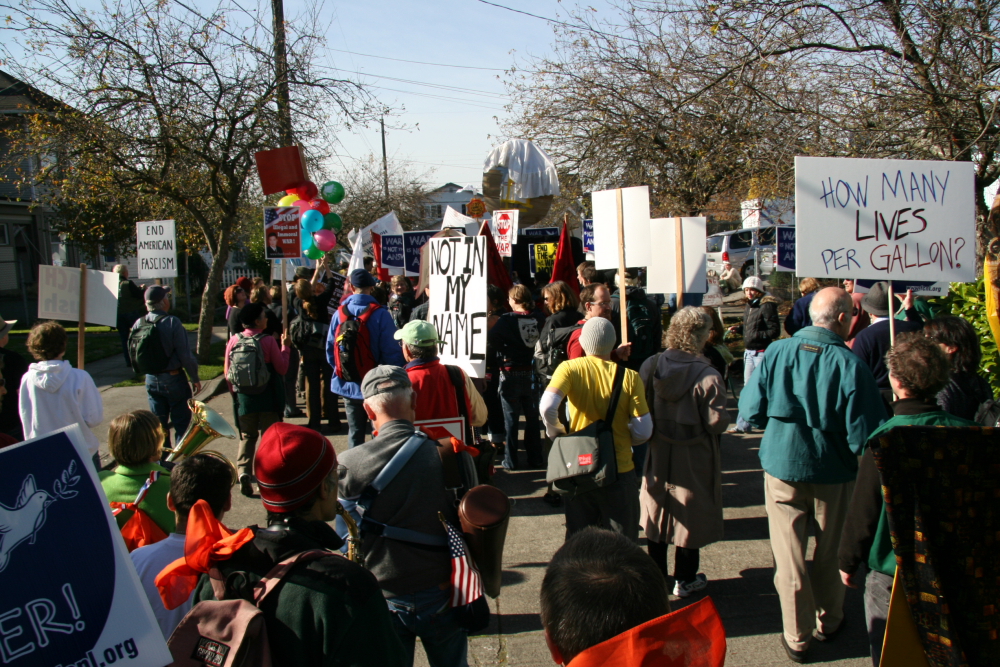 Cernig, a pseudonymous “forty-something ex-pat Scotsman living in the USA” whose “abiding interest is foreign policy — or to be precise the domestic policy that America inflicts on foreigners,” jumps off from Bob Manning’s recent reflection on a post-American world to lament the general lack of interest of Americans in world affairs.

Americans have been told for so long that America’s status and power means that it doesn’t have to care about the opinions of those beyond its shores unless it wants to that – surprise, surprise – Americans have stopped caring about what goes on beyond their own shores unless Americans are doing it. I’ve noticed this in my contributions to Crooks and Liars, where I mostly post foreign policy and foreign affairs pieces. With the exception of hot-button issues having an impact on domestic politics such as Iraq and, lately, Afghanistan, foreign affairs posts get about a third of the comments that domestic affairs posts do. And it’s not just my posts – anyone writing such posts gets the same lackluster response. Quite often, several of the comments will be along the lines of “Who cares? Get back to the domestic scandal de jour.”

Sure, people are naturally more interested in what’s close to home. But in today’s world what’s going on ‘over there” is close to home. America’s fall from sole superpower will effect every single American’s life in immediate ways, from their bank account to their job to their sons and brothers fighting in foreign realms. I wrote once that American foreign policy consists of inflicting domestic policy on foreigners. In the new multi-polar world that’s going to have to change some, but there’s scant sign on either Right or Left that the bulk of Americans are ready to admit it in their hearts, rather than their heads.

Having been an ardent student of American politics and world affairs since my teens — my interest was sparked by the Iran Hostage Crisis and the 1980 presidential campaign and hasn’t waned — I agree completely.

Still, it’s not hard to understand why Americans are more interested in domestic affairs than international relations.  For one thing, it’s hardly a unique American trait to care more about local, pressing issues than those which are remote.  Americans, however, are much more isolated from the world by simple geography than their European cousins.  One could live in, say, Chicago and regularly travel hundreds of miles while never leaving the United States.  The same simply isn’t true for someone living in Berlin or Paris or London or Madrid.

Beyond that, it’s simply much easier to engage with domestic issues.  Having spent years both teaching political science to university undergraduates and writing about public affairs on blogs, I can attest that everyone considers themselves an expert on American politics, regardless of their actual knowledge level.  It’s easy to have a strong opinion on abortion, capital punishment, fighting crime, whether the president is doing a good job, or who should be the next president.  One can master the talking points in hours and use them over and over for years, perhaps decades.

By contrast, even faking knowing what you’re talking about on foreign affairs is difficult.  I have a PhD in the field but knew next to nothing about the issues involved in Abkhazia or the Pakistani tribal areas until they came onto the American radar screen.  The world is vast and the issues are complex.  Further, they are a moving target, affected by an intricate series of relationships and events, in a way that the cornerstone domestic issues simply aren’t.

Add to this the fact that one is much more likely to find oneself engaged in a discussion about domestic politics than foreign policy, one could argue that choosing not to spend much time on the latter is a demonstration of rational ignorance, “when the cost of educating oneself about the issue sufficiently to make an informed decision can outweigh any potential benefit one could reasonably expect to gain from that decision, and so it would be irrational to waste time doing so.”

Furthermore, it’s worth pointing out that Americans can become quite animated about foreign policy issues that do touch close to home.  The passion aroused in response to the Vietnam and Iraq wars, the aforementioned Iran Hostage Crisis, and the global war on terrorism that followed the 9/11 attacks are the most obvious examples. To be sure, even in these cases, the mass public’s knowledge is thin and often emotional.  Then again, that’s true of domestic issues as well.