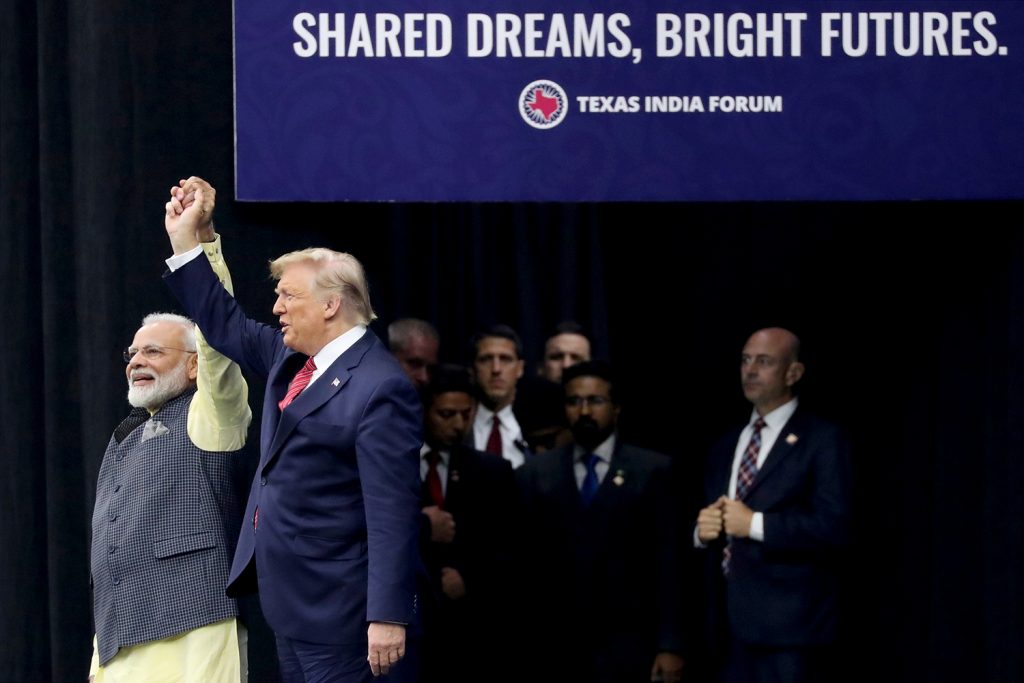 After nearly two years of complex negotiations, the United States and India are close to securing a narrow trade deal that would strengthen commercial ties between Washington and New Delhi. Yet as negotiators prepare for the final stage of the talks, India’s efforts to advance three new tech policies could emerge as a potential spoiler. Preventing a downward spiral in bilateral trade relations will require India to tread cautiously in its approach to tech policy and delay new measures that would disrupt a trade deal.

While India’s tech policies are not the focus of the current trade talks, they loom over the discussions as a potential powder keg. Indeed, the Office of the United States Trade Representative (USTR) has threatened to conduct a Section 301 review of India’s market access barriers in response to new tech sector policies that negatively impact US companies, such as proposed data localization measures or broad restrictions on e-commerce companies. If initiated, such a review would pave the way for additional U.S. tariffs on India and almost certainly destroy any prospect of a short-term trade deal.

In this context, USTR has positioned the Section 301 review as a critical inflection point and policy deterrent. It has placed the onus on New Delhi to modify its approach to tech sector regulation or risk derailing a trade deal altogether.

USTR’s calculus may soon be put to the test. In the coming weeks, the Modi government is poised to advance three tech policies that will likely impose onerous restrictions on US firms. Each of these measures could convince USTR Robert Lighthizer to greenlight a Section 301 review:

In the current political and economic climate, the Modi government is likely to face strong domestic pressure to advance each of these three policies rapidly. This, in turn, will create incentives for bureaucrats or parliamentarians to limit additional stakeholder consultations, internal deliberations, and industry engagement. New Delhi would be wise to resist these pressures and exercise restraint. Instead, it should recognize the potential impact of tech policy on the US-India trade deal and take a measured approach to tech sector regulation across three important dimensions.

First, India should privately commit to a six-month moratorium on new tech policies, including the three measures outlined above. This would give trade negotiators adequate time and space to finalize the long-sought trade deal and set the stage for additional trade talks covering a wider set of issues. To secure political buy-in for such a concession, New Delhi could offer the moratorium in exchange for a reciprocal US moratorium on a Section 301 investigation that would last six months.

Second, ministry officials and parliamentarians should use the six-month period to launch a series of new stakeholder consultations on the Personal Data Protection Bill, e-commerce policy, and intermediary guidelines. This would require Indian ministries to publicly release the latest drafts of these bills and policies, which would help ease some of the uncertainty facing US companies by itself.

Third and finally, Indian trade officials should establish a dedicated dialogue with the United States to address differences on tech policy issues that are likely to continue in the years ahead.  This concept has already emerged in the context of the present trade talks and it offers New Delhi a valuable platform to raise its own tech sector priorities with Washington. New Delhi should embrace this platform and urge Washington to do the same.

Ultimately, India and the United States have great opportunities for cooperation as economic partners and digital powerhouses. If restraint from New Delhi can help unlock the full potential of this partnership, it is a risk well worth taking.

Anand Raghuraman is an associate at The Asia Group, LLC.

Is e-commerce the deal breaker for India-US trade talks?