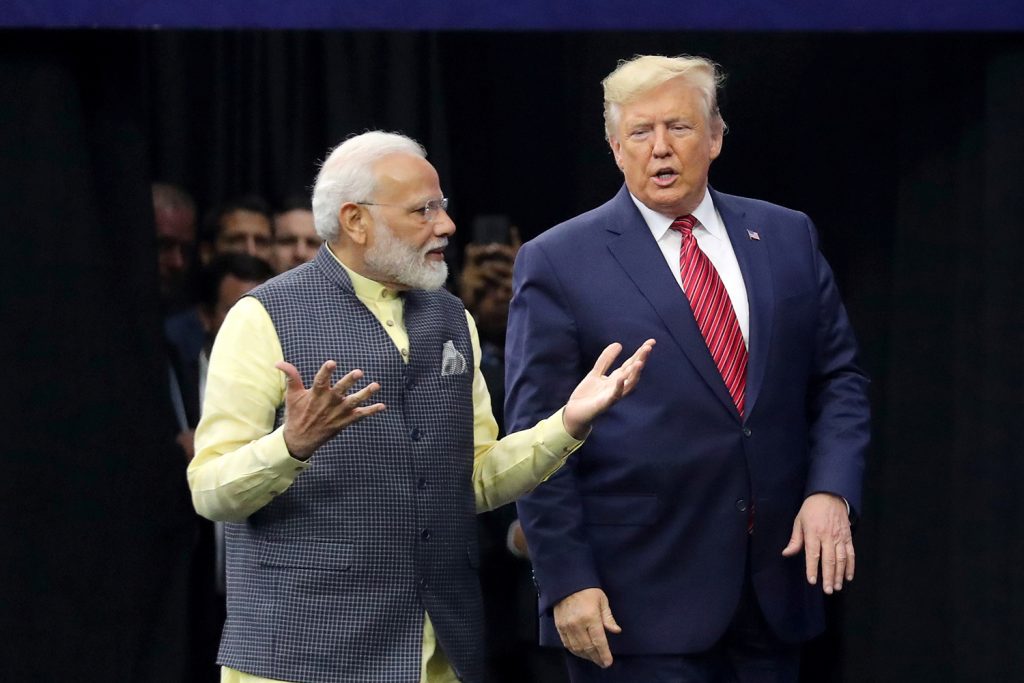 As leaders and senior officials returned home from nearly a week of meetings and soirees on the margins of the annual United Nations (UN) General Assembly in New York City, observers could finally catch their breath and assess the significance of an unusually high volume of announcements, ranging from climate change and human rights to international finance and trade.

The clear headline grabber on trade was the announcement by the United States and Japan that they had reached an interim deal on tariffs and digital economy—what appears to be a first installment for a possible free trade agreement (FTA). This deal is a stand in for the one concluded during the Obama administration as part of the Trans-Pacific Partnership (TPP), although, by falling short of that example, it is more likely to get serious scrutiny from other countries in the World Trade Organization (WTO) given that it falls short of objective standards of what constitutes an FTA under WTO rules.

Despite high expectations in the run-up to the “Howdy Modi” event before the UN General Assembly meetings and the bilateral meeting between US President Donald J. Trump and Indian Prime Minister Narendra Modi in New York two days later, there was no mini US-India trade deal to compete for the limelight with the US-Japan deal. That is a shame. There was no more auspicious a moment for creating an historic precedent on trade between the two countries—as limited as it was likely to be. We can only hope that the momentum for a deal has not entirely slipped away and that efforts by US Trade Representative Robert Lighthizer and Indian Minister of Commerce and Industry Piyush Goyal bear fruit in coming days.

The US-India relationship, now and for the foreseeable future, is of enormous consequence.  Many observers engage in repetitious referencing (and they are correct in doing so) of shared values between the United States and India, as the oldest and largest democracies, and of their growing strategic interests, particularly as China continues to rise. This relationship has the potential to be uniquely strong in ways that will have global implications. And the Indian and broader South Asian diaspora in the United States is an increasingly important contributor to what makes America great as a diverse, open, and innovative society.

That said, the trade relationship has generally been seen as lagging compared to the emergence of the strategic one. As pointed out by Indian External Affairs Minister Dr. S. Jaishankar in his appearance at the Atlantic Council this week, all of the indicators of the economic relationship, including trade, are positive. What has been lacking is a government-to-government shared vision of how to build bilateral trade agreements to underpin the burgeoning commercial relationships.

That can start with a first, even if small, trade agreement to fix a series of immediate priorities.  Unlike the Japan deal, a US-India deal may not be a precursor to an eventual bilateral FTA. That’s an aspiration for the future and should not be on the immediate horizon. But it could go some distance in building up a new dynamic of mutual interest in resolving trade problems as they crop up and identifying opportunities for promoting regulatory reforms that can nurture the growing commercial ties between the two countries. As the Atlantic Council noted in its recent report on trade with the US-India Strategic Partnership Forum, the two sides can work together to build incrementally a foundation of successes on the trade front—ones which can further nurture the trade and investment interests of their producers and exporters, large and small. With a record of successes, they may find at the appropriate moment that they have reached a point of sufficient mutual trust to seriously explore the ultimate model of bilateral economic integration—a full-fledged, deep, and broad FTA.

While this vision should be sufficient to maintain the impetus to conclude a trade deal in coming weeks, an additional motivation should be the desire to avoid a further inflaming of tensions on trade. That is not a pretty picture. It likely would involve new tit-for-tat actions to restrict trade and investment between the two countries and would deepen the perceptions of their respective stakeholders that the other side will never play fair. At best, this scenario likely would significantly delay the start of a new kind of US-India trade relationship.

Even if the opportunity for an agreement in New York has come and gone, there appears to have been sufficient progress for the two trade teams to conclude a deal very soon.  This window may not be open for long and once it has closed, we may find that the trade relationship is again stuck in a longstanding paradigm that does not serve a growing friendship well.