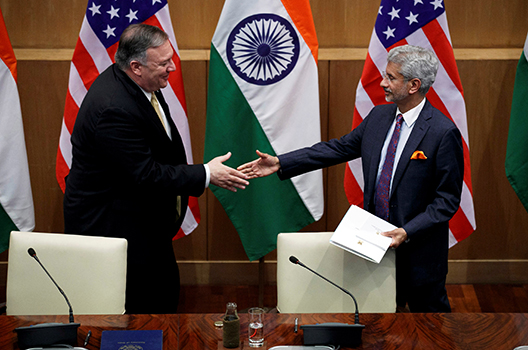 Trade at a Crossroads: A Vision for the US-India Trade Relationship, a joint report with the Atlantic Council’s South Asia Center and the U.S. India Strategic Partnership Forum, provides an expert analysis of the current state of the relationship, including recent negotiations, and recommendations for the path forward in the short-, medium-, and long-term. This report urges both countries to prioritize efforts to manage current tensions, reach an early agreement and build on successes to initiate a series of cooperative projects in areas such as intellectual property rights, digital trade and regulatory coherence, mirroring previous successes on the WTO Trade Facilitation Agreement. Finally, the report provides a sober assessment of future prospects for a bilateral Free Trade Agreement (FTA). While highlighting many compelling reasons to avoid rushing into exploration of an FTA in the near future, it concludes with a vision of this ultimate form of economic integration through trade negotiations.