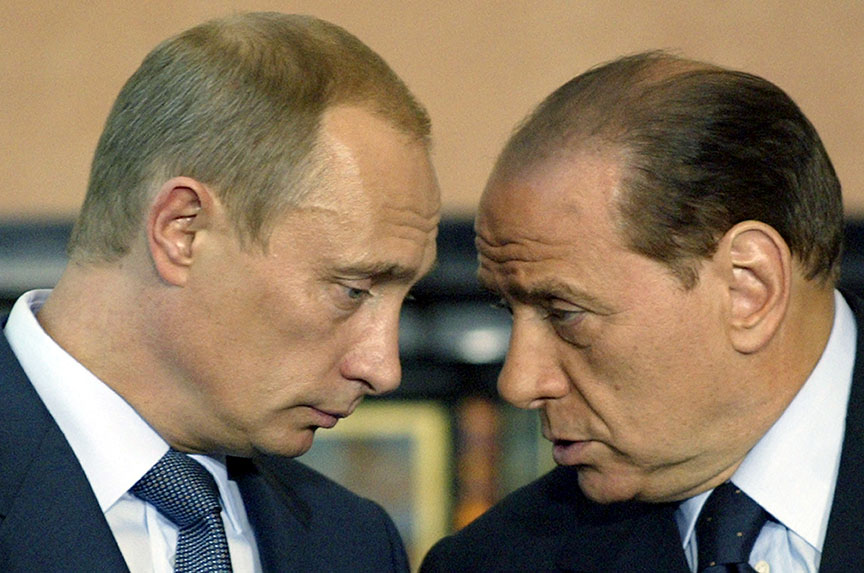 Russian interference in Western democratic elections remains a top concern for the transatlantic community following a series of recent consequential votes on both sides of the Atlantic. Over the past several months, campaigns in the United Kingdom, United States, France, Germany, and elsewhere have been subject to Russian meddling, garnering increasing attention on the international stage. With Italy’s national elections next on the docket, anticipation over Russian motives and capabilities inside the Italian electoral space continues to mount.

The impact of Russian interference has varied across these cases, and the Kremlin has honed its ability to tailor its tactics to each individual event. For example, in the United States, Russia conducted a long-term campaign to undermine the 2016 presidential elections, using a steady trickle of leaks and disinformation, which was readily amplified by various actors in media and across the political spectrum.

By comparison, in France, the Kremlin used more direct measures by funding far-right parties such as the National Front and releasing major leaks during the critical final moments of the presidential campaign. In Germany, Moscow more aggressively targeted Russian speakers and orchestrated phishing attacks against parties.

The Italian case is particularly interesting, given the country’s historical, political, business, and personal ties with Russia.  After all, Italy’s Communist Party remained the largest interlocutor in Europe for the Soviet Union during the Cold War, and even after its fall, Italy consistently carved out an inclusive role for Russia on the European security stage. Rome championed the creation of the NATO-Russia Council, advocated to include Russia in the European Union (EU)’s Eastern Partnership program, and petitioned against the renewal of sanctions against Russia in the wake of Russia’s military actions from Ukraine to Syria.

On the economic side, Italy has also traditionally maintained strong ties with Russia via links in the industrial and energy sectors, including through Italian oil and gas group ENI, drilling company Saipem, and Italy’s largest bank Intesa Sanpaolo. The two countries are important trading partners: Italy continued to be a top consumer of Russian goods in recent years and increased exports to Russia by more than 20 percent from 2016 to 2017.

While this close cooperation is not negative in principle, if the Kremlin is able to use overt influence in a broader strategic play to manipulate Italy’s elections and advance its own geostrategic interests, the impact will go well beyond the March 4 elections as well as Italian domestic politics.

The 2018 Italian Elections: Who are the players and how are they connected to Russia?

In the run-up to the 2018 Italian parliamentary elections, the Kremlin demonstrated its ability to foster strategic ties with forces across Italy’s political spectrum.

MS5 called for national defense spending cuts and remained anti-NATO, which particularly favors the Russian position and was highlighted and enthusiastically amplified by Russian media platforms. However, the divided movement’s ever-shifting policy stances make it a more precarious partner for the Kremlin.

Lega has defended Russia’s actions on the world stage—including in Syria—and shares similarly traditional and conservative social policies with Russia (e.g. anti-LGBT). The party’s leader, Matteo Salvini, has made several trips to Russia, frequently appeared on Russian media outlets, and even signed a historic agreement codifying official ties with the United Russia party, making him an appealing ally for Russian President Vladimir Putin.

One of the strongest Russo-Italian connections is between Putin and former Italian prime minister and current leader of the center-right Forza Italia (Go Italy) party, Silvio Berlusconi. The two maintained a long personal friendship and traveled on several well-documented, elaborate vacations together. Beyond their common values and modus operandi, Putin and Berlusconi share a broader world view. The leaders aligned on a number of key international issues, such as the invasion of Iraq in 2003, operations in Libya in 2012, the crisis in Crimea in 2014, and the ongoing Syrian conflict. Berlusconi fashioned himself as a bridge between the West and Moscow, and more recently served as an intermediary between Putin and the current Italian government. As the main shareholder of Mediaset, Berlusconi also influences or controls most Italian television channels, which often adopt a similar editorial tone to Russian media outlets, such as Sputnik and RT.

To a lesser extent, the Kremlin fostered a relationship with former Italian prime minister Matteo Renzi, who is running as the head of Italy’s Democratic Party (Partito Democratico, PD) aiming to hold together a delicate center-left coalition. Despite his position as a strong ally of the West—and the United States in particular—Renzi tried to cultivate closer economic cooperation between Italy and Russia during his term. Though he backed initial sanctions against Moscow after the Ukraine crisis, he opposed their renewal and searched for openings to bring Russia back into Europe’s security discussions. While in office, Renzi also described Russia as an indispensable partner for Europe, praising Putin’s “wise approach” to controversial issues on the global stage, such as the Syrian crisis.

What does this mean for the March 4 vote?

Given the volatility in Italian politics, the Kremlin diversified its investment to maintain a broad spectrum of openings with each significant party ahead of the March 4 vote, as opposed to a targeted interference campaign to favor one side.

Unlike other cases, because of the depth and breadth of overt Russo-Italian ties, the overall opportunity for covert and wide-spread interference in the Italian elections remains limited. While the Atlantic Council’s @DFRLab has reported on several individual or localized instances of disinformation or interference, such as questionable migration metrics that permeated the political debate, most of these incidents have been propagated by Italian actors rather than foreign forces.

Still, this does not mean that Russia is not keeping a close eye on the Italian elections. No doubt certain results will be more advantageous for Moscow than others.

Some form of Forza Italia victory that would hand Berlusconi the political reigns—even if informally since he is barred from holding public office due to a tax fraud conviction—may be the most ideal option for Putin. While Lega is not likely to win wide-ranging power as a party itself, if Salvini is able to exercise a degree of influence within a coalition, the impact would also hold some value for Putin.

MS5 held the highest numbers in recent polls but is not expected to gain enough support to govern outright; however, if the movement decided to enter a broader coalition, it could still win control over several key posts aligned with the Kremlin’s foreign policy—provided the diffuse movement is able to maintain a consistent platform.

Perhaps the most consequential, albeit unlikely, scenario would be a coalition between Lega and MS5, which could seriously jeopardize relations between Italy, the EU, and the United States, posing real political, security, and economic implications on an international scale. Yet even if the center-left PD wins, placing Renzi in some kind of leadership role, there could still be some openings for cooperation between Italy and Russia, especially in the economic realm.

In light of this, there is a possibility that more significant Russian interference could actually occur after the March 4 vote, in an effort to influence the way the next Italian government is formed. Furthermore, lack of large-scale interference across the Italian campaigns thus far could potentially indicate that Russia has been experimenting with new tactics or methods it intends to use during the highly-anticipated 2019 European parliamentary elections, which could pose more far-reaching consequences in the long term.

In any case, the key takeaway is that without employing a substantial interference campaign, and instead utilizing historical, political, economic, and personal ties, Russia has positioned itself to gain a partner in the West and an EU voice more sympathetic to Russian interests, regardless of the outcome of the Italian elections.  What exactly the Italy-Russia relationship will look like remains to be seen, but it will likely stay in the sites of transatlantic security watchers for months after the March vote.

Lauren Speranza is associate director of the Transatlantic Security Initiative in the Atlantic Council’s Scowcroft Center for Strategy and Security. You can follow her on Twitter @LaurenSperanza.