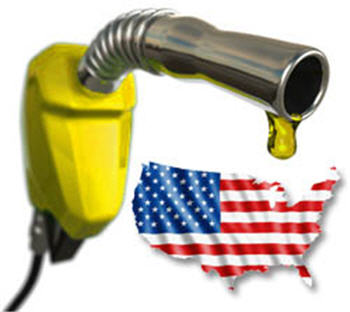 A smart energy policy is one that successfully integrates energy security (adequate, reliable supplies of energy at reasonable prices), national security and climate change policies so that they are not pulling in opposite directions.  President-elect Barack Obama’s choices of former EPA administrator Carol Browner to coordinate energy and environment policies, and of Steven Chu, director of Lawrence Berkeley lab, a Nobel Prize-winning physicist who has been on the cutting edge of trying to develop new, non-carbon energy technologies suggests such an intention.

But first the new administration will have to discard some popular but seriously flawed ideas that it has embraced. At the top of the list: energy independence.

Since Richard Nixon first declared it an American goal nearly four decades ago, energy independence has become a rallying cry of politicians and pundits just about every time oil prices spike. Never mind that since that time our dependence on imported oil has grown to 58 percent of the 20 million barrels a day we consume. Energy independence! It seems to rank right up there with the Pledge of Allegiance. But is it achievable — or even necessarily a desirable goal?

There is a compelling case that this is the wrong way of thinking about energy. It may lead us in directions that pit energy against environment policy, national security against anti-global warming efforts. (A recent book, Gusher of Lies by Robert Bryce, makes a good case for this.)

Why? Well, take ethanol for starters. Few politicians dare utter a word against the motherhood and apple pie of turning Iowa corn into gasoline, a strike at the heart of greedy OPEC oil producers. Ethanol even derailed the Straight Talk Express. Prior to his 2008 campaign, ethanol was one of Senator John McCain’s favorite examples of pork. Bryce cites McCain as saying in 2002 that ethanol is, “a giveaway to special interests in corn-growing states at the expense of the rest of the country.” In 2003, he cites McCain as pointing out that ethanol “does nothing to reduce fuel consumption, nothing to increase energy independence and nothing to improve air quality.” Strong words. Yet no such words were heard during Campaign 2008, underscoring the strong bipartisan consensus behind large ethanol subsidies (more than $7 billion a year, not to mention $.54 a gallon tariffs on imported ethanol, though Brazil’s sugar-based ethanol is far more efficient and could put cheaper fuel in our gas tanks).

In fact, numerous life cycle analysis studies show that the energy it takes to grow, transport and process corn into ethanol results in little or no real gain in terms of either reduced greenhouse gas emission or air quality.  As we saw last summer when food prices skyrocketed, driven by $147 a barrel oil, taking more than 20 percent of the corn crop away from food production for fuel also points to the limits of corn-based ethanol.

But if your main goal is energy independence, there is a good case for subsidized ethanol. Every gallon of ethanol into the tank is one less gallon imported. There is a national security argument in the post-9/11 world: every dollar spent on ethanol is that many fewer dollars sent to Middle East producers, where some of it may end up financing the very terrorists we are fighting. But that rationale runs contrary to environmental goals – and the logic of a global economy.

Similarly, if the goal is energy independence, why not use our 500 year stock of coal reserves to manufacture coal-to-liquids? The Fischer-Tropsch technique to do so is a proven and readily available technology. However, it is an expensive and dirty technology which would add to greenhouse gas (GHG) emissions.

Whatever happened to globalization? There appears little fear and loathing because we depend on Taiwan or Malaysia for semi-conductors or LCD plasma screens. Or similarly, the fact that we are heavily dependent on foreign producers for a large array of strategic minerals like manganese, titanium, gallium, and several dozen more has not stoked national panic.

We live in a heavily interdependent, globalized world and energy is no exception. Oil is a good example of a truly global market. In fact, we get little oil from the Middle East. One of Washington’s best kept secrets is that the US gets barely 10 percent of its oil from the Middle East. Canada is our largest supplier. Most of our other oil imports come from the Western Hemisphere (Mexico and Venezuela, most notably) and offshore West Africa. But regardless, a disruption of supply in the Nigerian delta or Saudi Arabia, in fact, anywhere, means a price spike everywhere.

The key issue is not foreign oil: it is dependence on oil, period. At the moment, there is no alternative energy source able to replace oil, 75 percent  of which is used for transportation, anywhere even close to the scale of American demand.

A more useful framework for thinking about energy and how to meld it with environmental and national security concerns is to see the world as being in the initial stage of a transition to a post-petroleum economy. Energy policy decisions viewed through that prism are far more likely to result in choices that help reduce GHG emissions and hasten the transition to a post-oil dependent world. There is no, repeat, no silver bullet. The challenge is to develop a mix of clean energy technologies.
A Whole New World
This requires, as Obama has emphasized, a priority of investing in new clean energy technologies. We are likely to see a mix of technologies emerging over the coming generation that will gradually transform the way we get and use energy.

It probably also means an expansion of nuclear power, which currently provides 20 percent of electricity in the U.S. To do so, however, requires coming to grips with the nuclear waste problem. Controversy over the national repository at Yucca Mountain in Nevada is in part about how high you set the bar for safety. Most scientists would testify that the likelihood of waste in vitrified (encased in glass) form, which is then placed in lead containers and monitored 24/7, leaking is extremely low. But very few would assure the Congress that the chances of radiation leaking in the next 20,000 years is zero. So how safe is safe enough? (And by the way, much of the uranium required will be from foreign suppliers.)

But regardless, nuclear is only one form of energy that is free of GHG emissions, one arrow in the quiver of post-petroleum technologies. In fact, we are on the cusp of a number of promising new technologies, which when fully played out over the coming generation, will amount to a revolution in the way we get and use energy. High on the list are breakthroughs in battery technologies that will almost certainly make plug-in hybrid autos commercially viable and attractive to consumers within the next 18-24 months. And given our enormous reserves of coal, cost-competitive clean coal technology also will likely be in the mix. There is promise in cellulosic ethanol from algae and other non-food sources as well. Stationary fuel cells may power homes and office buildings and feed energy back into a smart grid by 2020. Moreover, there is work in nanotechnology and nanobiotechnology, materials science and a host of other areas that are likely to result in new clean energy technologies and more efficient technologies, some within the next decade or sooner.

A set of policies that creates incentives for investment in such technologies and incentives for consumers to buy and use them would accelerate their deployment – and their diffusion to key major consumers in India and China. This would require a big boost in well-managed research and development on the part of the government – and in partnership with the private sector. Economists argue that policies that put a price on carbon, a carbon tax, or a cap-and-trade system would send market signals that would tend to accelerate such investment. According to the Washington Post, Larry Summers and other senior Obama economic advisors favor a carbon tax as more efficient than a cap-and-trade approach.

Research in solar and wind technologies has brought down the cost dramatically over the past three decades, though solar still has some distance to go. But wind can now produce energy at 10 cents a kilowatt/hour. That is getting within range of coal (which still provides 50% of our electricity).

These signs of progress are cause for optimism. The issue is one of timing: whether key new technologies hit the market before oil demand rises to a level supply may not meet. But the world will get there a lot sooner if we are clear on what goals are being sought. In that sense, energy independence can be a costly diversion.

Robert Manning is a Senior Advisor to the Atlantic Council.  The views expressed here are solely his own, not those of any U.S. government agency.