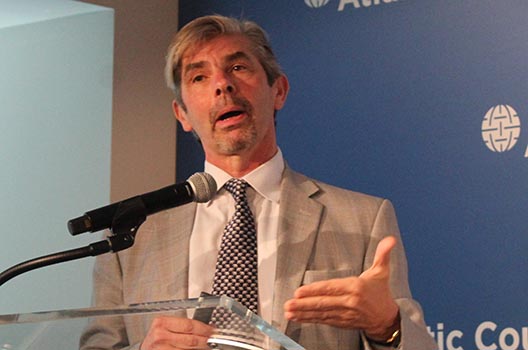 After elections to the European Parliament from May 23 to 26 saw the two main political parties in Europe lose seats to smaller Euroskeptic and pro-integration parties, European leaders must now figure out how to navigate an increasingly fractured political landscape, while also capitalizing on renewed interest in the Union underscored by the highest voter turnout since 1994.

Despite predictions that Euroskeptic, populist, and far-right parties would potentially swamp more pro-European integration parties, the elections saw only a moderate increase in Euroskeptic representation, while the solidly pro-European Union Alliance of Liberals and Democrats for Europe (ALDE) and Greens-European Free Alliance (Greens) both saw double-digit seat increases. Emiliano Alessandri, a nonresident senior transatlantic fellow with the German Marshall Fund of the United States, said the result “is a turning point… Those of us who believe in a strong and united Europe should feel relieved after this election.”

Benjamin Haddad, director of the Atlantic Council’s Future Europe Initiative, which hosted the panel of EU experts in Washington on May 29 to dissect the election results, explained that the surge of smaller parties across the political spectrum means “this European Parliament is going to be more dispersed, more scattered” than in the past. The two traditional leading parties in Europe, the center-right European People’s Party (EPP) and the center-left Progressive Alliance of Socialists and Democrats (S&D), experienced double-digit seat losses and no longer form a joint majority in the Parliament. While this will make coalition forming more difficult, Haddad argued that it “is a positive thing. It shows the diversity [and] pluralism of European democracy.”

Célia Belin, a visiting fellow in the Center on the United States and Europe at the Brookings Institution, explained that after years of facing challenges from a resurgent Russia, international terrorism, and increased migration flows, many Europeans had a “profound desire to just shake up politics,” which manifested in support for both Euroskeptic parties and the pro-European ALDE and Greens. Sophia Besch, a Berlin-based research fellow for the Centre for European Reform, agreed, explaining that for many voters, the Green and liberal parties “positioned themselves as the response to the right wing” more effectively than the traditional parties.

European Issues to the Forefront

Besch added that the increase in turnout and support for parties based on their views on European integration “is an indication that voters were thinking along European lines” at the ballot box, a departure from previous elections, which were primarily focused on national issues.

Antoine Ripoll, the representative of the EU Parliament in Washington, reported that polling data showed that “there were more common topics this election” across EU member states, including the economy, terrorism, migration, and climate change.

Importantly, Belin added, voters seem to be understanding the importance the EU plays in setting policy on these issues, as for instance, “Green parties all across Europe know that the battle needs to be fought in Brussels” on climate change.

Shifting political coalitions in the Parliament will be important for all of these policy areas as “the Parliament is an important policy actor; it is a co-legislator,” according to Atlantic Council Distinguished Fellow Frances Burwell. For instance, she said, the Parliament “approves every single trade agreement that the EU signs.”

Marietje Schaake, an outgoing member of the European Parliament (MEP) from the Dutch liberal Democrats 66 party, argued that this will be especially important on the issue of trade, as US and EU negotiators continue to discuss a new trade agreement. Schaake warned incoming Green MEPs that they should avoid the strict red lines they have had in the past as they gain more power in Brussels. These new MEPs, according to Schaake, will have a “fundamental choice of whether they are going to reject a number of outcomes because it is not good enough for them—not ‘green’ enough for them—or whether they are going to find themselves more inclined to join a constructive, results-oriented coalition of representatives and parties, that are going to continue to build a stronger Europe.”

Despite Schaake’s warning, Bart Oosterveld, director of the Atlantic Council’s Global Business and Economics Program, maintained that negotiations between Washington and Brussels are going so slowly that “we are not anywhere near the situation where we need to worry about the hypothetical about Parliament being able to approve it.” The selection of a new European commissioner for trade, however, will be very important, Oosterveld said, as that person will need to manage the delicate trade relationship with the Trump administration amid continued threat of US tariffs.

Alessandri added that the increased presence of the far-right in Parliament will make it more important for pro-European parties to manage their significant policy differences, as “we could see nationalist and sovereigntist parties trying to drive wedges between some of these [parties] and maybe succeeding in this on some issues.”

Did Disinformation Help the Far-Right?

Far-right populist parties had modest gains in the elections despite the fact that they “significantly dominated all the conversations [online on the] EU elections,” according to Nicholas Yap, assistant director of the Atlantic Council’s Digital Forensic Research (DFR) Lab. Although a significant portion of this online rhetoric was legitimate, far-right and populist parties received support from many of the disinformation campaigns and inauthentic coordinated activity the DFR Lab observed during the campaign, Yap said.

Yap recounted that one disinformation network in Spain produced “4.4 million tweets in half a year,” attempting to build support for the far-right Vox party.

The success of both far-right parties and pro-integration parties has highlighted “a cleavage between the sovereigntists or nationalists… and the integrationists,” said Katerina Sokou, an Atlantic Council nonresident senior fellow and Washington correspondent for the Greek daily Kathimerini. This divide is especially pronounced between Northern Europe, where integrationists did better, and Southern Europe, where populists did much better in countries such as Italy. This is partly because an issue such as migration “is first felt in the south. Some countries in the north maybe have more leeway… or feel that they can go on it alone,” Sokou said.

With a new Parliament elected, European leaders must now turn their attention to selecting a new president for the European Commission, the executive agency of the EU. The new president must be approved by Parliament and is supposed to be one of the spitzenkandidaten or “lead candidates” named by each of the European-wide political parties. Normally, the position would likely go to Manfred Weber, the choice of the EPP who placed first in the elections, but the fact that EPP lost seats makes that claim less legitimate, Burwell said.

Besch explained that German Chancellor Angela Merkel is still tied to Weber receiving the Commission presidency as the spitzenkandidat for the EPP but conceded that Merkel “is not particularly attached to Manfred Weber as a person.” Belin added that if Weber did not have the support to win, “it would be easier for [Merkel] to go all the way to a different candidate,” such as Margrethe Vestager, an ALDE spitzenkandidat and current European commissioner for competition.

Schaake argued that ALDE’s seat gain means it “will be in a king-making position” when selecting the next Commission president. While the heads of government of EU member states will nominate a candidate, the nominee must be approved by a majority in Parliament, which can no longer be assured with just votes from the EPP and S&D. Schaake downplayed the importance of the loss of the majority for EPP and the S&D as “we as liberals were often in the middle determining where the majority would fall.”

Ripoll declined to offer a prediction on who the Parliament would support, but maintained that parliamentarians want “as president of the Commission one of the spitzenkandidaten… who will be strong enough to build on the momentum that this turnout will create.”

This may run counter to the wishes of national leaders, however, Alessandri said, as many of them “do not want a strong candidate for the Commission” who could not be easily controlled by the national leaders.

Oosterveld argued that the Commission president will need to be a strong persona who can handle the various challenges facing the Union, especially Brexit negotiations. “Brexit needs to be managed as best as possible or as good as British domestic politics will allow, and that requires a strong hand in Europe,” he said.

While European leaders can breathe a sigh of relief that the populist surge proved less powerful than expected, significant challenges remain to bring together a fractured European political landscape and agree to leadership that can help Europe meet the many threats ahead.

Image: Antoine Ripoll, representative of the EU Parliament in Washington, DC, speaks at the Atlantic Council on May 29, 2019.